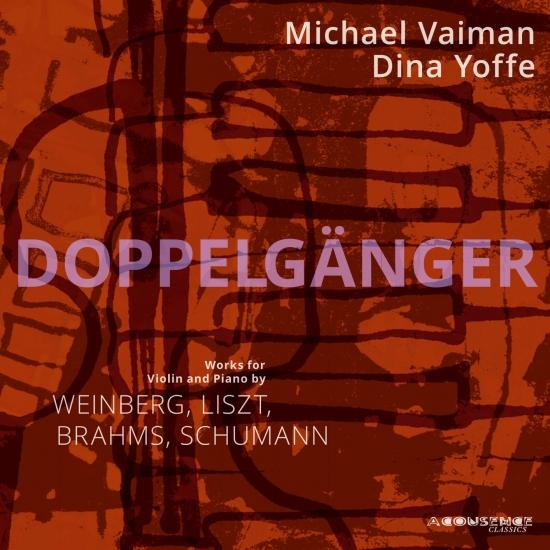 Michael Vaiman writes of this new release: Each great musical composition acquires new facets and colors when the composer creates a new version of this composition for another instrument. Bach's concertos or his other works are vivid examples of this. When we talk about new versions created by the composers themselves, it is not just that doppelgangers that are born. I think that the composer, sometimes consciously, sometimes intuitively, felt that in this music there is potential, which in the new version gives this creation a new life. All the works recorded on this album certainly belong to this category. Michael Vaiman was born in Ukraine. After graduating from the distinguished Stolyarsky School of Music in his hometown, he studied at the Tchaikovsky Conservatory of Music in Moscow under legendary violinist David Oistrakh and Semyon Snitkovsky. Especially noteworthy is the unusual range of his repertoire, which includes all violin sonatas by Beethoven, Brahms, Prokofiev, Franck, and Schumann and also all of Schuberts and Shostakovichs compositions for violin and orchestra. Vaiman is also the first performer of a number of works from modern composers.
Michael Vaiman, violin
Dina Yoffe, piano 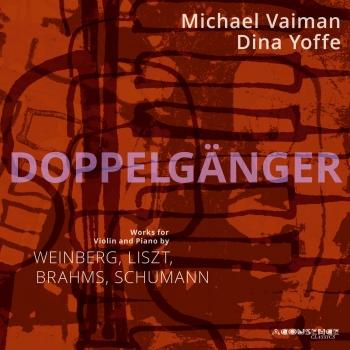 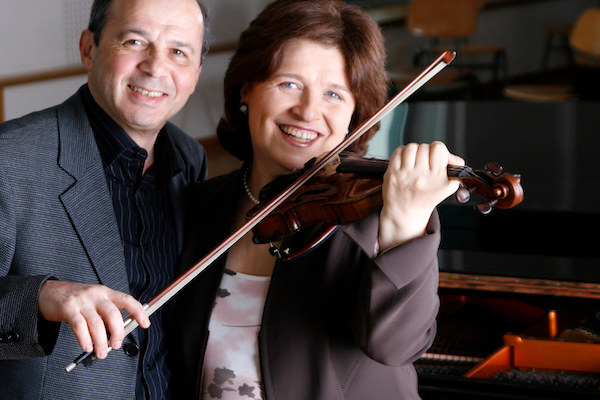 Michael Vaiman
Early in his career M.Vaiman already received critical acclaim as a "poet of the violin", along with his "technical brilliance", he has particularly been lauded for his "noble and articulate tone "and his "deep understanding of music."
Especially noteworthy is the unusual range of his repertoire, which includes all violin sonatas by Beethoven, Brahms, Prokofiev, Frank, Schumann also all of F.Schubert 's and Shostakovich's compositions for violin and piano.In his repertoire also many violin concertos with orchestra. M.Vaiman is also the first performer of a number works of the modern composers (B.Tischenko,L.Hoffman,D. Smirnov,E.Firsova) He founded a chamber orchestra in Israel, which he manages and conducts (1991-96)
Recently he performed both as a soloist and a chamber musician in USA, Germany, France, Italy, Japan, Israel,Poland, Ukraine and Russia. Among the high points of his international career where violin concertos performed with orchestras and conductors such as the Berlin Symphony Orchestra under G.Herbich, the Moscow Philharmonic under Y. Simonov, St. Petersburg's Symphony under A. Jansons, London Soloist Chamber Orchestra, Lithuanian Chamber Orchestra under S. Sondezkis, Tokyo Soloist Chamber Ensemble, Moscow Soloists under Y.Bashmet.
He also participated in many chamber music festivals such as Kuhmo (Finland), Tours (France), Elba Festival (Italy), Summit Music Festival (New York), playing together with well-known musician such as Paul Badura-Skoda,Yuri Bashmet, Akiko Ebi,Mario Brunello,Dina Yoffe ,etc.
Also performances with orchestras and recitals in such venues as Barbicane Centre in London,Salle Playel in Paris,Great Hall of Moscow Conservatory,Bunka kaikan Hall in Tokyo among others.
M.Vaiman's activity as a teacher began in 1980 at the Central Music School of the Tchaikovsky Conservatory in Moscow until 1989. From 1989 he was Professor at the Rubin Academy of Music in Tel-Aviv University 1995-1999 Guest professors at the Aichi Prefecture's University Of Fine Art and Music in Nagoya, Japan. M.Vaiman giving numerous master classes at Mozarteum Summer Academy,Salzburg,Royal Northern College of Music (Manchester, UK), Beijing Central Conservatory of Music (China),South Methodist University in Dallas (USA),"Keshet Eilon"in Israel and many others in Japan and Europe. His students working in the different orchestras in Spain, Japan, Germany, Israel, Switzerland and USA. Many of them are winners of international competitions. He is invited as a juror at various international music competitions.
M.Vaiman has many radio, TV, and commercial recordings. His CD recordings include works by Bach-Sonatas&Partitas (DUX 0610/0611), Prokofiev, Ysaye, Szymanowski, Kreisler (AGPL-001), Tartini,Stravinsky,Wieniawski(XCP 5021), Schubert (XCP 5026) and many others. Also DVD’s live recordings include works of Bach, Mozart, Shostakovich,Ysaye, Frank,Schumann,etc