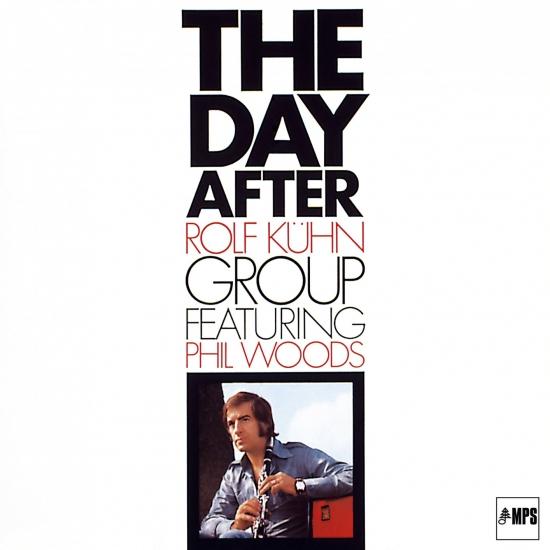 Info zu The Day After (Remastered)

Rolf Kühn is one of the great jazz clarinetists, a player who has mastered every jazz genre, from traditional to Avant-garde. Kühn’s estimation of Phil Woods as “one of the greatest altoists in the world” is well grounded. Known as the “New Bird” (after Charlie “Bird” Parker), he won Downbeat’s readers’ poll as top altoist some two dozen times. Kühn and Woods knew each other’s playing well, having worked together in the late 50’s in New York. Rolf’s brother, the lauded pianist Joachim Kühn, is on hand, as is famed Brazilian percussionist Nana Vasconcelos, best known for his work with Don Cherry and Codona. Drummer Oliver Johnson spent a decade with Steve Lacy’s band. He and bassist Peter Warren had often worked together, so the rhythm section was in secure hands. While Rolf’s Ca. 1-9-5-2 may be an homage to the bop era, with its modal approach this hard-swinging piece has its ear pressed towards the future. The Day After features the Kühn brothers with Nana on the berimbau, the African-rooted Brazilian single-string percussion instrument, in what music journalist Siegfried Schmidt-Joos calls a “superb example of self-control and spontaneous dialogue”. Turning Out is an up-tempo tour de force featuring the Kühn brothers, while on the alto feature Everything In The Garden, Rolf points out that Woods “shows everything that’s growing in his garden: virtuosity, swing, humor, melodic finesse, the ability to play free, etc.” Joos labels Sonata for Percussion, Piano and Clarinet “a logically developed, organically grown spontaneous work in three parts.” An adventurous eclectic album with lots of space for Kühn and Woods to explore.
Rolf Kühn, clarinet
Joachim Kühn, piano
Phil Woods, alto saxophone
Peter Warren, bass
Oliver Johnson, drums
Nana Juvenal Vasconcelos, percussion, berimbau
Recorded July 1972 at Cornet Studio, Cologne, Germany
Digitally remastered 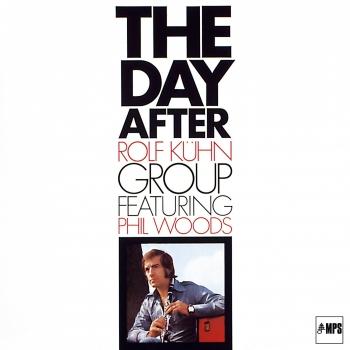 The Day After (Remastered)