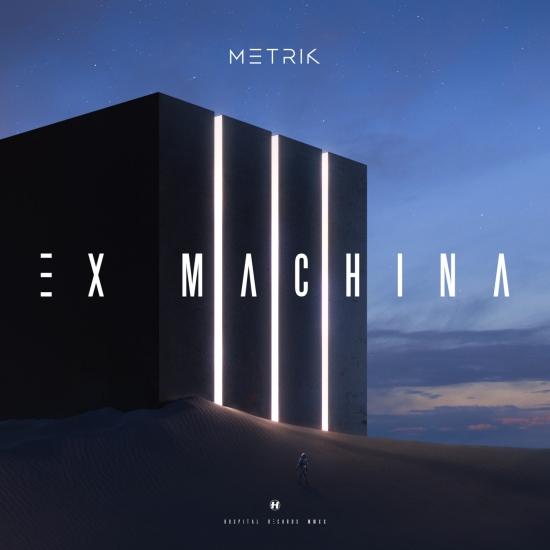 Metrik’s highly anticipated third album ‘Ex-Machina’, on Hospital Records, is an exhilarating and flawlessly executed evolution of his unique sonic identity, filled with high-octane drum & bass frequencies and first-class dancefloor tear-ups. ‘Ex-Machina’ continues to elevate Metrik’s sound to new heights with his own vocals and songwriting taking centre stage throughout the 13-track LP, also welcoming features from Grafix and ShockOne. After 10 years shaping the face of dancefloor D+B through his technical precision and immaculate mixdowns, Metrik is firmly established by fans and peers alike as one of the most highly respected producers in the game.
The album opens with ‘Automata’ - this techy bruiser triangulates meaty basslines, crunchy riffs and melodic highs. Metrik enlists label-mate Grafix for the drum & bass / rock hybrid ‘Parallel’, where the pair demonstrate their unrivalled production mastery through uplifting melodies and an anthemic hook.
Metrik has teamed up with Australian bass music titan ShockOne on ‘Dying Light’ which sees euphoric vocal hooks sung by Metrik himself complete with an electrifying bassline, destined to power up sound systems worldwide. The album also includes his previous singles ‘Hackers’, ‘We Are The Energy’ and ‘Gravity’ that saw him packing out dancefloors during his tours across the US, Europe and Australasia.
Having firmly established his dancefloor sound on an international scale, Metrik’s heavyweight drum & bass prowess sees support from the likes of BBC Radio 1’s Annie Mac, MistaJam and Rene LaVice. His powerful anthems have been spun by D+B legends such as Andy C, Sub Focus, Friction, Culture Shock and more, across clubs and airwaves worldwide. Metrik is previously known for his popular solo works ‘Want My Love’, ‘Fatso’, ‘We Got It’ and ‘Chasing Sunrise’, as well as his collaborative remix with D+B high flyer Wilkinson of ‘I Need’, that reached the BBC Radio 1 playlist in 2019.
Having also previously held the esteemed role of BBC Radio 1’s year-long residency host, Metrik is no stranger to holding his own on the airwaves, and can be found during isolation hosting his own weekly ‘Ex Machina Sessions’ live and direct from his studio where the album was created.
Metrik 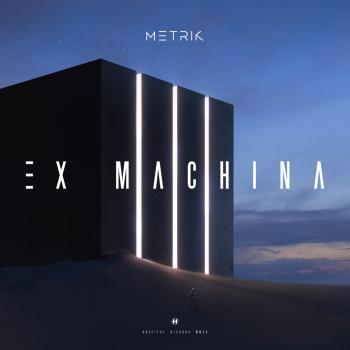 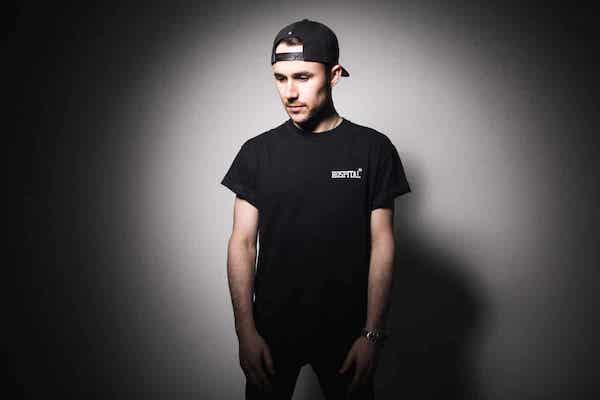 Metrik
From its earliest incarnations the music was about forward-thinking musicians pushing the envelope of what was technologically possible. At a young age Metrik found himself pulled into D&B’s magnetism, drawn in by its clinical precision and emotive compositions. Within this world he discovered a deep resonance with the pairing of man and machine. A marriage of man-made instruments manipulated by samplers, computers and effects plugins; overlaid with synthetic noises comprised of ones and zeros. That resonance gave him an unshakeable conviction and set the course for the rest of his life, taking him from setting up an online radio station in his bedroom to performing on the world’s biggest festival stages.
It’s a story that many present day producers can identify with, but when an artist’s debut single becomes a bona fide classic, topping the download charts and clearing record store shelves, you know they’ve got something special. That’s what happened when Metrik dropped ‘Your World’, an instant hit which saw support from the likes of Pendulum, Bad Company and Viper Recording’s founder Futurebound. A slew of incredible tracks were then released including his second big hit, the Annie Mac and Zane Lowe supported ‘Technicolour’ and timeless anthem ‘Freefall’ featuring Reija Lee which racked up over 4 million plays.
As an artist, Metrik draws inspiration from a diverse pool of styles. His love of the technology and aesthetic of the ‘80s is a clear influence on his music. Close your eyes while listening to a Metrik album and you can practically see him weaving visual references to science fiction and the movies of his childhood. What you’re left with is something that looks to the future with a distinctly nostalgic hue, fuelled by love for synthwave, film soundtracks and neo-soul.
Since signing to Hospital Records and releasing his debut album Universal Language, Metrik’s career has gone from strength to strength. He’s scored a UK Dance Chart Top 10, mixed an edition of the prestigious BBC Radio 1 Essential Mix hosted by Pete Tong, as well as been given his own residency on BBC Radio 1. Off the airwaves, Metrik has taken his high-energy dancefloor sound to the world, from the very best nightclubs through to festival appearances at Glastonbury, EDC, Global Gathering and Hospital’s own festival brand, Hospitality In The Park.
With such a meteoric rise it’s little wonder that artists such as Eric Prydz, DJ Fresh, Gorgon City and Swedish House Mafia are lining up for a Metrik remix. Meanwhile fellow D&B high flyers - including TC and Netsky - and acts as diverse as Elisabeth Troy, Gunship and the Ragga Twins are lining up to collaborate.
Despite this success, there comes a time in every artist’s career where they need to take time to reflect. Introspection can often be the death of a flourishing career, but once again Metrik’s long-standing musical vision has paid him dividends. Building on the sound he’s been honing since his first record, Metrik has evolved into an artist fuelled with confidence and exploding with fresh ideas. The release of his sophomore long player LIFE/THRILLS took Metrik to new heights, in terms of widespread critical acclaim, and artistic fulfilment. Lead track ‘Chasing Sunrise’ dominated the airwaves hitting the 1Xtra and Beats One playlist for 6 weeks and championed by Annie Mac, Danny Howard and Julie Adenuga.
Metrik has a fascination with how things fit together. His early inspirations have carved a path for him that is littered with achievements, and yet it feels like the main thing the drum & bass superstar has achieved is an inimitable musical vision. An artist who has always wanted to bring a futuristic edge to his music, Metrik has become an artist who shapes the future of music itself. His vision is brought to effortless fruition thanks to his romance with the past. And his determination for crafting a musical vision that reaches far into the future is what makes him one of the most important drum & bass artists of today.