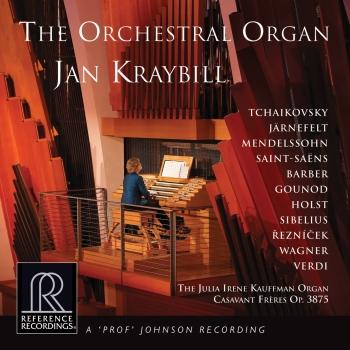 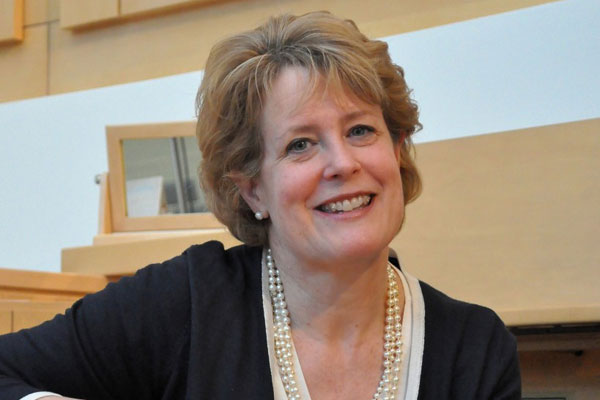 Jan Kraybill
is Principal Organist for the Dome and Spire Organ Foundation, an affiliate of the international headquarters of Community of Christ in Independence, Missouri, and Organ Conservator at the Kauffman Center for the Performing Arts in Kansas City. She regularly plays and oversees the care of the three largest pipe organs in the Kansas City metro area: the Community of Christ Auditorium’s 113-rank Aeolian-Skinner (installed in 1959) and Temple’s 102-rank Casavant (1993), and the 102-rank Julia Irene Kauffman Casavant (2012) at the Kauffman Center’s Helzberg Hall.
Dr. Kraybill and volunteer staff organists provide music for worship services and present free organ demonstration recitals at the Auditorium and Temple. Jan also co-coordinates the church’s Dome and Spire concert series, leads international hymn festivals, teaches workshops, and is a resource person for the denomination’s musicians. At the Kauffman Center, she performs and hosts guest organists for both solo and collaborative musical events. Jan has piano performance and education degrees from Kansas State University in Manhattan, Kansas, and a doctorate in organ performance from the University of Missouri-Kansas City Conservatory of Music and Dance. In 2010 she earned the Fellow certificate from the American Guild of Organists (AGO), the highest certification available for organists.
While in high school in Colby, Kansas, Jan was invited to perform her first European piano recital in Andover, England. Since then she has performed in many venues in the U.S., Australia, Canada, Germany, Poland, Russia, South Korea, and Tahiti, and has undertaken multiple tours of the United Kingdom, including organ concerts at the grand cathedrals of Chester, Exeter, and St. Paul’s in London. She has performed on regional and national conventions of the AGO, the Hymn Society in the United States and Canada, and other musicians’ organizations, and has been featured on Kansas Public Radio and on American Public Media’s nationally broadcast program Pipedreams. She has collaborated as pianist, harpsichordist and organist with many ensembles, including the Bach Aria Soloists, the Kansas City Symphony and Chorus, the Phoenix Chorale, and the Kansas City Chorale. Four solo CDs are available. Two by 2: Two Organ Symphonies on Two Magnificent Organs features both of Community of Christ’s pipe organs. Rejoice and Remember: Piano Music for All Seasons contains arrangements of favorite hymns. The Auditorium Organ: Fifty Years of Excellence, celebrated that organ’s 50th anniversary in 2009. The first CD of the Julia Irene Kauffman Casavant, by Reference Recordings, is Organ Polychrome, released in 2014. A disc containing Saint-Saën’s “Organ” Symphony with the Kansas City Symphony will be available in 2015.
Outside Community of Christ, Jan is a musical leader in a wide variety of worship styles in many denominations and is very active as a masterclass and workshop clinician, hymn festival director, and organ consultant. She also teaches workshops on fostering personal creativity in church and corporate settings. She has served in many elected local and regional roles in the AGO, on the Executive Committee of The Hymn Society, and on the Board of Directors of the Master Teacher Institute. She is a member of Mensa. Her extra-musical interests include antiquing, lace making, and riding her Harley-Davidson with her husband, Allan.