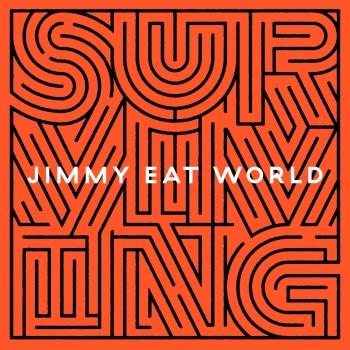 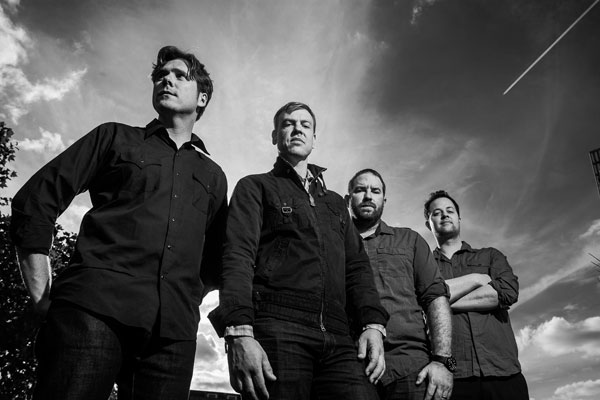 Jimmy Eat World
Almost every Rock group that has managed to pack an arena has a tribute band or two. These groups roam the countryside. Like a road version of a Broadway show, tribute bands didn't originate the characters or write the parts, but they have got the lines down. And that's what counts.
Out in Mesa, AZ, in the mid-90s, some junior high friends took the leap. Jimmy Eat World's Jim Adkins (guitar/vocals), Tom Linton (guitar/vocals), Rick Burch (bass) and Zach Lind (drums) formed as a Metallica tribute band (all Metallica, all the time) - and why not. Imitating Metallica's lethal chops was an excellent way to learn. Eventually, they moved from the Metallica material and started writing their own songs.
Soon, Jimmy Eat World started down the indie release route gaining notoriety along the way. "Static Prevails" out in '96 was their full-length debut. Two years later their "Jimmy Eat World" EP arrived. '99 saw the group's major label debut with "Clarity." They also contributed songs to the "Never Been Kissed" soundtrack ("Lucky Denver Mint") and the Duran Duran tribute compilation ("New Religion"). Continuing to build momentum, "Bleed American" was released in '01 as the group landed on the Warped Tour. Later in the year, they hit the road in support of Blink 182.
Jimmy Eat World returned to the studio in early '04 but things didn't go well. So producer Gil Norton (Foo Fighters) was brought in. Later in the year, "Futures" arrived containing the title track, "Pain" and "Work." " The album was named one of the Top 50 Records of '04 by Rolling Stone magazine and made Spin's 40 Best Albums of the Year (#21 on the list). The group spent a large portion of '05 opening for Green Day.