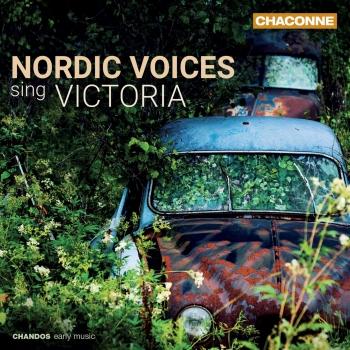 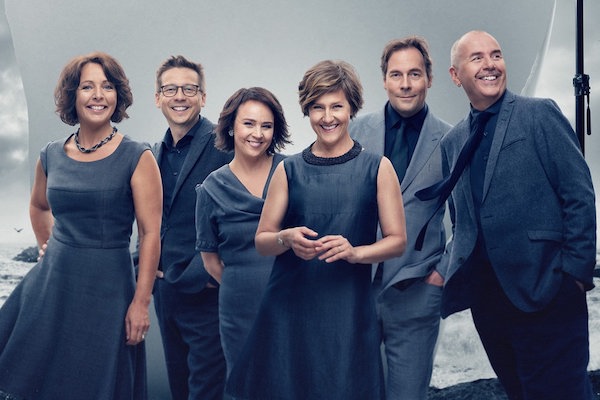 Nordic Voices
Artistic creativity, versatility, technical precision – these are the primary ingredients of the perfect recipe for a performing arts ensemble. One other ingredient, that indescribable something that we tend to call audience appeal, makes the picture complete. These are precisely the elements that make up Nordic Voices, a six-voice a cappella group that has been making waves not only in Norway, but in places as far afield as South Africa, Taiwan, Bolivia and USA.
Startup: Formed in 1996, Nordic Voices comprises six graduates from the Norwegian Academy of Music and the Norwegian Academy of Opera, who, in addition to their singing backgrounds, have a broad range of experience from choral conducting to teacher training and composition. It is perhaps this range of interests that leads them to explore a wider than usual spectrum of musical expression, from plainchant to new works commissioned from leading Norwegian composers; from the most sacred of religious texts to the strongly secular.
Concerts: Nordic Voices enjoy mixing their programmes to the point of what many would consider extremes. Lassus rubs shoulders with Ligeti and Norwegian contemporary composer Henrik Hellstenius, and Dufay with Huber and Nystedt. Their programme concepts revolve around themes, for example historical figures or textual links, bringing the music to life in sometimes unexpected ways. Nordic Voices have explored the world of electronics, with works exploiting not only electronic amplification, but sampling, mixing and video-art.
In short, Nordic Voices concerts are an unusual blend of sophisticated music-making and stylish performance, more often than not with more than a dash of humour, and thanks to the group’s ability to engage and fascinate, it is increasingly in demand on the international scene. In addition to regular concerts in Oslo and around Norway, recent concert tours have included visits to South-America, Spain, Germany and regular tours of the USA. One of Nordic Voices’ main goals is to be in front of researching in vocal art. This means to explore, as they did in the Concrescence project which led to the Djånki Don recording, new vocal techniques and new way of using the classical trained voice. In the end this means that Nordic Voices can produce a wide range of techniques, from ordinary classical sounds to Mongolian overtone singing.
Recordings: Their recording on the Chandos label, ‘Reges terrae’ – with 16th century music from the times of Carlos V – has been enthusiastically received: ‘their clear, radiant performances, full of character, are vividly captured by the DSD recording’…’the music is sumptuously textured and elegantly phrased in these gorgeous realisations’ (BBC Music Magazine). It was also nominated for the Norwegian Grammy Award (Spellemannprisen 2007).
Their second recording, “Djånki Don”, with contemporary music by various Norwegian composers, was also nominated for the Norwegian Grammy Award (Spellemannprisen 2008). “Lamentations” were released in Sep 2009, also on the Chandos label. The release tour included concert venues in Oslo, Bergen and Haugesund in Norway, as well as Stockholm, Helsinki and London. “Himmelkvad” were released in 2012, including the opus 42, written especially for Nordic Voices, and which won the composer the very highly regarded Nordic Council Music Price in 2010.
Fuge der Zeit – a new cd with works Gisle Kverndokk has written for Nordic Voices, was released in April 2015 by Grappa. The release concert was held at The Fartein Valen Festival in Haugesund. It was also nominated for the Norwegian Grammy Award (Spellemannprisen 2015).
Awards: A total of six recordings full recordings and participation on many more, have led to several nominations for the Norwegian Grammy “Spellemannprisen”. Nordic Voices have also won many awards, including the Fartein Valen-award, the Rolf Gammeleng-award, and in 2014, the prestigious “Performer of the year” from the Norwegian Society of Composers.