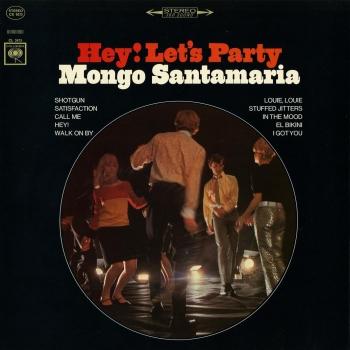 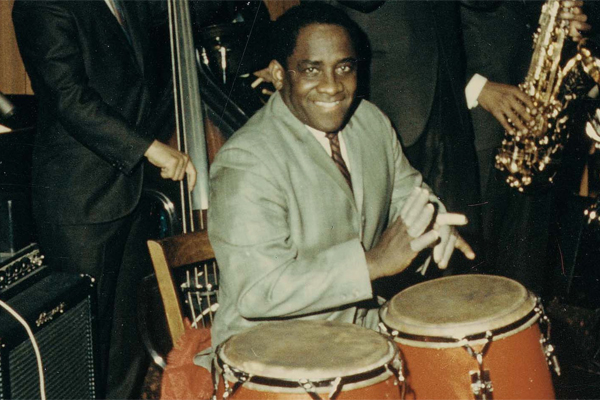 Mongo Santamaria
Born and raised in Havana, Cuba, Ramón “Mongo” Santamaría established himself as one of the premier congueros (conga players) in the Havana dance band scene.
In the late 1940s he played with Orquesta Casino de la Playa, where he met Pérez Prado, and when Prado moved to Mexico City in 1948 to start his own band, Santamaría went with him. In 1950 he travelled with Prado to the U.S., where legendary bandleader Tito Puente saw him play in New York and recruited him for his own band. Santamaría played with Puente for six years, during which time his reputation grew with American audiences and musicians.
In 1957 Santamaría went to San Francisco at the invitation of vibraphonist and Latin jazz combo leader Cal Tjader and there he began to record his own albums, establishing himself as an innovator in the fusion of Latin rhythms with jazz and pop music. His cover of Herbie Hancock’s Watermelon Man reached Number 10 on the pop charts in 1963 and his own composition, Afro Blue, first recorded in 1959, became a Latin jazz standard.
Mongo Santamaría’s powerful playing and outgoing nature made him an inspiration to percussionists in diverse music scenes and helped make the conga drum an important instrument in U.S. pop music.