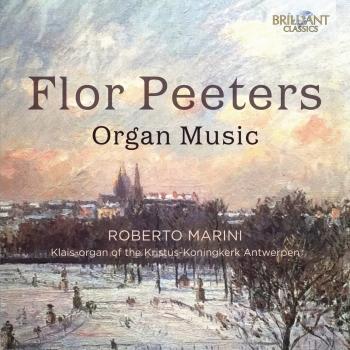 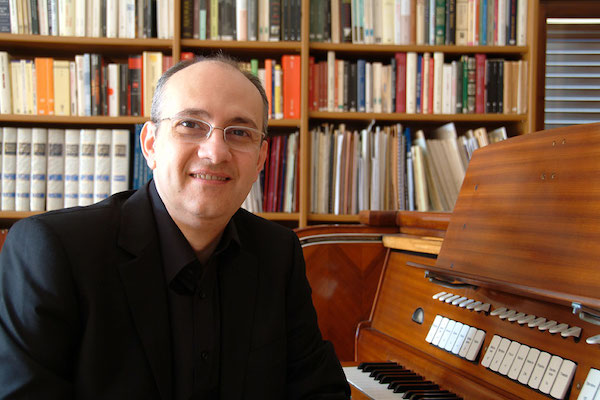 Roberto Marini
regarded as a great musical virtuoso, deeply versed in Romantic, late-Romantic and modern repertoire, is considered as one of the greatest Italian performers internationally renowned. Critics have defined him as: interpreter charismatic with formidable technical skills, extremely musical, romantic and passionate musician, master in the use of organ stops, a real natural talent and one of the most important interpreters of Max Reger.
He made his debut very young with the most famous compositions by J.S. Bach, becoming a pupil of the world-famous Italian organist Fernando Germani, in Rome. He scored full marks in his Diploma in Organ and Organ Composition, performing Reger’s Variations and Fugue on an Original Theme, Op. 73. In 1994 he received the prestigious ‘Premier prix de virtuosité d’orgue’ under Lionel Rogg at the Geneva Conservatory, Switzerland. In addition to his musical studies, Marini also has a degree in Law.
A career highlight was marked by his performance of a complete Bach and Reger cycle, under the patronage of the German Embassy, the Max Reger Institute (D) and the Italian Episcopal Conference – the series attracted international attention. A winner of numerous organ competitions, for many years he has successfully pursued a concert career, performing in various important international festivals in Italy and abroad, always widely acclaimed by both critics and audiences. He specializes in the art of improvisation and he dedicates himself to the promotion of contemporary authors that have also dedicated him their compositions.
For label Fugatto he has published in 17 CDs the complete organ works of Max Reger receiving excellent reviews in prestigious international music magazines. His discography includes also the complete organ works of R. Schumann (Brilliant classic), of J. Brahms and a DVD containing the most important organ works of Liszt and Reubke (Fugatto), achieving widespread acclaim. He has recorded for both Vatican Radio and RAI, the Italian national broadcaster, German ARD and Spanish RTVE. His performances and his recordings are broadcast by International radios and televisions.
Roberto Marini is professor of organ at the Pontifical Institute of Sacred Music in Rome, and professor of organ and Gregorian chant at the Conservatory of Music in Pescara, where he served for many years as vice-director. He is artistic director of the International Organ Festival in Teramo (Italy), of the Antoni Martorell IOF in Mallorca (Spain) and of the Organ Summer in Castelbasso (Italy); he is member of the board of directors of the “Associazione Italiana di Snta Cecilia”. He is titular organist of Teramo Cathedral.