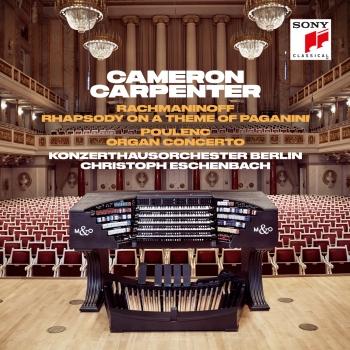 Rachmaninoff: Rhapsody on a Theme of Paganini & Poulenc: Organ Concerto 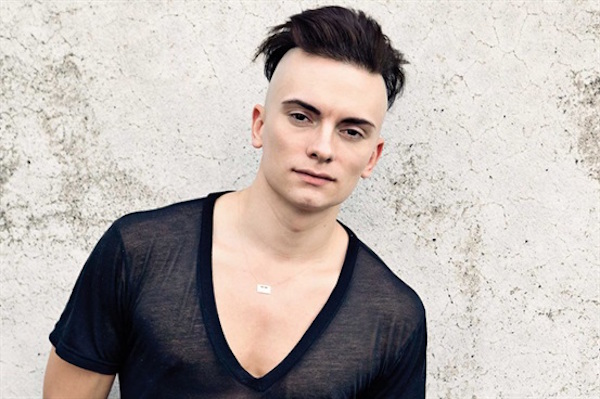 Cameron Carpenter
is having a ball smashing the stereotypes of organists and organ music – all the while generating worldwide acclaim and controversy. His repertoire – from the complete works of J. S. Bach to film scores, his original works and hundreds of transcriptions and arrangements – is probably the most diverse of any organist. He regularly appears as a soloist with many of the world’s great orchestras, and signed in 2013 an exclusive multi-album recording contract with Sony Classical. Cameron launches his International Touring Organ – a monumental digital organ of his own design, playable throughout the world – with two Lincoln Center concerts on March 9, the release of the Sony album If You Could Read My Mind on March 3, and a 31-concert tour to Europe, the USA and the UK.
A virtuoso composer-performer unique among keyboardists, Cameron’s approach to the organ is smashing the stereotypes of organists and organ music while generating a level of acclaim, exposure, and controversy unprecedented for an organist. His repertoire – from the complete works of J. S. Bach and Cesar Franck, to his hundreds of transcriptions of non-organ works, his original compositions, and his collaborations with jazz and pop artists – is perhaps the largest and most diverse of any organist. He is the first organist ever nominated for a GRAMMY® Award for a solo album.
As a keyboard prodigy, he performed Bach’s Well-Tempered Clavier at age 11 before joining the American Boychoir School in 1992 as a boy soprano. During his four years of high school studies at The North Carolina School of the Arts, he made his first studies in orchestration and orchestral composition, and transcribed for the organ more than 100 major works, including Gustav Mahler’s complete Symphony No. 5. Cameron continued composing after moving to New York City in 2000 to attend The Juilliard School. While at the School he composed art songs; the symphonic poem Child of Baghdad (2003) for orchestra, chorus and Ondes Martenot; his first substantial works for solo organ; and numerous organ arrangements of piano works by Chopin, Godowsky, Grainger, Ives, Liszt, Medtner, Rachmaninoff, Schumann, and others. Cameron received a Master’s Degree from The Juilliard School in New York in 2006.
The same year, he began his worldwide organ concert tours, giving numerous debuts at venues including Royal Albert Hall, the Leipzig Gewandhaus, Melbourne Town Hall, Tschaikowsky Hall in Moscow, Davies Hall in San Francisco and many others. His first album for Telarc®, the GRAMMY®-nominated Revolutionary (2008), was followed in 2010 by the critically acclaimed full length DVD and CD Cameron Live! Edition Peters became his publisher in 2010, beginning the ongoing release of his original works with Aria, Op. 1 (2010). His first major work for organ and orchestra, The Scandal, Op. 3, was commissioned by the Cologne Philharmonie (KölnMusic GmbH) and premiered on New Year’s Day 2011 by the Deutsche Kammerphilharmonie under the direction of Alexander Shelley. Of Cameron the composer, DIE WELT’s Manuel Brug writes: “Carpenter… is proving himself to be a clever eclecticist, who understands to entertain with much finesse, and admits with a wink that he is ‘annoyed by intellectual music’”. Cameron is one of the only performing artists to make a practice of meeting his audience in person before his performances – often spending over an hour before each concert shaking hands and signing autographs on the floor of a concert venue. With combined millions of hits on YouTube and numerous television, radio and press features including CNN The Next List, CBS Sunday Morning, BBC Radio 3, ARD, ZDF, NDR Kultur, The New York Times, The New Yorker, The Wall Street Journal and many others, he is the world’s most visible organist.