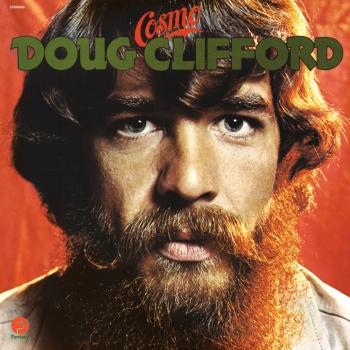 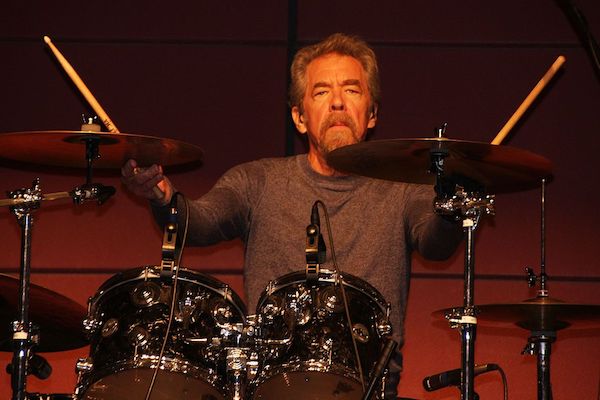 Doug Clifford
formed a high school band with Stu Cook and John Fogerty. The trio were later joined by John's older brother Tom and were called Tom Fogerty and the Blue Velvets. After leaving school the band played the Bay area in 63. In 64 they auditioned for local jazz/blues label Fantasy Records. They call themselves The Visions and record some instros. The label changes the name to the er more " British" sounding but well dodgy Golliwogs!!!! Their Brown Eyed Girl 45 becomes a local hit in 66 but Uncle Sam comes a knocking for John and Doug, drafted to Vietnam like many an All American Boy (whose dad wasn't a politician that is!!).
After national service the band reunites with John on lead vocal and the intriguing name change to Creedence Clearwater Revival. Creedence, apparently from the Christian name of a pal of Tom's, Clearwater, from a local beer commercial and Revival as a statement of intent. John being a great fan of southern rockabilly, Sun in particular, Duane Eddy, Little Richard, Bo Diddley,Gene Vincent (John inducted Gene into the US Rnr Hall of Fame by singing Be Bop A Lula acappela), hard edged r&b and his southern bayou inspired chooglin' rhythms.
Early 45s are covers, Susie Q and I Put A Spell On You, before a mega hit penned by John (the day he was released from the army), Proud Mary. Later covers by Elvis, Solomon Burke, Spector's Checkmates and Ike & Tina, speak volumes for the quality of this Mississippi steamboat romper.
Their albums were million sellers, as were their 45s, they became the most successful band in the world for a while. They played Woodstock, though John insisted they were left out of the film as he was unhappy with the sound, cost them big bucks that decision BTW.
The Sun sounding Bad Moon Rising, Little Richard inspired Travellin' Band, Bakersfield styled Lookin' Out My Back Door, hillbillyish Willie & The Poor Boys and many other 45s/lp cuts kept up an incredibly high standard for nearly 2 years until the dreaded musical differences reared between chief song writer/vocalist John and his sibling and old school pals.
Drummer Doug was nicknamed Cosmo, their finest album was named Cosmo's Factory with fine covers of My Baby Left Me, Ooby Dooby and the sadly prophetic Before You Accuse Me. After Tom Fogerty left Doug and bass player Stu Cook insisted on their songs being included instead of John Fogerty's or covers, result Mardi Gras and the worst album reviews the band ever had, John Landau called it the worst album ever released by a major band. Shortly after they split CCR, John went on to a patchy (but with many highlights) solo career interspersed with lengthy sabbaticals, the loss of his brother, bitter law suits versus Fantasy Records and his former band mates interspersed with critical/live audience and top ten albums .
Afetr the split in Oct 72, Doug and Stu worked with others like Doug Sahm, lately they formed Creedence Clearwater Revisited, playing the old songs, another Fogerty inspired law suit meant that the band is now Cosmo's Factory. When CCR were elected into the Hall Of Fame, Fogerty refused to allow his old mates to join in the ceremony closing on stage jam session featuring many CCR/Fogerty classics.
Recommended Listening: Anything cut by CCR, a fine overview can be found on the two volumes of Chronicles. The recent digi pak reissues of the classic albums have better sound than the earlier series of reissues. There's a fine box set including all the CCR sides and the pre CCR era. I'm not a fan of the CCRevisited/Cosmo's stuff but some CCR listeners do rate it. I prefer Fogerty's reinterpretations.
Recommended reading: Bad Moon Rising by Steve Bordowitz, Schirmer Books>From rocking roots to the law courts, shame such bitterness interferes with some of the best post 50s music cut IMHO.