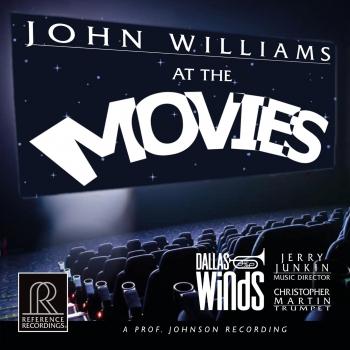 John Williams at the Movies 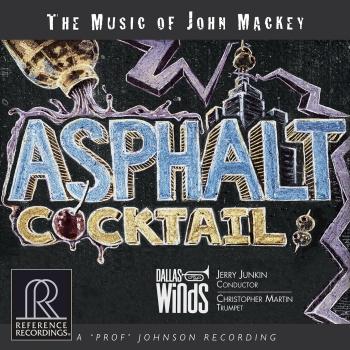 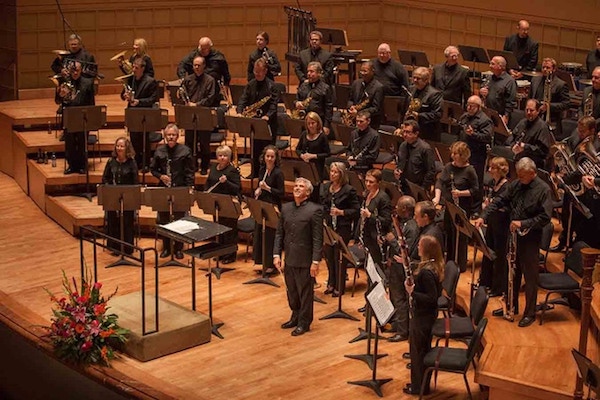 The Dallas Winds
is the leading professional civilian wind band in the United States today. Comprised of 50 woodwind, brass and percussion players, the band performs an eclectic blend of musical styles ranging from Bach to Bernstein and Sousa to Strauss. They combine the tradition of the British brass band with the musical heritage of the American town band and the pioneering spirit of the 21st century wind ensemble.
The Winds makes its home in one of the world’s greatest concert halls, Dallas’ Morton H. Meyerson Concert Center, where it performs an annual concert subscription series. They have seventeen highly acclaimed CDs on the Reference Recordings label under conductors Howard Dunn, Frederick Fennell and Jerry Junkin. In 1995, recognizing the Dallas Winds’ importance to the community, the City of Dallas granted the windband use of the historic Fair Park Bandshell, both as a venue for summer outdoor concerts and as an administrative office.
Since its debut in 1985, the Dallas Winds has entertained millions of people both at home, on tour and increasingly, through recordings and streamed media. Among those entertained was Her Majesty Queen Elizabeth II, for whom the Winds gave a command performance in March 1991.
Jerry Junkin
In his 25th season as Artistic Director and Conductor of the Dallas Winds, Jerry Junkin is recognized as one of the world’s most highly regarded wind conductors. He has served as Music Director and Conductor of the Hong Kong Wind Philharmonia since 2003, and Principal Guest Conductor of the Senzoku Gakuen College of Music Wind Symphony in Tokyo since 2007. Additionally, 2017-18 marks his 30th year on the faculty of The University of Texas at Austin, where he holds the Vincent R. and Jane D. DiNino Chair for the Director of Bands. There, he also holds the title of University Distinguished Teaching Professor. Previously, he served on the faculties of both the University of Michigan and the University of South Florida. In addition to his responsibilities as Professor of Music and Conductor of the Texas Wind Ensemble, he serves as Head of the Division of Conducting and Ensembles and teaches courses in conducting and wind band literature. He is a recipient of multiple teaching awards, and students of Mr. Junkin hold major positions throughout the world.
Performances under the direction of Mr. Junkin have won the praise of such notable musicians as John Corigliano, David Del Tredici, Gunther Schuller, Karel Husa, William Kraft, Jacob Druckman and Michael Colgrass, among many others. Mr. Junkin has released over 30 compact disc recordings for the Reference, Klavier and Naxos labels. The New York Times named his recent release on the Reference Recordings label, Bells for Stokowski, one of the best classical CD’s of the year. His performance of Circus Maximus with The University of Texas Wind Ensemble was recently released on the world’s first Blu Ray audio disc in 5.1 surround sound by Naxos and was nominated for a GRAMMY. During the summer of 2014 he led The University of Texas Wind Ensemble on a four week tour around the world.
Jerry Junkin is an enthusiastic advocate of public school music education, having conducted All-State bands and festivals in forty-eight states and on five continents. He spends his summers in residence at the Interlochen Arts Camp in Michigan, as well as appearing at major music festivals throughout the world.
Mr. Junkin has served as President of the Big XII Band Director’s Association and is a member of the Board of Directors of The John Philip Sousa Foundation, is Past-President of the American Bandmasters Association, and is Past President of the College Band Directors National Association. Regularly making guest appearances with ensembles such as the Tokyo Kosei Wind Orchestra and the Taipei Symphonic Winds, the 2017-18 season finds him conducting throughout the United States in addition to multiple appearances in Japan, China, and Europe. In 2005 he was presented the Grainger Medallion by the International Percy Grainger Society in recognition of his championing of Grainger’s works, and he has received numerous career awards from Kappa Kappa Psi, Phi Beta Mu, and the Midwest Clinic, among others. Mr. Junkin is a Yamaha Master Educator.
Christopher Martin
Principal Trumpet for the New York Philharmonic, Christopher Martin has enjoyed a distinctive career of almost 20 years in many of America’s finest orchestras. Prior to his NYP appointment, he was appointed to the Chicago Symphony Orchestra as Principal Trumpet by Daniel Barenboim. Mr. Martin has also served as principal trumpet of the Atlanta Symphony Orchestra and associate principal trumpet of The Philadelphia Orchestra.
Praised as a musician of “effortless understated virtuosity” by The Chicago Tribune, Christopher Martin has appeared as soloist multiple times domestically and internationally with the CSO and music director Riccardo Muti. Highlights of Mr. Martin’s solo appearances include the 2012 World Premiere of Christopher Rouse’s concerto Heimdall’s Trumpet; Panufnik’s Concerto in modo antico, with Mr. Muti; a program of 20th century French concertos by André Jolivet and Henri Tomasi; and more than a dozen performances of J.S. Bach’s Brandenburg Concerto No. 2.
Christopher Martin’s discography includes a solo trumpet performance in John Williams’s score to Steven Spielberg’s Lincoln (2012), the National Brass Ensemble’s Gabrieli album, and CSO Resound label recordings, including the widely acclaimed 2011 release of CSO Brass Live. He is a featured soloist on the Dallas Winds’ recording of John Williams’ music.
Dedicated to music education, he co-founded the National Brass Symposium with his brother Michael Martin, a trumpeter in the Boston Symphony Orchestra, in 2010. In 2016 he received the Edwin Franko Goldman Memorial Citation from the American Bandmasters Association for outstanding contributions to the wind band genre.