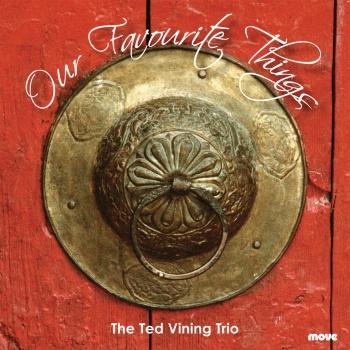 Bob Sedergreen
is one of the greatest performers of the blues this country has produced. He is blessed too, with a wonderful style of musical humour.
Bob started his classical training at the age of five. He was first influenced by Dave Brubeck, Oscar Peterson and Wynton Kelly. But he was fully aware of the need for original exploration and creative improvisation rather than pursuing those influences. He has explored the piano thoroughly, playing the strings with his car keys as well as the keys provided. He has expanded his keyboard activities to include electric instruments, and mini Korg synthesisers.
Bob Sedergreen's high regard and position in Australian music is unquestionable. His impact and influence in performance, composition and education has secured his place as a national treasure. Bob has been associated with some of most recognised talents both in Australia and internationally. People like Jimmy Witherspoon, Nat Adderley and Dizzy Gillespie, to name but a few. Australian artists include: John Sangster, Don Burrows, Brian Brown, Judy Jacques ... and more.
Bob's musical abilities find him leading and working with many diverse ensembles and groups. From the traditional to the most contemporary, he infuses the music with authority of style, creative expression and wit, in a manner that is never arrogant or condescending. Bob has toured extensively both here and overseas including Montreal, Malaysia and Europe. In 1990 Bob won the Inaugural Jazz Award for Australia's best keyboardist. As an educator, Bob is responsible for setting up the jazz components at the Melbourne University's Artist in Residence Scheme throughout country and city secondary schools of Victoria.
To play with Bob Sedergreen has been described as the "ultimate armchair ride", to hear him is always exciting and satisfying.
The Ted Vining Trio
Drummer Ted Vining, pianist Bob Sedergreen and bassist Barry Buckley first got together in August 1969, and have played around the world ever since as a high sought-after rhythm section.
When the Ted Vining Trio's first record was released in 1977 the group was considered one of the most tightly-knit groups in Australia.
Ted, pianist Bob Sedergreen and bassist Barry Buckley first got together in August 1969, and have played around the world ever since as a high sought-after rhythm section. They create a very potent chemistry when they play together, and continue to push boundaries and stretch themselves musically.
During the seventies they worked as three quarters of the Brian Brown Quartet and as a trio have performed at all of Australia's major jazz festivals and venues now for 35 years.
The trio is now a well-oiled, fully integrated unit. Ted Vining rarely takes the limelight ... sometimes subtle, sometimes an assertive powerhouse. Barry Buckley keeps the engine purring with his solid groove-making. The inventive Bob Sedergreen joyrides over a countryside made up of mostly jazz standards, sometimes reminding you of Dudley Moore.
Says Adrian Jackson: "The three play with one mind, settling into a perfectly synchronised groove, continually throwing ideas at each other, without anyone ever being caught off guard. It is a though they have been playing together all their lives. If only more bands could communicate with each other, and their listeners, so effectively."