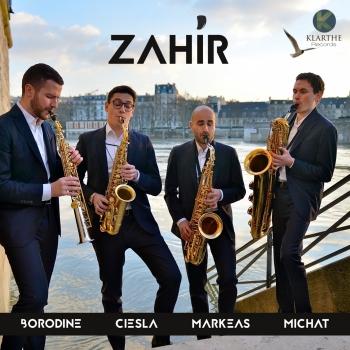 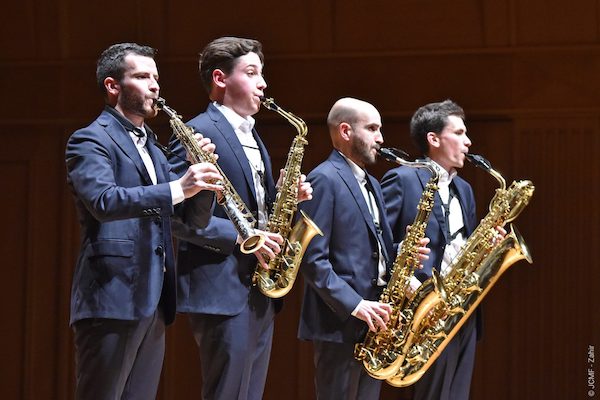 Quatuor Zahir
established in 2015, this young group already performs in many festivals in France and around the world, but it is in 2017 that the Zahir Quartet distinguishes itself by winning the 9th International Chamber Music Competition in Osaka (Japan), thus gaining recognition on the international scene. They have since been invited to the Wigmore Hall in London, the Philharmonie de Paris, the Folles Journées in Nantes, the Festival de Radio France in Montpellier, the Forest and Sully Festivals, the Acropolis in Nice and the Toppan Hall in Tokyo.
A graduate of the Paris Conservatory and currently in residence at the Fondation Singer-Polignac, the Zahir Quartet is also a laureate of the 2016 FNAPEC International Chamber Music Competition, has won gold medals at the Manhattan, Vienna and Berliner International Music Competition of 2019 and is sponsored by pianist Jean-François Zygel since his appearance on France 2 in the program "La Boîte à Musique". In 2018, the Quartet produces its first compact disc Zahir under the Klarthe label. This recording shows the values that unite the ensemble: the sharing of a common sensibility, an acute requirement and the desire to renew the musical landscape.
Like the romantic hero of P. Coelho's Zahir, who sets out in search of a romantic ideal, these four saxophonists are committed to the evolution of the quartet genre. Whether by interpreting the original repertoire, thanks to their encounters with numerous composers such as Bruno Mantovani, Thierry Escaich and Graciane Finzi, or by collaborating with numerous artists : David Bismuth, Félicien Brut, Jean-Charles Richard, Jean-Denis Michat, Les chanteurs d'oiseaux, these musicians show their curiosity and creativity.
Quatuor Zahir are: Guillaume Berceau (soprano saxophone) - Sandro Compagnon (alto saxophone) - Florent Louman (tenor saxophone) - Joakim Ciesla (baritone saxophone)