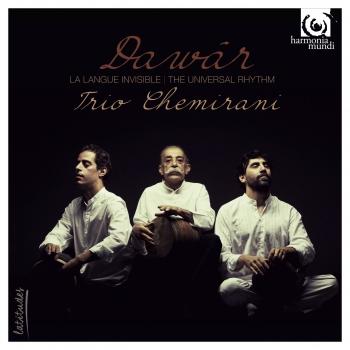 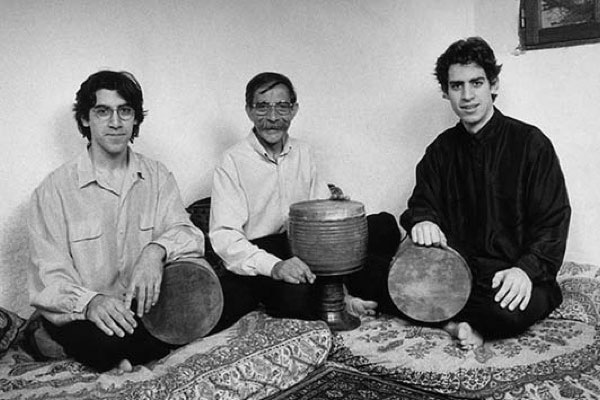 Trio Chemirani
The classical Persian drum, the Zarb, originated in northern Iran, before travelling across Africa and Asia where it became popular with musicians from Turkey, Eastern Europe and North Africa.
One of the Middle East's major instruments of percussion, it is also considered a melodic instrument, since it's played the fingers rather than the palm of the hand.
With as many notes as a piano, the combinations between melody and rhythm are limitless.
Djamchid Chemirani learnt to play in Iran with the great zarb master, Hossein Teherani, whose revolutionary work changed the zarb from an accompaniment to a solo instrument.
Recognised himself as a master of the classical school, Djamchid Chemirani was also seen as a modernist, open to new ideas and styles. When he decided to leave Iran and move to France, he was already one of the only two living zarb masters in the world.
Not only a great musician but also a devoted teacher, Djamchid''s most promising and inspiring pupils were none other than his two sons, Keyvan and Bijan. This new generation would broaden their scope to include other Middle-Eastern frame drums such as the Daf, Bandir and Udu.