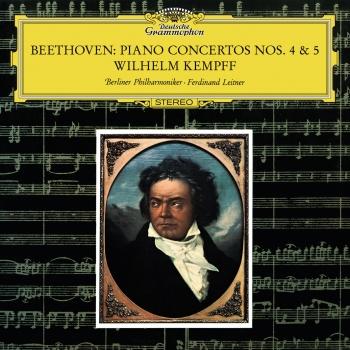 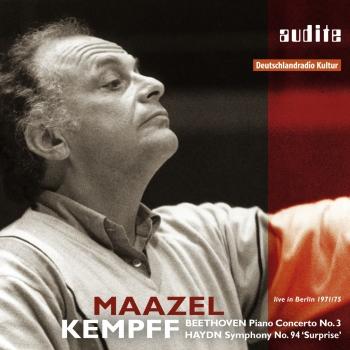 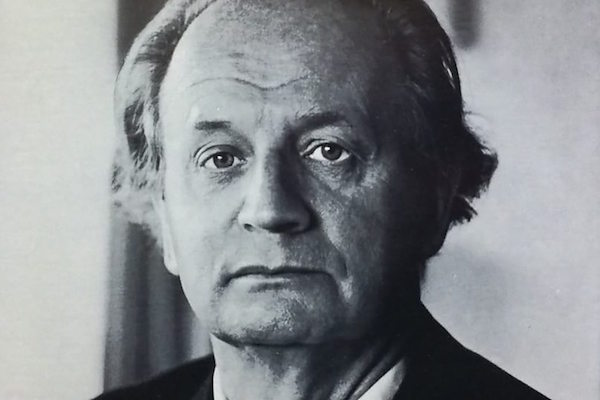 Wilhelm Kempff
started his career in Postsdam. In 1899 his father was appointed Royal Music Director and Cantor of the Church of St. Nicholas in Jüterbog near Potsdam and with unavoidable interruptions Wilhelm Kempff remained a resident until 1945. In 1931 with his colleagues he drew international musical attention to Potsdam, when the German Music Institute for Foreigners arranged masterclasses for professional performers in the Marmorpalais. Kempff’s courses were, until 1944, extremely popular. In 1945 he left the city, abandoning his property but retaining hope for a unified Germany and a return to Potsdam. Until 1955 he lived in Thurnau, and from then until 1986 in Ammerland on the Starnberger See and in the Italian town of Positano, which gradually became his home and where he settled in 1986. In spite of his busy concert career at home and abroad, his broadcasts and recordings, he did not give up his concerts in Potsdam, which continued after his departure. In 1956 he established in Positano the Potsdam tradition of mastercourses and founded international summer courses for the interpretation of Beethoven.
Less well-known is Wilhelm Kempff’s activity as an organist and as a composer. The foundation of his many-sided musical activity lay in his early years in Potsdam. Even before his first recital as a pianist in the autumn of 1907 in the Barberini Palace he made his début as an organist in the Church of St. Nicholas. He accompanied the choir in a concert of the Church Music Society and played the B minor Prelude from the second part of Bach’s Well-Tempered Clavier and was soon employed as assistant organist, carrying out his duties independently. He acquired a large practical repertoire of organ music, learned from his father and his grandfather, Cantor Friedrick Kempff. Later he declared that the art of organ-playing like that of preaching, could be learned with difficulty, but was better to be passed on from father to son. Organ-playing was for him a living sermon in music. At the age of nine Kempff was awarded two scholarships at the Royal School of Music in Berlin, for the study of the piano with the Royal Court Pianist Heinrich Barth and of composition with Robert Kahn, a follower of Brahms and member of the conservative Berling academic circle. In addition he attended school in Potsdam, sang in the choir of the Church of St. Nicholas and played the organ. He saw no contradiction between playing the organ and playing the piano, like his much admired Ferruccio Busoni. His strict piano teacher warned him, however, that the organ would hinder his progress on the piano, advice that he ignored. In 1914 he completed his studies at the Viktoria Gymnasium and in 1916 completed his composition and piano examinations with distinction, twice winning the Mendelssohn Prize. Thereafter he gave concerts as both pianist and organist. In Sweden in 1918 he appeared primarily as an organist. His piano arrangements of Bach’s organ Chorale Preludes should be seen in the light of this close connection with the two instruments, as well as the free transcriptions of music of the eighteenth century that he published from 1931 in the series Music of the Baroque and Rococo, following the model of d’Albert and Busoni.
Kempff’s ability as a composer was apparent early in life. At the age of six he wrote his first composition, which still exists, entered by his father in the “Red Book”. Various early compositions are in Potsdam or were taken away with him. The entire body of his work as a composer is amazingly varied, including all genres, opera, ballet, oratorio, symphonic and chamber music for various ensembles, compositions for organ and for piano, as well as songs. Unlike the majority of pianist-composers of the past and of today he gradually shifted the emphasis of his work from composition to interpretation; eventually, the pianist prevailed over the composer. In his compositions he avoided incursions into new musical territory. They proceed essentially from melodic ideas, from old German folk-music and the songs and dances of other peoples, with attractive and colourful harmonies in a tonal context. Richly coloured works, evoking a mood, stand side by side with strictly elaborated movements, free rhapsodic writing with traditional forms.