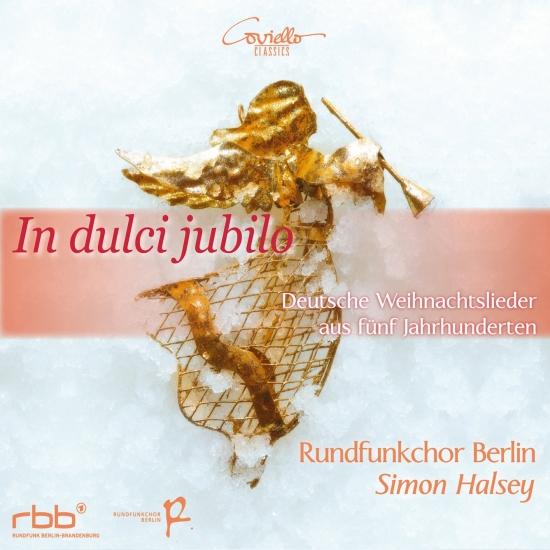 Info for In dulci jubilo

“In dulci jubilo”, Rundfunkchor Berlin’s new Christmas album, has just been released on Coviello Classics. The album brings together 24 beloved German Christmas songs from five centuries, recorded by the chorus under Simon Halsey in a co-production with rbb. The songs are heard on the album in traditional settings for four- to six-part chorus.
Whether they’re sung by a congregation in church or privately in the family circle, Christmas songs and carols are an indispensable element of Advent and Yuletide. As a living part of Christian faith, they have accompanied generation after generation for centuries – and yet, viewed historically, they are actually a rather recent “invention”. The first mention of any Christmas song – “In dulci jubilo” – dates from as late as 1335. On its new album, Rundfunkchor Berlin traces the history of their development. From the Latin-German “In dulci jubilo”, the wondrously mystical “Es kommt ein Schiff geladen” and Bach’s “Ich steh an deiner Krippen hier” to established classics like “O du fröhliche” and “Stille Nacht” (Silent Night), the collection captures the enduring appeal of Christmas music in all its timeless universality.
Rundfunkchor Berlin
Simon Halsey, conductor 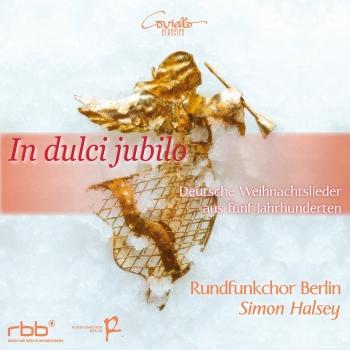 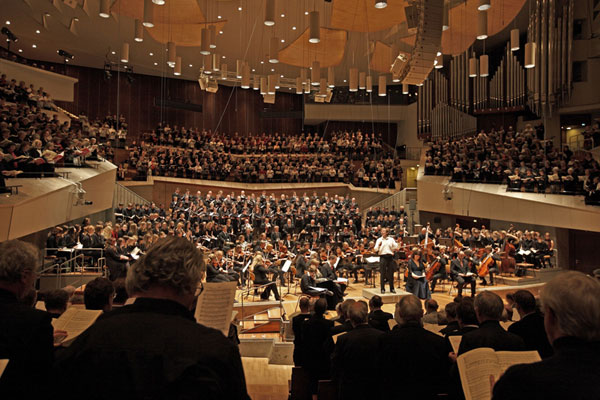 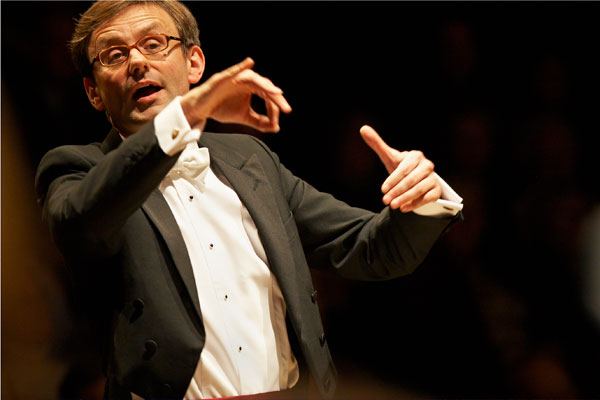 Simon Halsey
has been principal conductor of Rundfunkchor Berlin since 2001. His enthusiasm, wit, perfectionism and passionate pedagogical dedication have made him one of the most sought-after choral conductors in the world.
Born in London in 1958, Halsey was appointed director of music at the University of Warwick when he was only 22. In 1982, Simon Rattle engaged him as director of the CBSO Chorus. Under the auspices of the City of Birmingham Symphony Orchestra, he initiated an exemplary youth choral programme with three further choirs. Between 1997 and 2008 he was engaged as guest conductor then principal conductor of the Netherlands Radio Chorus in Hilversum. From 2004 to 2012 he also directed the Northern Sinfonia Chorus and the choral programme at the Sage in Gateshead.
For his preparation of Rundfunkchor Berlin in Brahms’s Deutsches Requiem and Stravinsky’s Symphony of Psalms for the CD recordings with Sir Simon Rattle conducting the Berliner Philharmoniker as well as Kaija Saariaho’s L’Amour de loin for the CD recording with Kent Nagano conducting the Deutsches Symphonie-Orchester Berlin, Halsey won the Grammy Award in 2008, 2009 and 2011.
Rundfunkchor Berlin and his Birmingham choruses remain the fixed points in Simon Halsey’s sphere of activities. In May 2012 he also became artistic director of the new youth choral programme of the Berliner Philharmoniker, and in August he took up two further directorships: the London Symphony Chorus and the BBC Proms Youth Chorus. In addition to his work as a conductor and choral trainer, Halsey is also in demand as a pedagogue. In autumn 2012, this recipient of two honorary doctorates will leave the Royal Welsh College of Music & Drama in Cardiff to take up a post at the University of Birmingham. With Rundfunkchor Berlin he established the Berlin International Masterclass, which took place for the second time in August 2012. His teaching activities also include numerous guest lectureships – he has a particularly close association with the choral department of Yale University. In autumn 2011 his book on choral conducting Chorleitung: Vom Konzept zum Konzert was issued in the Schott series “Master Class”. An English version is planned for publication by Faber Music in August 2013.
For his outstanding contributions to choral music in Germany, Simon Halsey was awarded the Bundesverdienstkreuz – Order of Merit of the Federal Republic of Germany – in 2010.
Rundfunkchor Berlin
Winner of a Grammy® in 2008, 2009 and 2011, Rundfunkchor Berlin is a regular guest at all the major festivals and the chosen partner of international orchestras and conductors such as Sir Simon Rattle, Christian Thielemann, Seiji Ozawa or Yannick Nézet-Séguin. It is the permanent partner of the Berliner Philharmoniker as well as of Berlin’s Deutsches Symphonie-Orchester and Rundfunk-Sinfonieorchester and their conductors.
The exceptional breadth of its repertoire, its stylistic versatility, absolute precision, delight in experimentation, stunning responsiveness and an unmistakable warm, richly nuanced sound all contribute to making it one of the world’s outstanding choral ensembles. Rundfunkchor Berlin’s experimental series, “Broadening the Scope of Choral Music”, has attracted great worldwide attention. Here, in collaboration with artists from diverse disciplines, the chorus is breaking down the classical concert formation and adopting new modes of choral music for a new audience.
Some prime examples: Rodion Shchedrin’s The Sealed Angel employing five dancers has now been seen in many different countries; the performance of Sir John Tavener’s The Veil of the Temple in Berlin’s museum for contemporary art was visually enhanced and filmed by Boomtown Media in 2009; Gustav Holst’s Sāvitri was performed with female contortionists in the Berlin techno club Berghain in 2010; and in 2012 an interactive scenic version of Brahms’ Ein deutsches Requiem was staged by Jochen Sandig / Sasha Waltz & Guests.
With its annual activities for various target groups – the big “Sing-along Concert” and the “Festival of Cultures” in the Berlin Philharmonie, the,“Berlin LeaderChor” for managers, and the “Liederbörse” (Song Exchange) for children and young people, as well as with the longterm education programme “SING!” – Rundfunkchor Berlin invites people of all ages and walks of life to become immersed in the world of professional choral music.
In 2012, the ensemble invites young professional choral conductors for the second time to its Berlin International Masterclass. Founded in 1925 and shaped by conductors including Helmut Koch, Dietrich Knothe (1982-93) and Robin Gritton (1994-2001), Rundfunkchor Berlin has been directed since 2001 by Simon Halsey.
Rundfunkchor Berlin is an ensemble of Rundfunk Orchester und Chöre Gmbh, Berlin (Shareholders: Deutschlandradio, the Federal Republic of Germany, the State of Berlin and Radio Berlin-Brandenburg).

Booklet for In dulci jubilo