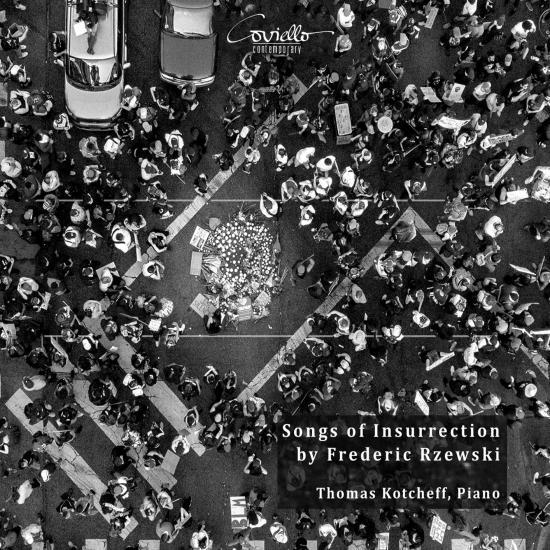 For his debut solo album, rising Los Angeles-based pianist Thomas Kotcheff has taken on a formidable challenge: the premiere recording of American composer Frederic Rzewski’s virtuosic (and timely) Songs of Insurrection, based on protest songs from seven countries around the world.
The album, produced by Aaron Holloway-Nahum, comes out Friday, November 13 on the Coviello Contemporary label. That evening, Kotcheff will perform a free online recital with three movements of Songs of Insurrection, an except from Rzewski’s Four Hands with the piano duo HOCKET, and a newly commissioned work by composer Jordan Nelson. The concert will stream 5 pm Pacific Time / 8 pm Eastern Time at thomaskotcheff.com/livestream
Kotcheff describes Songs of Insurrection as “fiendishly difficult to play.” The seven-part work lasts 75 minutes, with optional episodes of improvisation. It took Kotcheff more than a year to learn Songs of Insurrection, but the effort paid off handsomely: Mark Swed of the Los Angeles Times described his performance on the LA’s Piano Spheres series as “dazzling.” Kotcheff also earned San Francisco Classical Voice’s Audience Choice Award for his rendition, edging out pianist Yuja Wang for “Best Instrumental Recital Performance.”
At 31, Kotcheff has been immersed in Rzewski’s music for more than a decade, with several of the composer’s progressive-minded works in his repertoire. In 2018, Kotcheff completed his Doctor of Musical Arts exams at USC with a lecture on Rzewski’s The People United Will Never Be Defeated!. When he sent Rzewski an advance copy of this recording, the composer called it “superb” and “magnificent,” adding, “I love your improvisations!”
Kotcheff, an award-winning composer in his own right, feels a particular affinity for Rzewski as a fellow composer-pianist with a special understanding of the instrument. However, Rzewski’s brilliant piano writing is only part what drew Kotcheff to this work.
“Rzewski wrote Songs of Insurrection in 2016, the beginning of a very trying time in US and world politics,” says Kotcheff. “I wanted to perform and record a piece that represented what it means to be alive at this moment in history. My final performance of this piece, as well as this recording, was done the week before the COVID-19 pandemic shut down the world. While so much of our collective reality seems to have changed since then, the message of this piece — about disparate voices coming together and fighting for democracy, about humanity’s collective struggles, a piece that reflects on freedom — rings truer than ever.”
Songs of Insurrection comes with liner note essays by three writers: Zak Cheney-Rice, who covers race and politics for New York magazine; composer Ted Hearne, known for works that engage with vital social issues; and Kristi Brown-Montesano, Chair of the music history faculty at the Colburn School Conservatory of Music in Los Angeles, where Kotcheff teaches music theory and ear training. Underscoring the album’s theme, the artwork consists of images taken by Black photographers J Pinder, Chaz Niell, and Julien James at recent Black Lives Matter protests.
“A dazzling performance” (Mark Swed, Los Angeles Times)
“Magnificent” (Frederic Rzewski)
Thomas Kotcheff, piano 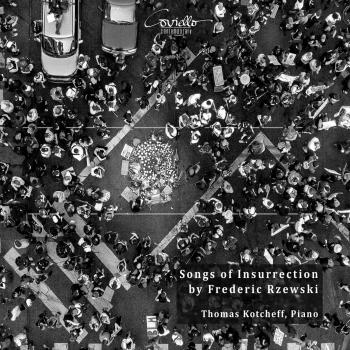 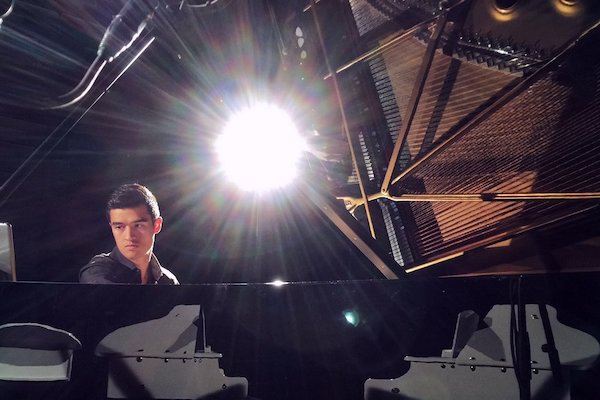 Thomas Kotcheff
(b. 1988) is a Los Angeles based composer and pianist. His music has been described as “truly beautiful and inspired” (icareifyoulisten.com) and “explosive” (Gramophone magazine). His compositions have been performed internationally by The Riot Ensemble, New York Youth Symphony, wild Up, Sandbox Percussion, Trio Appassionata, Argus Quartet, Lyris Quartet, Alinde Quartett, USC Thornton Edge, The Oberlin Contemporary Music Ensemble, HOCKET, Peabody Percussion Group, Latitude 49, and the Aspen Contemporary Ensemble amongst others.
Thomas has won numerous awards and honors including a Charles Ives Scholarship from the American Academy of Arts and Letters, a Presser Foundation Award, New York Youth Symphony's First Music Commission, Aspen Music Festival's Hermitage Prize, a BMI Student Composer Award, a SCI/ASCAP Student Commission, multiple awards from the National Association of Composers USA, and the RED NOTE New Music Festival Composition Competition amongst others.
Thomas has been a composition fellow at the Los Angeles Philharmonic's National Composers Intensive, the Festival International d'Art Lyrique d'Aix-en-Provence, the Aspen Summer Music Festival and School, the Norfolk Chamber Music Festival, Bennington Chamber Music Conference, and attended The Bang on a Can Summer Music Festival and the MusicX festival with Eighth Blackbird. He has been artist in residence at The Byrdcliffe Art Colony, The Kimmel Harding Nelson Center for the Arts, The Avaloch Farm Music Institute, The Studios of Key West, and The Hermitage Artist Retreat.
As a new music pianist, Thomas has dedicated himself to commissioning and premiering new piano works. His playing has been described as “dazzling” and “brilliant” by Mark Swed of the Los Angeles Times. His recent recording of Frederic Rzewski’s Songs of Insurrection comes out on Coviello Contemporary in Fall 2020 and his recording of Jordan Nelson’s Songbook for solo piano will be released in 2021. He is the pianist and founding member of the Los Angeles based piano duo HOCKET.
Thomas currently serves on the music theory and ear training faculty at the Colburn School and is a faculty member of the Los Angeles Philharmonic’s Composer Fellowship Program. He holds degrees in composition and piano performance from the Peabody Institute of the Johns Hopkins University and The University of Southern California.