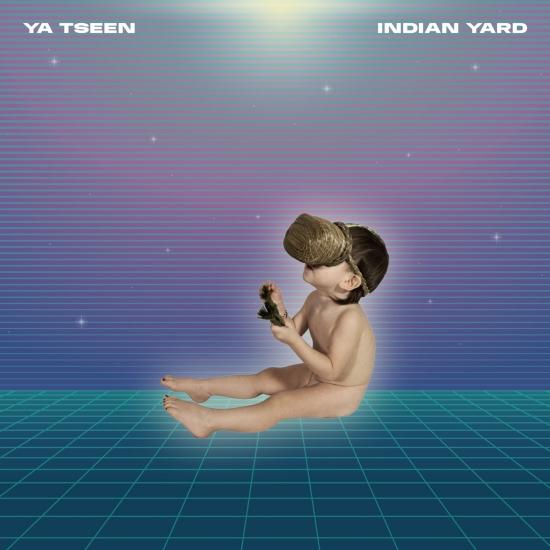 Nicholas Galanin is one of the most vital voices in contemporary art. Born in Sheet’ka (Sitka, Alaska), Galanin is Tlingit and Unangax̂; he creates from his perspective as an Indigenous man. His work calls for an accounting of the damages done to land and life by unfettered capitalism while envisioning and advocating alternate possibilities. For the 2020 Biennale of Sydney, he excavated the shape of the shadow cast by the monumental statue of Captain James Cook, a call for the burial of monuments to violent histories, which ArtNEWS and Artsy called a defining work of 2020. Land Swipe—a painted deer hide that depicts the NYC subway map, marked with selected sites of police violence against Black youth—was called one of “the most important art moments in 2020” by The New York Times. His work spans sculpture, video, installation, photography, jewelry and music; advocating Indigenous sovereignty, racial, social and environmental justice, for present, and future generations.
His debut as Ya Tseen (“be alive,” and a reference to his Tlingit name Yeil Ya Tseen) is Indian Yard, his first album for Sub Pop. Rich with emotional range and sharp awareness, Indian Yard explores love, desire, frustration, pain, revolution, and connection through the magnetic expressions of an Indigenous mind. The lusty electro-soul cascade of “Close the Distance,” the lithe funk frolic of “Get Yourself Together,” the insistent weight of “Back in That Time,” sung in Yupik: These 11 tracks put Galanin, Ya Tseen, and Indigenous art at large in a current musical conversation with the likes of Moses Sumney and TV on the Radio, FKA Twigs and James Blake.
Indian Yard is a profound record of liberation and an implicit act of protest, making its case by facing the intersection of past, present, and future realities. In a nod to Sun Ra, “Gently To The Sun” mentions “meds for a nightmare”—an apt description for a record that offers a much-needed antidote for what now ails us personally and universally.
This is not, by any means, Galanin’s first album. He has released a steady stream of records under a panoply of aliases, including Silver Jackson and Indian Agent. He has worked with the likes of Meshell Ndegeocello, Tanya Tagaq, and Samantha Crain. And for the better part of a decade, he’s also been part of the revolutionarily borderless art collective Black Constellation alongside Shabazz Palaces and THEESatisfaction.
Galanin brings all that experience and his partnerships to bear on the highly collaborative songs of Indian Yard. Galanin began working on the record in 2017 while going back and forth between his home in Sitka Alaska and Juneau where he was carving a totem pole. The album entwines falling in love and the birth of a child with the urgency of current social and environmental justice movements to tear down destructive systems and build anew. He shared the concepts with bandmates Zak D. Wass and Otis Calvin III and together they collaborated to build the album alongside longtime collaborator Benjamin Verdoes.
During strings of sessions in Sitka and Seattle, a cast of brilliant friends—Shabazz Palaces, Nick Hakim, fellow Indigenous Alaskan singer and songwriter Qacung, to name a few—helped turn Indian Yard into a cataract of intensely current pop wonders.
These collaborations, and Galanin’s broad vision make Indian Yard is as restless and powerful as its creator. He cut the mesmerizing opener “Knives” with Alaska’s rock stars, Portugal. the Man, whom Galanin counts as friends and allies for social and environmental justice. As infectious as anything by Gayngs or MGMT, “Knives” is a sweeping and intense reflection on desire. “At Tugáni” reaches the same state of kaleidoscopic wonder as Animal Collective. A creation song named for Galanin’s youngest child, it is a love song connecting past and future. Hinging on verses from Shabazz Palaces and Stas THEE Boss, “Synthetic Gods” is sonically seductive, a tense reflection on crisis that summons the pressure needed to ensure Indigenous sovereignty and power to the people.
Galanin’s art engages serious subjects with a provocative aesthetic and irresistible sounds: an American flag becomes a grizzly bear rug with bullet claws and gold teeth, while synth lines underscore the words “politicians built the border wall/We gonna raise the children that will make it fall.” With its radiant sounds and instant hooks, Indian Yard delivers socio-political messages with the strength of protest songs, wrapped in nuance and reflection on human experience and responsibility.
Indian Yard is a compelling document of humanity centered in an Indigenous perspective. Created by one of the world’s foremost Indigenous artists, the irrepressible Indian Yard is an intense illumination of feeling and connection.
Nicholas Galanin aka Ya Tseen 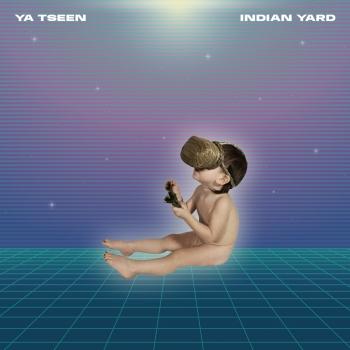 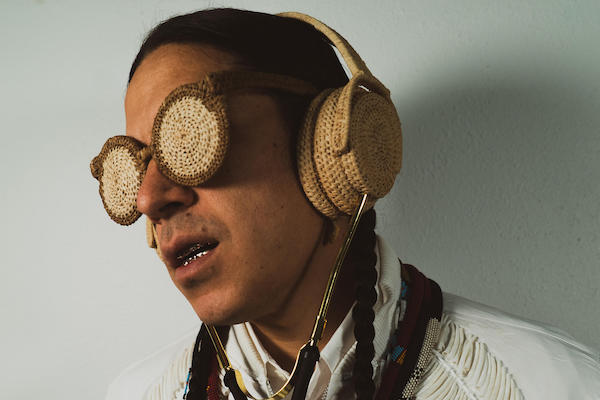 Nicholas Galanin aka Ya Tseen
is a native Alaskan artist of Tlingit and Unangax̂ ancestry. He apprenticed with Indigenous master carvers and jewelers, earned his BFA in Jewelry Design from London Guildhall University and his MFA in Indigenous visual arts at Massey University in New Zealand. Galanin offers perspectives rooted in connection to land and broad engagement with contemporary culture. He embeds incisive observation into his work, investigating intersections of culture and concept in form, image and sound. Galanin’s works embody critical thought as vessels of knowledge, culture and technology. His art has been exhibited throughout the United States and internationally, including the Native American Pavilion at the Venice Biennale, the 2020 Australian Biennale and the 2019 Whitney Biennial, and the National Museum of the American Indian. His work is in private collections, as well as the permanent collections of the National Gallery of Canada, Portland Art Museum, and Denver Art Museum. Galanin currently lives and works with his family in Sitka, Alaska.