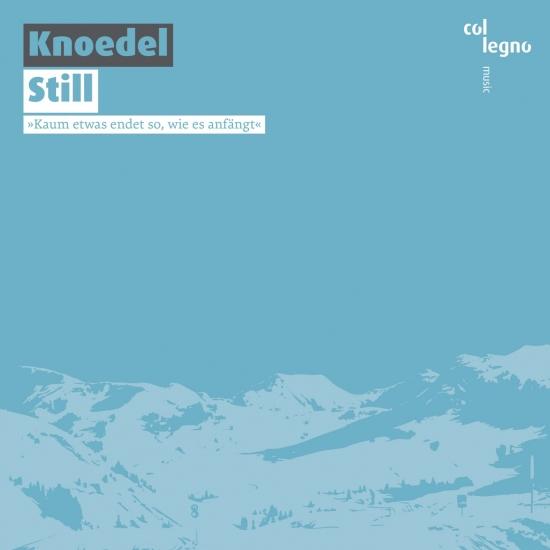 We can marvel here – after a break of 17 years – at the sonorous reunion of a band which made waves worldwide in the 1990s. The octet used wind, string and plucked instruments to marry Alpine folk music with Stravinsky, Weill or Rota – this is more or less how it was described back then. In any case, the musicians thought well outside of the box (of dumplings). Since then, they have enjoyed international careers in both early and contemporary music. Christof Dienz, their musical mastermind, called them into the studio several months ago. Everyone came. The author Felix Mitterer, known for his stage plays and film scripts, describes the result thus:
“This music is like a dream I once had in Ireland. (The day was already dawn- ing, the shutters were closed). A wave, slowly pulsating, suffused my body, soft and cool, more soothing than anything ever before, somehow blue, phosphorescent – and I took off, into infinity.”
Insinuation is the finest accomplishment: In the spring of 2017, Christof Dienz called me to say he was thinking of reforming Knoedel. Unbelievable. But it was true, just like the Blues Brothers: “We’re puttin’ the band back together!”
Flashback. The 1990s. What made Die Knödel different, in comparison to the very many ensembles focusing on their “roots”? Instead of overloading folk music with jazz and endless solos, they merged Alpine traditions with ideas reminiscent of Stravinsky, Satie and baroque concepts of playing, transposing clear, razor-sharp scores. An intense free spirit spoke from the music of these young people. For eight years and four CDs, they were an integral part of this “new folk music scene”, to which in fact they did not belong at all, and they finally imagined themselves away. In 2000 they sieved themselves out of the stew that was the scene, and at the right time, too: Knödel means dumpling in German, and if dumplings swim too long in sauce, they fall apart. They preferred to separate before falling apart.
So there was solid material to build on when the band was reformed. The sparkling instrumentation is still exhilarating, the plucking and bowing of zither, harp, violin, guitar and double bass, the breathing and blowing of trumpet, clarinet and bassoon. To properly move with the times, however, Knoedel wanted to introduce an instrumental expansion as well, along the lines of “appealing to young people”. And because the electric guitar thing hadn’t really worked out for Bob Dylan, it was obvious: it had to be drums. In the case of Charlie Fisher, a drummer was found who certainly met all established expectations of the instrument with a healthy scepticism. (It’s wonderful, for example, how subtly he uses the drum set in “Frisch wie Feuer.”)
And here we’ve come to the magic word: scepticism. Almost all photos of Knoedel show them with serious and sceptical expressions. But if we bear in mind that scepticism does not necessarily just mean suspicion but also reticence and vigilance, then we’ve found the key – or should that be the fork – to enjoying the Knoedel pieces.
The accomplishment comes from this reticence: don’t always go off straightaway like a bull at the gate, don’t always show off with super solos, keep the reins nice and tight! This enables focused playing. Knoedel play with expectations. Barely anything ends as it begins. Just as in life, then. (Albert Hosp) [...]
Catherine Aglibut, violin
Margret Köll, tripel harp
Alexandra Dienz, double bass
Michael Öttl, guitar
Walter Seebacher, clarinet, dulcimer
Andreas Lackner, trumpet, flugelhorn, dulcimer, chimes
Charlie Fischer, haimophone & Hölzernes Glachter & wine bottles & dulcimer & chimes & drum set
Christof Dienz, Fagott & Zither 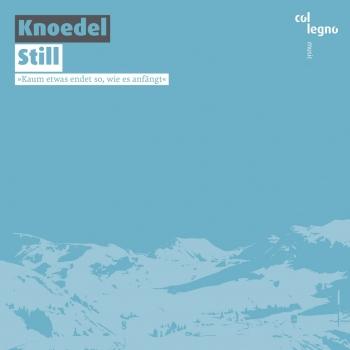 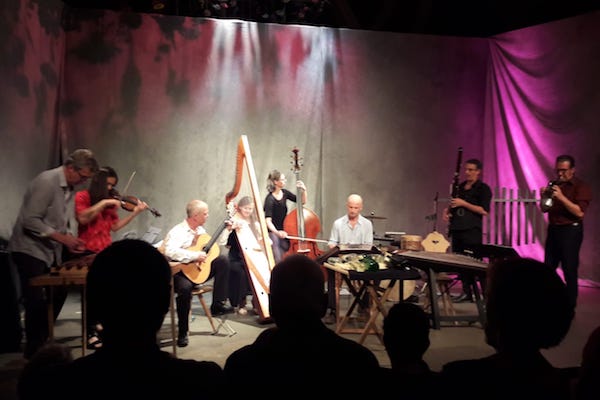 Knoedel
In the early 1990s, the group was formed – initially under the name “Die Knödel” – from the environment of the Innsbruck music academy and a young folk music scene. Christof Dienz was already interested in the music of his Tyrolean homeland, and invited his friends, all with a family background in folk music, to record a couple of pieces he had composed.
At a concert in Utopia in Innsbruck, music manager Christoph Moser noticed the group and took on their management. Performances in Europe, North America, Japan and Russia followed, as well as film music and five CDs, until in autumn 2000, after 8 years, they ran out of steam. Everyone went their own way and built their own career.
After 17 years, Christof Dienz felt that the break had been long enough, and invited all of Knoedel to play together again. Everyone other than the violinist, Julia Fiegl, was keen to do so. A wonderful replacement for Julia Fiegl was found in the timpanist and percussionist Charlie Fischer – so nothing stood in the way of a reunion in a new guise. Music for Urs Egger’s film “Das Wunder von Wörgl” was recorded straightway in the winter of 2017/8, and a new program was developed, which is presented here now on this CD, “Still.”