Been Meaning To Tell You Ina Forsman 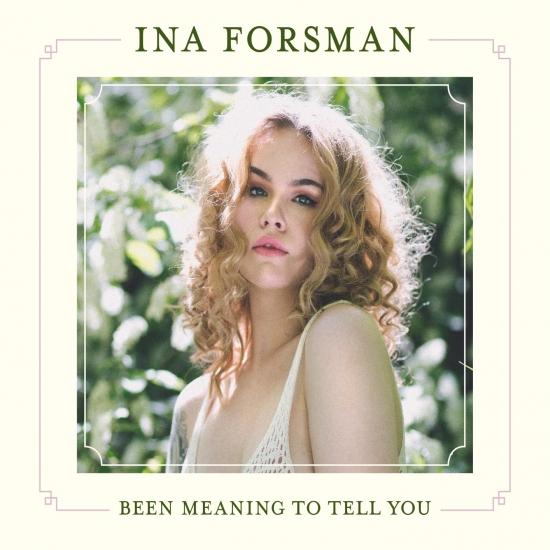 Info for Been Meaning To Tell You

It takes a special artist to snatch triumph from the jaws of disaster. Rewind to 2016 and everything was going right for Ina Forsman. The 24-year-old singer had gone from Finland’s best-kept secret to Ruf’s hottest new signing. Her self-titled debut had wowed the music press, from Classic Rock (“dynamite voice”) to Blues Blast (“debut album of the year”). She’d blazed her reputation in the US and Europe on that year’s Blues Caravan tour, and couldn’t slow the torrent of new songs that flowed from her.
Then fate threw a curveball. While gigging in New York, Ina lost her phone – and with it, every last scrap of new material. A lesser artist would have crumbled. But as you’d expect from a road-warrior who paid her dues under blues heroes like Guy Verlinde and Helge Tallqvist, Ina stood tall, breathed deep, wiped the slate clean and took two more years to pen a fresh batch of songs. “For a long time, I was so angry at myself,” she remembers. “But at the end of the day, I’m happy I lost my phone. I lived a little more life – and was able to write better songs with more emotion.”
We’ve had the introductions. Now, on second album Been Meaning To Tell You, Ina brings the listener closer than an old friend, spilling her deepest emotions while surveying the beauty (and beasts) of the modern world. Tracked at Austin’s Wire Recording Studio with producer Mark ‘Kaz’ Kazanoff and a world-class band, these are twelve songs for life’s highs and lows, whether you want speaker-rattling soul for wild nights or a slow-blues for licking your wounds. “Let the music heal you,” Ina advises, “or break you momentarily if you’re not ready to get back up yet.”
Some listeners will focus on Ina’s incredible vocal, as she slips from the feline purr of Be My Home and the rapid-fire punch of Get Mine, to the conversational flow of Figure. But perhaps still more impressive is the quality of her original songwriting. As on her debut, Ina is a creative force here, penning all the lyrics and co-writing the music, on an emotional rollercoaster that swerves between the acid-jazz of All Good, Genius’s raucous soul and the shivering slow-blues Miss Mistreated. “That song is about getting out of a bad relationship,” explains Ina, “and I wrote Who Hurt You for my best friend, who spent a long time trying to leave an abusive relationship.”
She’s full of surprises. Try Every Single Beat, with its Latin rhythms and a lyric that Ina hopes will let you “feel the moment and stop being so goddamn concerned what other people are thinking”. Try Chains, with its throbbing percussion and gang-chant vocals. Even when she writes a love song, Ina twists the template, with Whatcha Gonna Do and Why You Gotta Be That Way giving two perspectives on sexual harassment. “The first song tells the situation from a man’s point of view,” she explains. “He sees a beautiful girl, tries to get her attention and ends up making some fucked-up decisions. The second song tells the story from the girl’s point of view: she just wants to carry on with her stuff but this dude won’t leave her alone.” It all ends with the stunning Sunny – a smoky acapella masterclass, written entirely by Ina, that sends you off into the world with goosebumps, ready to spread the word about this extraordinary artist. Been Meaning To Tell You is the second album that you hoped Ina Forsman was capable of – and then some. Let us all be thankful that she lost her phone…
Ina Forsman, lead vocals, backing vocals
Red Young, piano, keyboards
Brannen Temple, drums, percussion
Laura Chavez, guitar
Chris Maresh, electric & upright bass
The Texas Horns: Mark “Kaz” Kazanoff, tenor saxophone
John Mills, baritone saxophone, flute
Al Gomez, trumpet
Randy Zimmerman, trombone
Alice Spencer, backing vocals
Mark “Kaz” Kazanoff, backing vocals
Jay Stiles, synthesizer, keyboards 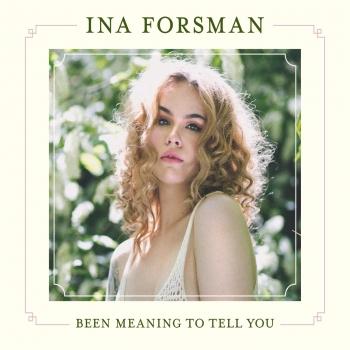 Been Meaning To Tell You 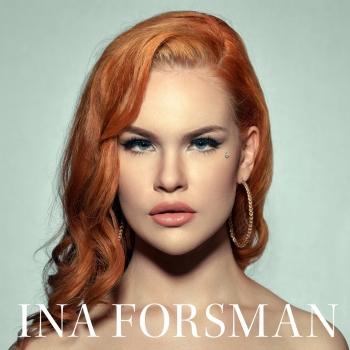 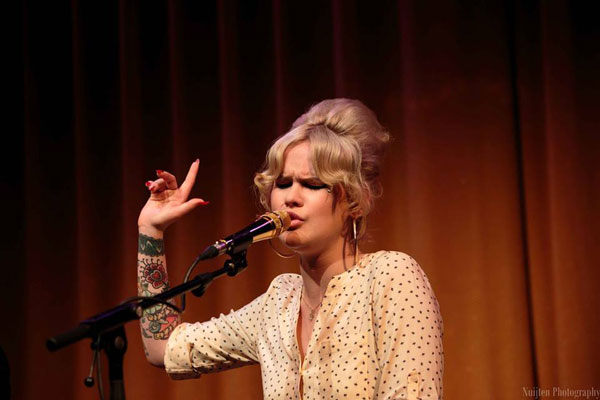 Ina Forsman
is the one you’ve been waiting for. Maybe you’ve caught a glimpse of her on the blues stages of Europe, blowing out the speakers with that burnt-honey voice. Perhaps you marked her for future greatness when she represented Finland at the 2014 European Blues Challenge, or during her early guest spots with Guy Verlinde and Helge Tallqvist. Now, as this next-big-thing releases her self-titled debut album – and rocks the house on the famous Ruf Records Blues Caravan 2016 – it’s time for a proper introduction.
Released on Ruf Records, Ina Forsman is everything that great music used to be: real, raw, written from the heart and shot from the hip. Likewise, Ina herself is everything that great frontwomen are meant to be: enigmatic, honest, passionate and dangerous. By the time you’ve heard these ten self-penned songs – plus a stellar cover of Nina Simone’s “I Want A Little Sugar In My Bowl “– you’ll know her inside-out, and want to know more. Read on. Play Ina Forsman and the first thing that hits you is the voice. That astonishing delivery is a major weapon in Ina’s arsenal, and the icing on the big-band brass and soul-blues piano of these breakup and redemption songs. Growing up in Helsinki, Finland, she always hoped it would take her places. “I was six years old when I first said out loud that I wanted to be a singer. My influences go back to the time my aunt gave me my first Christina Aguilera album when I was seven. For me, a great singer is someone who has power in their voice and isn’t afraid to use it, in all of its colours and shades.”
Yet Ina’s debut album goes far deeper than a God-given voicebox. These eleven songs speak of an artist who lives and breathes the blues, having gigged from the age of seventeen and received guidance in the genre from Finnish harmonica legend Helge Tallqvist. “Helge was the first person who introduced blues to me,” she remembers. “He took me to the studio and put our band together a couple of years ago. There aren’t enough words to describe how much I learnt from him. So much about music, but also about organising gigs, doing the boring paperwork, and life in general.”
Perhaps the most crucial lesson that Ina took from her mentor was that music has to be a personal expression. As such, while her early setlists relied on covers, for her debut album, she penned all the lyrics, while co-writing the music with principal collaborator Tomi Leino. “For me,” stresses Ina, “it’s very important to sound original. There is no other way for me than to write the songs on my own. I have a story and no one else can tell it quite like I do.
“All the songs are about love and its ups and downs,” she adds. “They have a story behind them and are very personal to me, though some are more serious and deeper than others. For example, the song “Pretty Messed Up” is a last love-letter to my ex-boyfriend, and “Bubbly Kisses” is about drunk sex.”
As for the musical direction, there were no limits. “When I started to look for inspiration for this album, I searched for new music everywhere. I went to record stores, on YouTube, Spotify, just every possible place where I could find something I haven’t heard before. Mostly, I listened old soul and blues records – artists like Donny Hathaway, Aretha Franklin and Sam Cooke – so this idea of a blues album turned into a soul/blues album. Mostly, it just came out that way, without much planning or trying to get a specific vibe.” When it came to the album sessions, Ina also looked towards America, tracking at Wire Recording in Austin, Texas, where her band included Laura Chavez and Derek O’Brien (guitars), Nick Connolly (keys/organ), Russell Jackson (bass) and Tommy Taylor (drums) – plus guest harp from Helge Tallqvist and brass from The Texas Horns, led by producer/saxophonist Mark ‘Kaz’ Kazanoff. “I was so happy the whole time,” she remembers. “The week that I spent in Austin is gonna be my favourite memory for a long time. I got to work with amazing, talented people in a beautiful city on the other side of the planet from where I live. A while back, I didn’t dare to even dream about something like that. We worked so hard, and after every day I was more tired – but also more excited to go back to the studio.”
You can hear the joy in the results. At a time when most blues albums are dominated by chugging guitar, Ina’s debut truly swings, evoking a brassy soul-blues session from a bygone era, but imbued with the singer’s modern attitude. “All my favourite songs always had piano or brass on them,” she says of the varied instrumentation. “Piano and saxophone are my favourite instruments, so it was obvious from the start.”
With a classic debut album in her back pocket and major international touring plans afoot, many are tipping Ina Forsman as the breakthrough artist of 2016. As for the singer herself, she prefers to ignore the predictions, live in the moment and let her creativity take the lead. “Sometimes,” she considers, “it’s good to just let the music take you there. My next album might be totally different – and it probably will be. That’s what makes songwriting so exciting, because you never know where your next inspiration will come from…”

Booklet for Been Meaning To Tell You