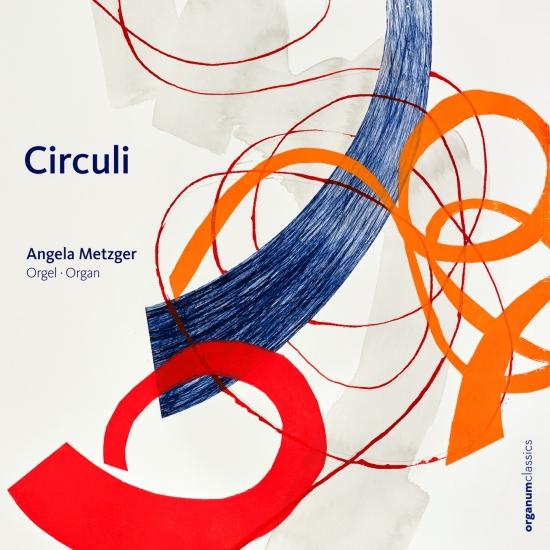 The contrast between music composed in the 17–18th centuries and music originating from the late 20 th and early 21 th centuries is a common thread running through this album. Each of the pieces relate to the others. Compositions by Samuel Scheidt, Dieterich Buxtehude and Johann Sebastian Bach form a circular connection to the Toccata by Bernard Foccroulle, the anti-toccata Toccatacet by Daniel Glaus and Franz Danksagmüller’s Circuli – the eponymous inspiration for this album. The purely mechanical Reil organ built in 2009 (III/41), which in turn brings baroque organ building principles up to the present day, serves as the perfect instrument for Angela Metzger’s playing style. Danksagmüller’s opus Circuli refers to a significant work of art and creatively explores a performer’s relationship with other art forms. Metzger couples her album Circuli with works by the Reutlingen-based visual artist Susanne Immer. Both women are fascinated and driven by opportunities to dive into specific worlds – specifically when they can use their work to connect seemingly distant art forms.
Angela Metzger at the Reil Organ in the Parish Church of St. Nikolaus in Rosenheim, Germany 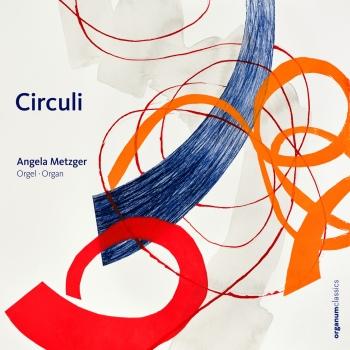 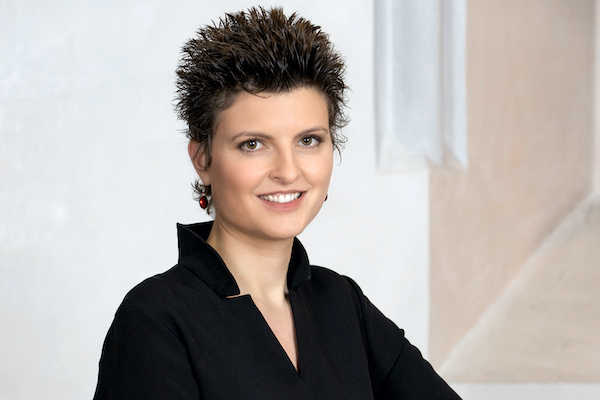 Angela Metzger
Angela Metzger studied for an A-level Diploma in church music and a Diploma, Masters and Master Class in organ under Prof. Edgar Krapp and Prof. Bernhard Haas at the University of Music and Performing Arts Munich. She also completed oboe studies at the Tyrolean State Conservatory in Innsbruck with Konrad Zeller. While training, she received a scholarship from the Cusanuswerk sponsorship organisation, the “Deutschlandstipendium” Germany Scholarship and was also accepted into Yehudi Menuhin’s “Live Music Now” foundation. Angela Metzger was awarded prizes at international organ competitions in Bad Homburg, Tokyo, Wiesbaden, Saint-Maurice and Wuppertal, as well as at the ARD competition. Moreover, she was awarded the Bayernwerk AG Cultural Award, and in 2019, she received the “Bayerischer Kunstförderpreis” (Bavarian state award for the advancement of arts). During the 2017/18 winter semester, Angela Metzger taught as a substitute for Bernhard Haas at the University of Music and Performing Arts Munich. The artist has dedicated herself to organ music in its entirety; she has therefore been invited to give recitals at the Varaždin Baroque festival, the “Night of Contemporary Organ Music” in Berlin, and the “orgel-mixturen” in Cologne. Furthermore, she works together with contemporary composers, such as Moritz Eggert, Mark Andre, Philipp Maintz, Johannes X. Schachtner and Dominik Susteck. Angela Metzger regularly performs at international organ festivals, including “Toulouse les Orgues” and the “Orgelsommer Bergen”; she has given guest recitals in Egypt and Israel, at the Orgelpark in Amsterdam, the Berlin Concert Hall, the Essen Philharmonic Hall, the Musashino Civic Cultural Hall in Tokyo and the Royal Opera House in Muscat (Oman). She has performed with the Gürzenich Orchestra at the Cologne Philharmonic Hall and the Elbphilharmonie Concert Hall in Hamburg, among other venues. As a soloist, she could be heard performing with the WDR Symphony Orchestra as part of the “Musik der Zeit” series in Betsy Jolas’ “Musique d’hiver”, conducted by Titus Engel. Her concert work has included radio and television recordings for Bayerischer Rundfunk, Deutschlandfunk and Westdeutscher Rundfunk. CD recordings are available on the Rondeau Leipzig, Solo Musica Munich and ARE labels. The latter features contemporary organ pieces recorded at the Kunst-Station Sankt Peter in Cologne and was nominated for the German Record Critics’ Choice award in 2020.