A Day at the Office Chris Abelen 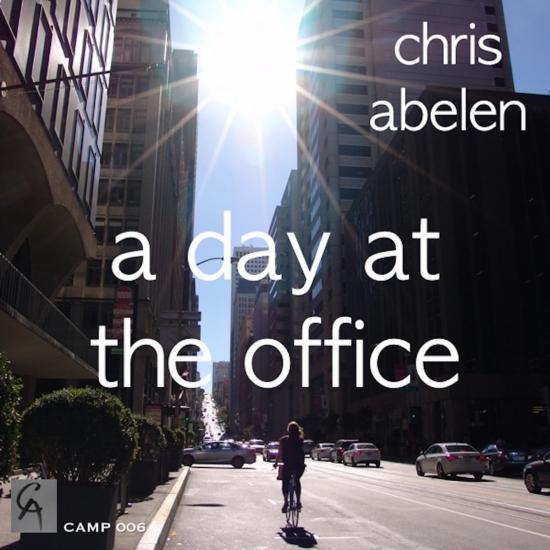 Info for A Day at the Office

„A day at the office“ is Chris Abelen’s 6th album, written for a small jazz band. Instrumental, jazz, funk. This album is part of a new project, Make money not love, which Chris worked on with Bastiaan Geleijnse, who is writing the text & lyrics.
„The pharmacy was closed when the many tired ghosts of Miles Davis decided to in vivo freak this band. Suitable for zombies and psychedelics. #livingdeadcharm“ (Fiona Ord-Shrimpton, AllAboutJazz)
„The proof’s in the final report. The players don’t sound like they’re watching the clock, waiting for work to be over. They sound psyched, rested and ready. Putting this music together, Chris Abelen struck a blow for worker comfort, efficiency, and effective time management.“ (Kevin Whitehead)
Angelo Verploegen, trumpet
Floris van der Vlugt, alto & soprano saxophone
Chris Abelen, trombone
Tini Thomsen, baritone saxophone, bass clarinet
Thijs Huijbens, guitar
Ulrich Wentzlaff-Eggebert, double bass
Yonga Sun, drums 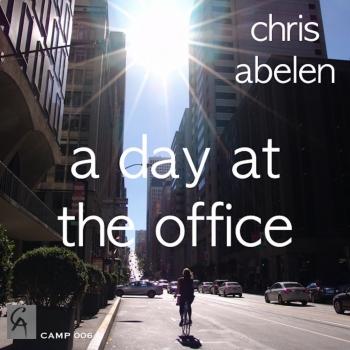 A Day at the Office

Chris Abelen
started, as many trombonists, with the trumpet (at the age of 11). At the age of 18 he switched to the trombone. He started to study classical trombone with Charles Toet and Henri Aarts, and after 4 years switched to Amsterdam to study with Willem van Manen, former 1st trombonist of the Willem Breuker Kollektief. When Van Manen left, shortly replaced by Garrett List, Abelen started to perform with the Kollektief in the summer of 1984. After extensive touring with this band he left at the beginning of 1988, to start his own band, and to perform with others.
The first band was the Chris Abelen sextet, with Tobias Delius, Bo van de Graaf, Wilbert de Joode, Martin van Duynhoven and Jan Kuiper. Their first perfomance was on the Klap of the Vuurpijl, a 5 days festival, organized by Willem Breuker between Christmas and new year's eve in Amsterdam. Unfortunately the Dutch Radio Broadcast Corporation lost the recordings fo this concert. After some concerts Abelen decided to continue with a quartet, so Kuiper and Van de Graaf left the band. The Chris Abelen Quartet performed once, for a VPRO radio broadcoast in O42 in Nijmegen, the Netherlands. From this recording the title track Plint is on the EP Plint (CAMP 005), with a great tenor solo from Delius. After this one-time concert Abelen decided to replace Martin van Duijnhoven by Charles Huffstadt, and asked Corrie van Binsbergen to join the quintet. They started in the studio with a recording of Dance of the Penguins (1996). A 2nd live album was recorded in 1999, What a romance. Before starting this Chris Abelen Quintet, Abelen was commissioned for a 2nd time to write for the Klap op de Vuurpijl for a 10-piece band, with Ab Baars, Paul Termos, Frans Vermeersen, Eckard Kolterman, Eric Boeren, Larry Fishkind, Michael Vatcher and Wilbert de Joode. Years later (in 2002) Abelen decided to release these recordings and produced his 3rd album PROOST (dutch for 'cheers'). The 4th album, Space, was recorded with the quintet, a string quartet (Zapp4) and Ab Baars on clarinet. In 2016 Abelen released his 6th album, A day at the office, for a septet with a new line-up, with Angelo Verploegen, Floris van der Vlugt, Tini Thomsen, Thijs Huijbens, Ulrich Wentzlaf and Yonga Sun. This album is part of a new project which Abelen is working on with Bastiaan Geleijnse, a Dutch cartoonist (Fokke & Sukke), who is writing the text and lyrics.
Beside his own bands Abelen toured and recorded with the Contraband, from his former teacher Willem van Manen, and with other dutch bands, such as I Compani, Paradise Regained Orchestra, Eric van der Westen Octet, Dick de Graaf Septet. Chris Abelen is also working as a professional engraver (Finale/Apple), for publishers as Boosey & Hawkes (London), Donemus, Universal and for orchestras as the Los Angeles Philharmonic, Royal Concertgebouw Orchestra (Amsterdam), Asko/Schönberg (Amsterdam), Metropole Orchestra (the Netherlands), Netherlands Philharmonic Orchestra and others. Abelen started with digital engraving in 1992, when Willem Breuker needed some help with his Atari.
Composers among others Louis Andriessen, Martijn Padding, Willem Jeths, Geert van Keulen, Elmer Schönberger, Bernard van Beurden, Willem Breuker.