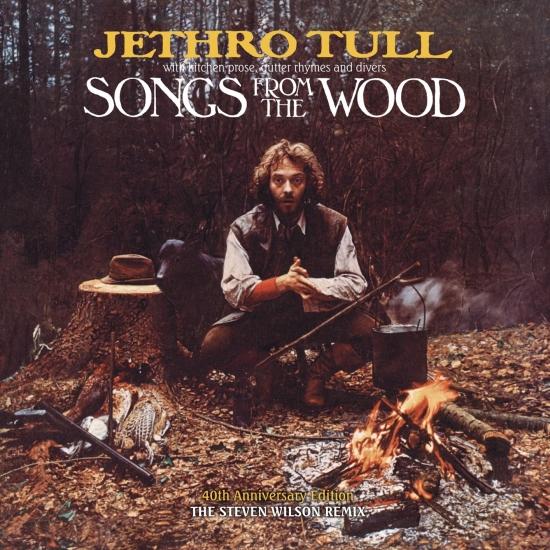 Jethro Tull’s tenth album was inspired by Ian Anderson’s departure to a more rural environment in a transition which bore clear influence on the writing and recording process, with the band notably doffing a cap to British folklore and countryside.
Songs From The Wood is often referred to as one of the most commercially appealing Jethro Tull albums, containing elements of rock, prog and folk-rock. Although media reaction at the time divided opinion, the album has certainly developed a nostalgic rapport with fans through the years and it is perceived today as one of the band’s most popular albums. Drummer Barrie Barlow comments that it sounds “Fresh, unique, great textures, interesting and dynamic!”, while guitarist Martin Barre remembers that “It was a very tight band, one of the strongest line-ups Tull ever had… I think that Songs From The Wood and Heavy Horses [the follow up album] as a pair of albums are near the top of the tree”.
The first album of the set contains the Steven Wilson remix of the original studio album, accompanied by associated recordings. This includes the tracks “Old Aces Die Hard” and “Working John, Working Joe” which are being released here for the first time on any format. “Old Aces Die Hard”, a title Ian Anderson recently gave the track in a subtle nod to Motörhead’s Lemmy Kilmister, is, according to Ian “an extraordinary find, because it’s a long piece, and quite evolved, and one that sounds like it is pretty much complete – it doesn’t sound as if it was waiting for me or anyone else in the band to go back and redo vocals or guitars or whatever.”
It was a very tight band, one of the strongest line-ups Tull ever had… I think that Songs From The Wood and Heavy Horses as a pair of albums are near the top of the tree” (Martin Barre)
„Far and away the prettiest record Jethro Tull released at least since Thick as a Brick and a special treat for anyone with a fondness for the group's more folk-oriented material. Ian Anderson had moved to the countryside sometime earlier, and it showed in his choice of source material. The band's aggressive rock interplay and Anderson's fascination with early British folk melodies produce a particularly appealing collection of songs -- the seriousness with which the group took this effort can be discerned by the album's unofficial "full" title on the original LP: "Jethro Tull With Kitchen Prose, Gutter Rhymes, and Divers Songs from the Wood." The group's sound was never more carefully balanced between acoustic folk and hard rock -- the result is an album that sounds a great deal like the work of Tull's Chrysalis Records labelmates Steeleye Span (though Nigel Pegrum never attacked his cymbals -- or his entire drum kit -- with Barriemore Barlow's ferocity). The harmonizing on "Songs From the Wood" fulfills the promise shown in some of the singing on Thick as a Brick, and the delicacy of much of the rest, including "Ring Out, Solstice Bells" (where the group plays full out, but with wonderful elegance), "Hunting Girl," and "Velvet Green," set a new standard for the group's sound. "Pibroch (Cap in Hand)," which is dominated by Martin Barre's electric guitar -- in a stunning array of overlapping flourishes at full volume -- is the only concession to the group's usual hard rock rave-ups, and even it has some lovely singing to counterbalance the bulk of the song.“ (Bruce Eder, AMG)
Ian Anderson, vocals, flute, acoustic guitar, mandolin, cymbals, whistles
Martin Barre, electric guitar, lute
John Evan, piano, organ, synthesisers
David Palmer, piano, portative pipe organ, synthesisers
John Glascock, bass guitar, vocals
Barriemore Barlow, drums, marimba, glockenspiel, bells, nakers, tabor
Recorded September - November 1976 at Morgan Studios, London
Engineered by Robin Black
Produced by Ian Anderson 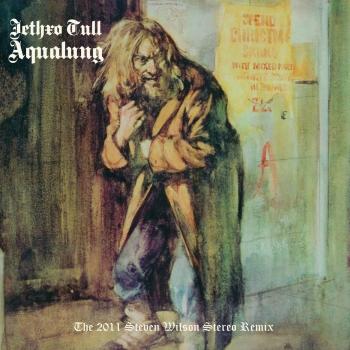 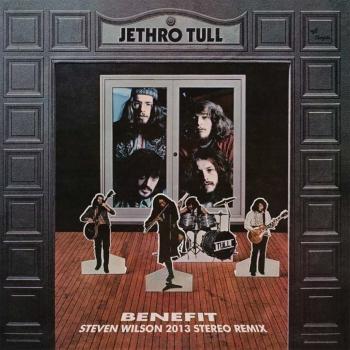 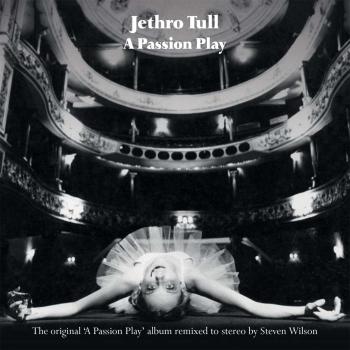 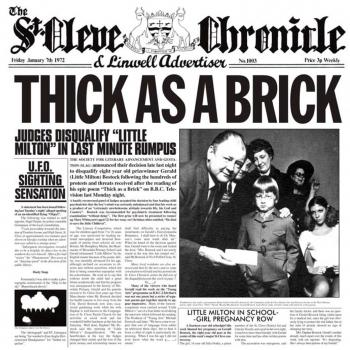 Thick As A Brick (Steven Wilson Mix And Master) 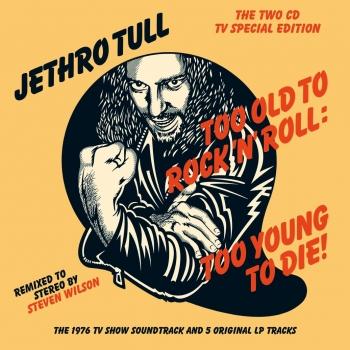 Too Old To Rock 'N' Roll: Too Young To Die! (Special Version - Remastered)

Jethro Tull
formed in February 1968 from the ashes of two unsuccessful blues/rock bands of the era. Ian Anderson brought his unique and innovative style of flute playing to a public raised on the guitar based British bands who courted acceptance at London’s famous Marquee Club.
After their first tentative blues oriented album, titled “This Was,” the group moved through successive records towards a more progressive sound, and with “Aqualung” in 1971 achieved their first real international level of success.
A few hit singles, notably “Living in the Past,” livened up their early career although it was as an album band, with songs of real substance, that the group really took off, both on record and as a major live concert act.
So-called concept albums followed in the early 70’s (“Thick as a Brick” and “A Passion Play”) with the attendant platinum No. 1 album chart sales.
Tull survived the critical backlash of the return-to-basics later 70’s to produce some of their finest creative efforts which, although not quite matching the commercial success of the previous works, established the band as one of the truly creative exponents of progressive music throughout the 70’s, 80’s and 90’s.
They have continued to constantly reinvent themselves, albeit with several personnel changes along the way.
Ian Anderson (flute and vocals) and Martin Barre (guitar) provide to this day the musical and historical backbone of the group, joined by Doane Perry on drums, Andrew Giddings on keyboards, and Jonathan Noyce on bass.