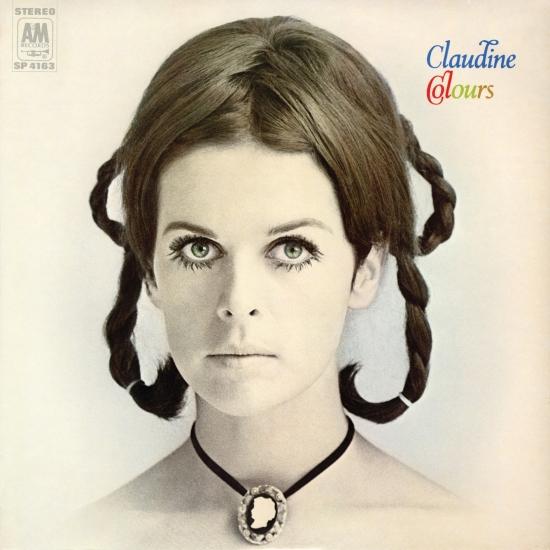 "A funny thing happened to easy listening pop around 1968: many of the studio musicians in Los Angeles and New York got turned on to the same hip new sounds as everyone else, and for a brief period, the middle of the road got gently psychedelicized. This led to oddball goodies like the fragmentary, dreamlike The Secret Life of Harpers Bizarre, those weird records where Sebastian Cabot and William Shatner were intoning Bob Dylan like he was Shakespeare, and Claudine Longet's Colours. Previously preferring Europop schmaltz like Paul Mauriat's "Love Is Blue," Longet stretches out to include two of Donovan's early folky tunes, "Catch the Wind" and the title track, a delicate acoustic reading of Gordon Lightfoot's "Pussywillows, Cat-Tails" that's really quite lovely, and perhaps most surprisingly, a tender recasting of the Everly Brothers' "Let It Be Me" with a coda featuring new French lyrics penned by Longet herself. Not everything works: the opening version of "Scarborough Fair/Canticle" doesn't hint at the complexity of the harmonies of the Simon & Garfunkel original, and Joni Mitchell's "Both Sides Now" skates so dangerously close to tweeness by itself that the addition of Longet's wispy little-girl vocals and prominent lisp sends it over the edge. Longet redeems herself at the album's end, however, with a delicately mournful take on Randy Newman's oft-recorded "I Think It's Going to Rain Today" that features only the composer's piano and Longet's uncharacteristically self-assured vocals. Colours is certainly enjoyable on the shallow, kitschy "ha ha, look at this" level that most modern-day hipsters condescend to, but for true connoisseurs of the style, it's probably Claudine Longet's best album." (Stewart Mason, AMG)
Claudine Longet, vocals
Ron Elliott, guitar
Lincoln Mayorga, keyboards
Randy Newman, piano
Bill Cunningham, fiddle
Lyle Ritz, bass
Jim Gordon, drums
Nick DeCaro, horns & strings arrangement
Produced by Tommy LiPuma
Digitally remastered 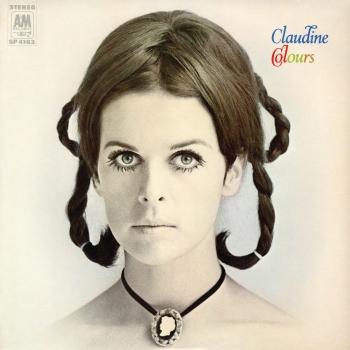 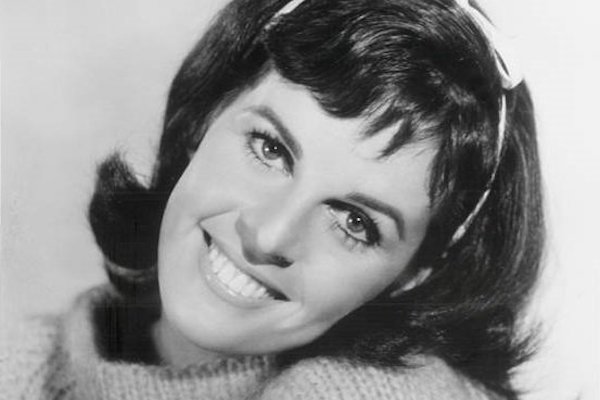 Claudine Georgette Longet
Born in Paris on the 29th of January (Aquarian). At the age of Nineteen Claudine was a lead dancer in the Folies Bergere in Las Vegas where she met and fell in love with the incomparable crooner Mr Andy Williams (Mr Moon River). They married on Christmas day in 1961 and immediately set about making a family. Claudine had three children to Mr Andy Williams, Noëlle, Christian and Robert. Claudine resurfaced seriously from the domestic front in 1964, and relaunched herself into the entertainment world, embarking on a career as an actress in popular television shows of the day. But it wasn’t until 1966 that Claudine started her short but prolific recording career, going on to release no less than seven albums between 1966 and 1972. All the while still working in television, and maintaining a family. It was during this productive period that she also appeared in a couple of films, most notably: “The Party” with Peter Sellers.
With her whispy French accent, Claudine was presented to the public as a gorgeous doe-eyed innocent, and toward the end of her recording career she was really starting to identify herself musically and define her distinctive sound. Regrettably, this was all cut short after Claudine was involved in a tragic accident. After the trauma of losing a loved one and constant media harassment, Ms Longet vanished from the public eye as quickly as she had arrived, deciding instead to concentrate on raising her children, but leaving behind a wonderful legacy which is her music.