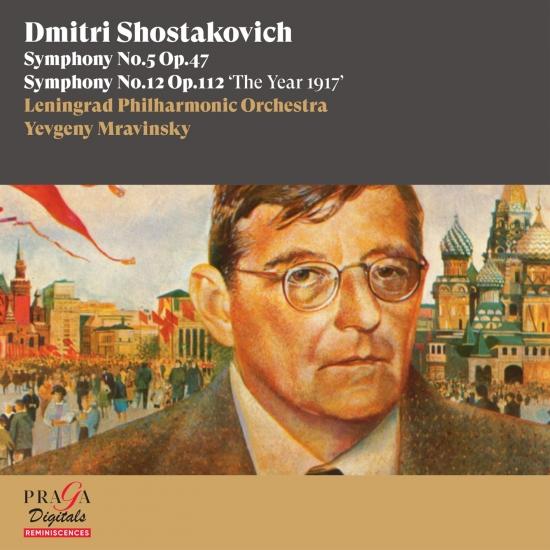 Shostakovich was genuinely trying to break new ground but had been sharply brought into line (viz. the edict issued against his opera Lady Macbeth of Mtsensk). His Fifth Symphony seems to cast doubt on the Marxist purity of the Party in power. He conveyed his rage in unexpectedly neo-Mahlerian style, but concluded with politically correct optimism.
A quarter of a century later he produced ‘The Year 1917’, a skilfully produced commission which sounds like a film score.
Even today Mravinsky is still the most effective interpreter of these pieces, capable of rendering both their intrinsic power and resounding ambiguities.
"Mravinsky’s wouldn’t necessarily be my first choice for the Fifth Symphony but his is a very considerable performance and one, moreover, that has the stamp of unique authority. As for the Twelfth, well this is an important document because it was the last of six Shostakovich symphonies that were premiered by Mravinsky. The premiere of the Thirteenth in 1962 was originally entrusted to him but he withdrew and I suspect Shostakovich never forgot that. The recordings are now over 50 years old but the sound is pretty good for its time." (John Quinn, MusicWeb International)
Leningrad Philharmonic Orchestra
Yevgeny Mravinsky, conductor
Digitally remastered 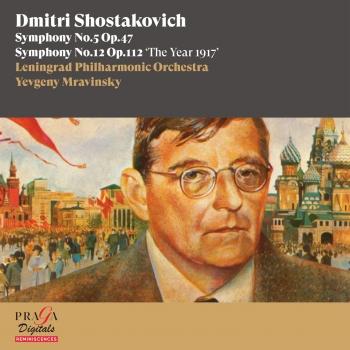 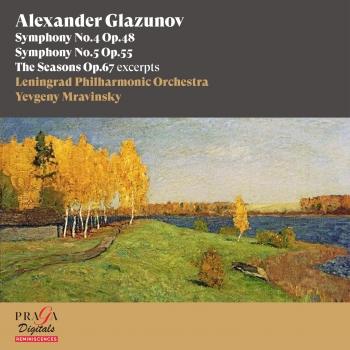