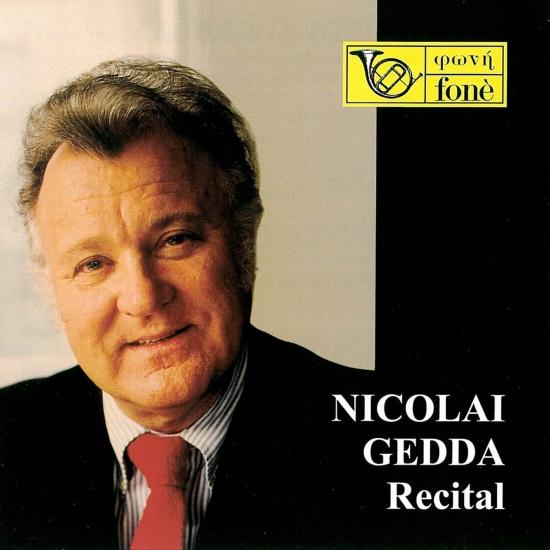 In thirty years of recording activity Nicolai Gedda has put together such a large amount of operas, operettas and recitals that we have the embarrassment of choosing among them (it is enough to say that by the end of 1963 he had already recorded a score of operas and three recitals, and even a couple of 78 rpms.).
As if dozens of "studio" recordings weren't enough, there are also precious "live" documents, like this record itself: a Viennese edition of The Ugonots, for instance, and an Italian radio recording of Le Prophete, which can be counted among the zeniths of the extreme versatility of the Swedish singer, real Pillars of Hercules for a tenor who made the right start towards a congenial Mozartian dimension, subsequently broadening his horizons in various and often astonishing directions.
Certainly today it's unusual to find a tenor who, like Gedda, starts from Adam's Postillon, to reach the sixth upper degree peaks of Guglielmo Tell, on the one hand dedicating himself to the normal light-operatic repertoire (with an obvious preference for Mozart's characters) and on the other not hesitating to expose his precious uvula to the surprises not always pleasant of contemporary composers such as Orff or Stravinsky. Stravinsky matches perfectly Gedda's sensitivity, Swedish in origin but so Russian on his father's side as to call himself no less than Ustinov (a surname not unknown in the soviet Nomenklatura). But on this direction one is more likely to meet Tschaikowski than Stravinsky and, more exactly, the Lenski of Eugene Onegin of which Gedda offers a scenically convincing and vocally striking portrait, as this record shows quite clearly. But this record brings out other peculiar features of Gedda's art: his ability to sing in various languages, Italian, French and Russian (besides German, English and, of course, Swedish) and the above said versatility that enables him to pass with ease from the Italian seventeenth and eighteenth century to the Halo-French Romanticism, to the Franco-Russian Naturalism, the minimum trace of that singular stylistic itinerary which has led the Swedish tenor from Rameau to Liebermann, with captivating deviations along the dead-end track (a very living one, as a matter of fact) that links Johann Strauss to Franz Lehar Within an extremely careful line of singing rise over other features Nicolai Gedda's refinement and good taste. Do these help to build up the "myth of the tenor" too? Frankly, I think they do.
Nicolai Gedda, tenor
Digitally remastered 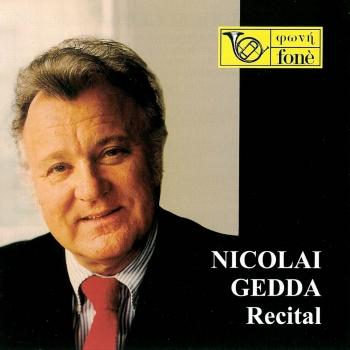 Nicolai Gedda
possessor of one of the widest-ranging repertoires ever, phenomenal technique, and a bright, resonant voice with clarion high notes and a seductive mezza voice -- had one of the finest singing careers of the twentieth century. He excelled in music of English, French, German, Italian, Russian, American, and Swedish composers, and was equally adept in traversing styles from the Baroque to the contemporary; he was as noted a performer of oratorio and songs as of opera. His performances were masterpieces of authentic style, from language and diction to phrasing. While performing Samuel Barber's Vanessa, in which he created the role of Anatol, critics consistently acclaimed his diction as the finest in the cast, even though he shared the stage with Rosalind Elias and Eleanor Steber -- both native speakers of English.
Gedda's father was Russian, his mother Swedish, and in 1929 his parents moved to Leipzig, where his father became cantor and choirmaster of a Russian Orthodox Church. As a child he sang in the church and performed Russian songs at weddings and parties. Having no wish to remain in Germany as the Nazi party rose to power, the family returned to Sweden in 1934.
As a teenager, he developed a strong ambition to become an opera singer, but unable to come up with the money to fund his studies, he became a bank teller, though he continued to participate in singing competitions. A wealthy bank client who was also an instrumentalist with the Stockholm Opera happened to hear Gedda mention his aspirations, and asked Karl-Martin Oehmann, a music teacher who had himself been an operatic tenor, to take him on as a pupil. Gedda later credited the development of his spectacular technique to Oehmann's teaching. Shortly thereafter, he won the Christine Nielsson Scholarship, which enabled him to begin music studies at the Stockholm Conservatory as a full time pupil in 1950.
In 1952, Gedda's recording and performing careers began simultaneously. Walter Legge, the famous producer for EMI, was in Sweden, and agreed to audition some of the students. He was immediately bowled over by Gedda's voice, musicianship, and technique; given that Gedda spoke fluent Russian, he signed him on the spot to take on the role of Dmitri in his upcoming recording of Boris Godunov, starring Boris Christoff -- all despite the fact that Gedda had yet to make his stage debut (which came only a short time later, in a production of Adolphe Adam's Le Postillon de Lonjumeau)! This began a lifelong association with EMI.
He made his La Scala debut in the 1952-1953 season as Don Ottavio (Mozart's Don Giovanni), and Carl Orff asked him to create the role of the Bridegroom in Il Trionfo dell'Afrodite; his Paris Opera debut in 1954 was as Huon in Weber's Oberon, and his Covent Garden debut in 1954 was as the Duke of Mantua. These were soon followed by debuts at Salzburg (Don Ottavio, 1957) and the Metropolitan Opera (Faust).
His life-long association with EMI has made him one of the most widely-recorded tenors, though in the compact disc era, EMI has been rather dilatory in re-releasing many of his recordings.