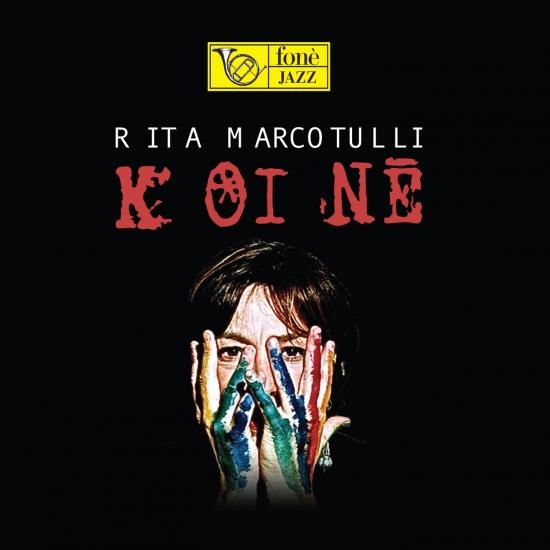 The only name I recognise on this record is that of Andy Sheppard on Sop & Tenor and his contribution is instantly recognisable on the tracks on which he plays. The arrangements and compositions are by Rita Marcatulli, who also plays piano throughout.
I am not altogether convinced that this album should be reviewed by the jazz section, every track contains some improvisation, but for the most part it isn’t jazz as I understand it. I feel sure that Rita Marcatulli would disagree, it is easy to hear that she is an accomplished pianist, arranger and composer and that her music is intended to jerk old farts like me out of their comfort zone. The problem for me is that I am not sure what I am being jerked into! There are many other influences besides jazz here, there is certainly a folk influence and a desire to tell a story through music, but I’m afraid it’s not for me. The problem that seems to beset any attempts of fusion where jazz is involved is that they often seem to me to result in confusion. That being said however the musicians involved are all good players and the record will no doubt have its admirers." (Don Mather)
Rita Marcatulli, piano
Andy Sheppard, saxophone
Anders Jormin, bass
Javier Girotto, saxophone
Stanley Ray Adams, trombone
Metaxu, electronic effects
Luca Garbarelli, double bass
Pietro Tonolo, background brass arrangements
Anja Garbareck, voice
Digitally remastered 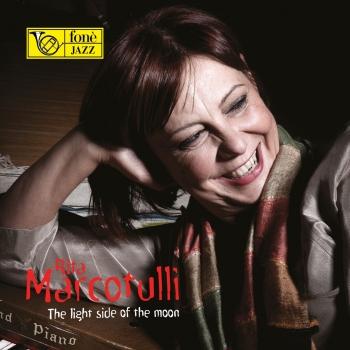 The Light Side Of The Moon 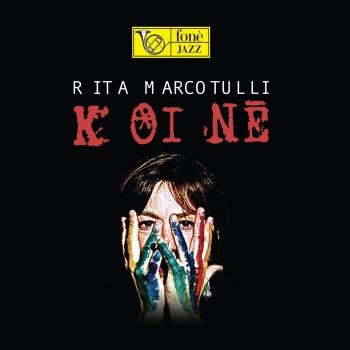 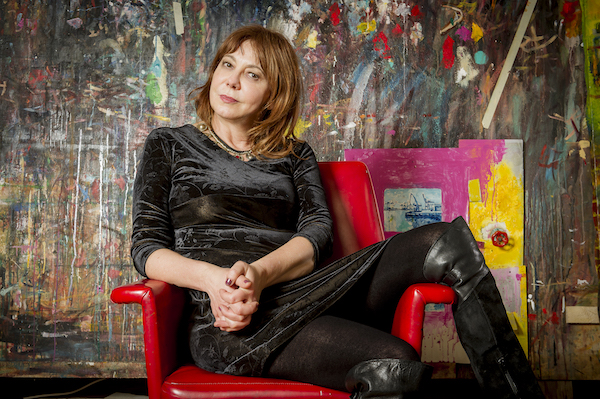 Rita Marcotulli
At the age of five she fell in love with the piano, which she lately went on studying at Santa Cecilia Conservatory in Rome. Rita Marcotulli, an elegant pianist gifted with a melodic timbre and a very exclusive instrumental voice, approached Brasilian music to come definitively to jazz aesthetics at the age of twenty.
In the early 80s she appeared on the fervent Roman scene, where in a few selected clubs those who would become the leading artists of the Italian Jazz were starting their career. In those years one could easily see young Italian talents performing next to famous foreign musicians touring through Italy.
It so happaned that Rita would play with well known musicians such as, among the others, Chet Baker, Steve Grossman, Peter Erskine, Joe Henderson, Joe Lovano, Charlie Mariano, Tony Oxley, Michel Portal, Richard Galliano, Enrico Rava, Michel Benita, Aldo Romano, Kenny Wheeler, Bob Moses and Andy Sheppard. In 1968 she set off for Sweden, an experience that lasted six years and that was for two reasons a keystone in her musical evolution as a pianist and a composer.
From a stylistic point of view, the searching for the melody accounting and the love for an evocative rather than hypertechnical music, deeply marked her career. As for her fame and experiences, in 1987 in the prestigious referendum held by specialised critics for the magazine “Musica Jazz” she was elected “Miglior nuovo talento italiano” and the next year she was summoned by Billy Cobham to be part of his formations.
In the same years she went on working and specializing in Sweden, performing with Palle Danielsson, Anders Jormin and Nils Petter Molvær. In the mid 90s, after returning to Italy, she started alternating her own jazz projects, such as her professional relationship with the singer Maria Pia De Vito, with collaborations in the pop music world, particularly in Pino Daniele’s band and even performing with Pat Metheny.
Author of a rich and important discography- the latest issues of which are represented by the recording of the duo with Sheppard, soon on release, and by the solo piano work called “The Light Side Of The Moon”, that will be released this coming spring- she’s also leader of several other projects: Koinè, usually a quartet with Andy Sheppard at the saxophones, Anders Jormin or Palle Danielsson at the double bass and Philippe Garcia at the drums, with special guests such as Lena Willemark, Carlo Rizzo, Gianmaria Testa, Arto Tuncboyaciyan;
The Woman Next Door, that is to say her homage to Truffaut, which includes Javier Girotto, Pietro Ciancaglini at the double bass, Roberto Gatto at the drums, Aurora Barbatella at the celtic harp and three diatonic organs; the unfogettable duo with the singer Maria Pia De Vito; she’s also leader of some trios, one of which with Furio Di Castri and Patrice Heral, and another with Palle Danielsson and Peter Erskine; finally the quartet with Javier Girotto, Gianluca Renzi at the double bass and Roberto Dani at the drums.