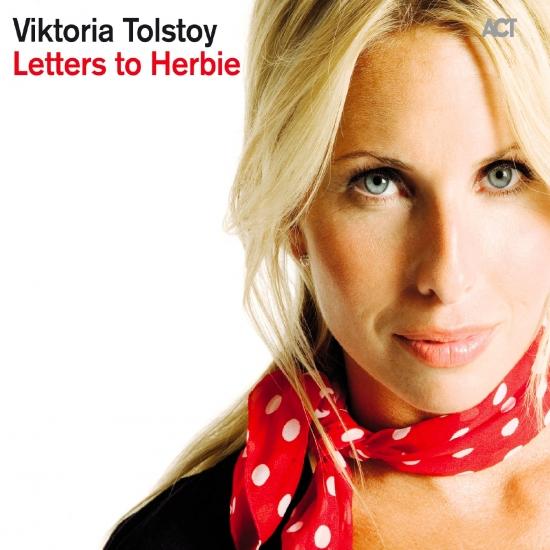 Info for Letters to Herbie

Herbie Hancock is without doubt one of the few remaining greats of jazz as a pianist and composer. Of late he has been playing jazz, rock and pop standards with a number of prominent guests - on “Possibilities” (2005) and most recently on “The Imagine Project” he joined up with global stars like Santana, Sting, Christina Aguilera and Pink to perform a range of popular classics. Now the tables have turned, and rather than Herbie covering the music of other artists, a fan of the 71-year-old has written a series of musical “Letters to Herbie” – ACT’s star Viktoria Tolstoy has recorded 12 songs for (and in most cases by) Herbie Hancock.
Viktoria Tolstoy has been a great admirer of Hancock since her early youth and the idea to do a tribute project has been with her for a while. “I think it was in 2004,” says Tolstoy, “at the Jazz Baltica Festival in Salzau, when I had the privilege to share the stage with Herbie and his band, including the amazing Wayne Shorter. As usual, after that there was a big late night jam session going on. I was sitting behind the drums and had just started to play, when someone called ‘Viktoria, Herbie is expecting you – he wants to have dinner with you!’ I immediately dropped the drumsticks and went downstairs, where Herbie and his entire band were already waiting for me. I was seated directly opposite my idol and next to Wayne Shorter. It was a truly surreal experience and I enjoyed every second of it!”
Needless to say, it was Hancock’s openness towards pop, soul and funk which won Viktoria Tolstoy over. She herself found widespread acclaim with her pop influenced ‘90s album “White Russian” (which she recorded with the Esbjörn Svensson Trio), and ever since she has remained true to melodic jazz spiced up with Scandinavian, Russian or American pop and folk music. With “Letters to Herbie” Tolstoy was faced with a tough choice. “It was not easy to select 12 out of the huge amount of songs, but I just listened to my heart.” Her smart decision was not to pick the biggest hits, such as “Cantaloupe Island” or “Watermelon Man”, which have already been covered too often. Her choice of songs fits together perfectly, although the selection covers Hancock’s different musical eras. The focus is largely on the songs of his funky ‘80s era, with selections such as “I Thought It Was You” or “Give It All Your Heart”, but classics are also included; Hancock’s “Butterfly” or Coltrane’s “Naima”, of which Hancock recorded a thrilling version in 2002.
Whether its ballads like “Chan’s Song“, or groovy pieces like the bonus track “Come On, Come Over“, Tolstoy’s versions sound timeless, neither artificial nor deliberately, ostentatiously modern. All of them are carried by Viktoria’s voice, which gives the music a special touch with its incredible clarity and imaginativeness. The overall effect also has a lot to do with the wonderfully attuned band, particularly Nils Landgren. As well as producing the album and playing the trombone, he wrote the title song himself and sings it with Tolstoy and Magnus Lindgren, telling the story of Viktoria’s encounter with Hancock. Tolstoy’s longstanding pianist, Jacob Karlzon, accepts the challenge of taking the seat of the master and convinces with impressive solos on piano and a variety of tones and colours on keyboard and Fender Rhodes, while Matthias Svensson on bass and Rasmus Kihlberg on drums provide the silky, groovy rhythms. Krister Johnsson’s guitar is strongly influenced by soul music, occasionally evoking George Benson (but not forgetting the funky wah-wah-pedal), and the impressive brass sections were played and arranged by Magnus Lindgren.
In order to discover all the technical nuances and the musical subtleties, such as the brass section in “Come Running to Me”, and the outstanding quality of the individual interpretations, you have to listen to the songs several times. “I wrote a letter to Herbie, he never answered,” sings Victoria Tolstoy in the title song. This time he most probably will.
„A neat piece of work: Letters to Herbie sounds sometimes groovy, sometimes funky, sometimes fresh and sparkling - but never nostalgic or like over-sweet admiration.” (Financial Times)
Viktoria Tolstoy, vocals
Jacob Karlzon, piano & keyboards
Krister Jonsson, guitars
Mattias Svensson, bass
Rasmus Kihlberg, drums
Special Guests:
Nils Landgren, trombone & vocals
Magnus Lindgren, woodwinds
Produced by Nils Landgren
Recorded at Gula Studio Malmö by David Carlsson & Jan Ugand.
Additional recordings, mixed and mastered by Lars Nilsson, Nilento Studio, Gothenburg. 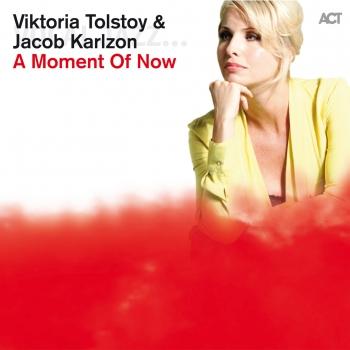 A Moment of Now 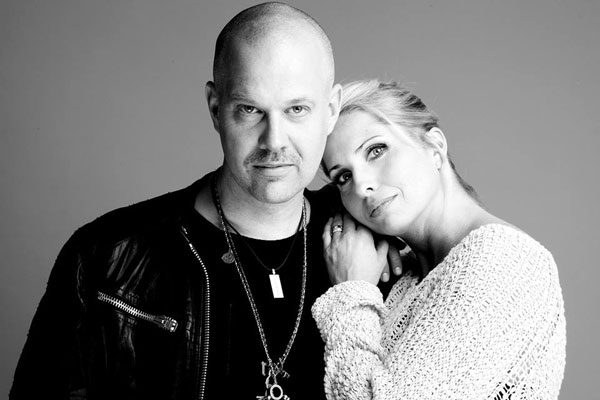 Viktoria Tolstoy
is a highly celebrated and respected international jazz vocalist and her numerous success stories are all a product of this explosive natural supertalent. Viktoria has never taken a single singing class thus she also owns that little perfect difference that delivers her clearly strong and wonderfully untamed, vibrant sound. She'll capture the moment on any given occasion and will outperform herself from one grand evening to the next.
Viktoria reaches all the way and her colorful, spontaneous persona will by all means make one forget to breathe for not only a short moment. Viktoria is already on the very top, yet once again aiming up.
Viktoria has been saluted by media wherever she has landed since she first grabbed that microphone, and rest assure, this show will go on. We suggest you buckle up. Expect a lot.
Jacob Karlzon’s
music resides in the intersections where Scandinavian expressions such as space, melancholy and sensitivity blend with heat and passion.
Jacob has been compared to such luminaries as Keith Jarrett, Bill Evans and Sweden’s own legendary pianist Jan Johansson. His playing style boasts technical brilliance, great rhythmic and harmonic complexity and a perfect feeling for form.
Jacob Karlzon is already a jazz veteran. His first album came out in 1992, since then he has recorded five more in his own name, and featured on at least 40 others. He has been showered with distinctions and prizes over the years. In 1997 he won the Jazz in Sweden award with the Malmö combo Blue Pages and was voted Newcomer of the Year by Swedish Radio’s annual jazz critic poll. In 2010 he was voted Musician of the Year by Swedish Radio’s annual jazz critic poll and was rewarded the Django d’Or as Contemporary Star of Jazz.
He has played with many other leading jazz musicians: Billy Cobham, Kenny Wheeler, Bob Berg, Tim Hagans, Jeff Ballard, Norma Winstone, Cæcilie Norby, Nils Landgren, to name but a few.
Jacob released his first solo piano album in the autumn of 2008. The third volume in a new series of improvised piano music, Improvisational three had Jacob interpret and be inspired by French composer Maurice Ravel. The album was enthusiastically received by the critics.
The most important forum for Jacob, however, is his own trio. JK3 has been touring in Sweden, Norway, Denmark, Lithuania, Germany and UK playing in clubs and festivals for raving audiences and critics.

Booklet for Letters to Herbie