Surf's Up (Stereo) The Beach Boys 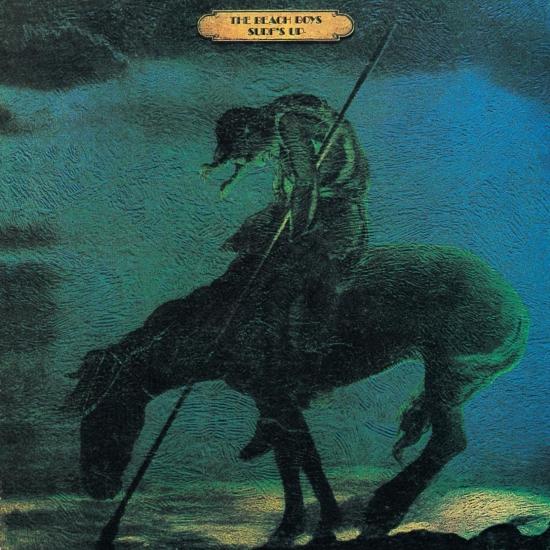 Info for Surf's Up (Stereo)

Surf's Up established the Beach Boys as an 'albums' band without sacrificing their individuality. The group's harmonies are as peerless as ever, their grasp of evocative melody unerring, particularly on Bruce Johnston's 'Disney Girls'. The ecological tenor of several tracks was politically shrewd and by opting to revive the title song from the unit's fabled Smile project, the Beach Boys reminded the outside world of their innovative past. Carl Wilson emerged as a fine composer (Long Promised Road), "Till I Die' showed Brian Wilson's gifts intact, and the result was an artistic triumph, enabling the group to progress unfettered by artistic preconceptions.
„The Beach Boys' post-1966 catalog is littered with LPs that barely scraped the charts upon release but matured into solid fan favorites despite -- and occasionally, because of -- their many and varied eccentricities. Surf's Up could well be the definitive example, beginning with the cloying "Don't Go Near the Water" and ending a bare half-hour later with the baroque majesty of the title track (originally written in 1966). The album is a virtual laundry list of each uncommon intricacy that made the Beach Boys' forgotten decade such a bittersweet thrill -- the fluffy yet endearing pop (od)ditties of Brian Wilson, quasi-mystical white-boy soul from brother Carl, and the downright laughable songwriting on tracks charting Mike Love's devotion to Buddhism and Al Jardine's social/environmental concerns. Those songs are enjoyable enough, but the last three tracks are what make Surf's Up such a masterpiece. The first, "A Day in the Life of a Tree," is simultaneously one of Brian's most deeply touching and bizarre compositions; he is the narrator and object of the song (though not the vocalist; co-writer Jack Rieley lends a hand), lamenting his long life amid the pollution and grime of a city park while the somber tones of a pipe organ build atmosphere. The second, "'Til I Die," isn't the love song the title suggests; it's a haunting, fatalistic piece of pop surrealism that appeared to signal Brian's retirement from active life. The album closer, "Surf's Up," is a masterpiece of baroque psychedelia, probably the most compelling track from the SMiLE period. Carl gives a soulful performance despite the surreal wordplay, and Brian's coda is one of the most stirring moments in his catalog. Wrapped up in a mess of contradictions, Surf's Up defined the Beach Boys' tumultuous career better than any other album.“ (John Bush, AMG)
Al Jardine, vocals, guitars
Bruce Johnston, vocals
Mike Love, vocals
Brian Wilson, vocals, organ, piano
Carl Wilson, vocals, keyboards, fuzz guitar
Dennis Wilson, vocals
Recorded November–December 1966, January 1970 and March–July 1971 at Sunset Sound Recorders, United Western Studios, CBS Columbia Square, and Brian Wilson's home studio, Los Angeles
Produced by The Beach Boys
Digitally remastered