The Sand That Ate The Sea Luke Howard 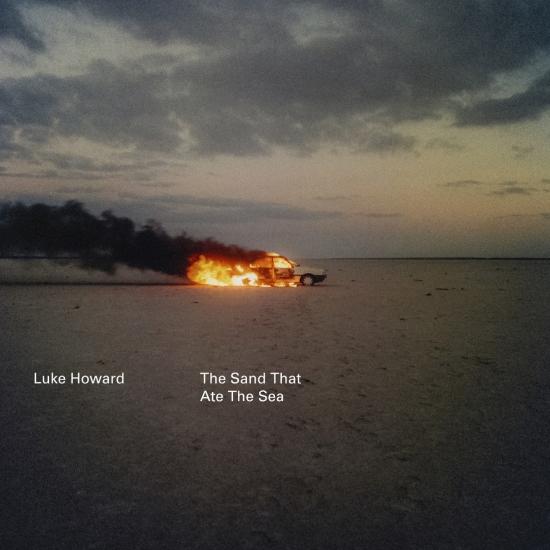 Info for The Sand That Ate The Sea

Following the critical and commercial success of composer and instrumentalist Luke Howard’s, Open Heart Story, and its subsequent companion EP, More Heart Stories, Mercury KX/Universal Music Canada is excited to announce the release of Luke’s new album The Sand That Ate The Sea. Check out "Future Coda" and its video, from the forthcoming album now. The video was filmed in the remote outback town of Andamooka (South Australia), the striking visuals resonating powerfully with Luke’s emotive string and piano arrangements alongside guitar by Leonard Grigoryan and celestial vocals from Shards (Erased Tapes) and fellow Australian Lior.
New album The Sand That Ate The Sea is inspired by the notion of creating music for visuals directed by fellow Australian and up and coming film director Matthew Thorne. The music and visuals together present a non-idealised snapshot of the heat of the Australian outback and its communities pending an incoming storm. The resulting LP is clearly nourished by this exchange between the two artists, as they took inspiration from each other’s work, but is also very much a bold new addition to Howard’s increasingly impressive canon. As proof of how inspiring the collaborative experience proved, Howard found himself visiting musical areas he was yet to exploit in his own work with this project. With its contemporary stance on the mythic and spiritual connotations that come with the desert, the composer found himself writing for choir for the first time, recruiting Erased Tapes-signed vocal group Shards (who featured on Nils Frahm’s All Melody) and Australian-Israeli singer Lior, to create a fresh reflection of the desert’s minimal yet encompassing environment.
“For certain moments I was inspired to aim for a sacred music feel,” explains Howard. “I love that kind of music. In classical music there’s holy minimalism, the music of Henryk Górecki and Arvo Pärt, which is not necessarily sacred but it is an aesthetic of strongly expressed simple ideas. I’d never written for choir before but as Matt was keen to have one we went down that route, which was a new direction for me. The human voice brings a new set of constraints compared to writing for strings – they have to breathe after all! We wanted the sacred sound and pure tone of a cathedral choir.”
Hailing from Melbourne, Luke Howard is an Australian Music Prize-nominated composer whose music has been described as “absolutely heavenly” (Mary Anne Hobbs, BBC Radio 6 Music), but no words can fully capture the potency of his enthralling compositions. A pianist since childhood, Luke has scored films and performed with artists as diverse as Lior and Jeff Mills, capturing audiences with contemporary classical arrangements that curl and twist around the boundaries of different emotions. Luke is one of Australia’s foremost practitioners of contemporary classical music.
“Through his short yet prolific career, Luke Howard has distinguished his piano-based work amidst a sea of imitators by its variety and, more importantly, its honesty – the precious sense of his instrument bringing to song his brightest adventures and deepest anxieties.” (A Closer Listen)
“An ambient masterclass” (Musos’ Guide)
Luke Howard, piano