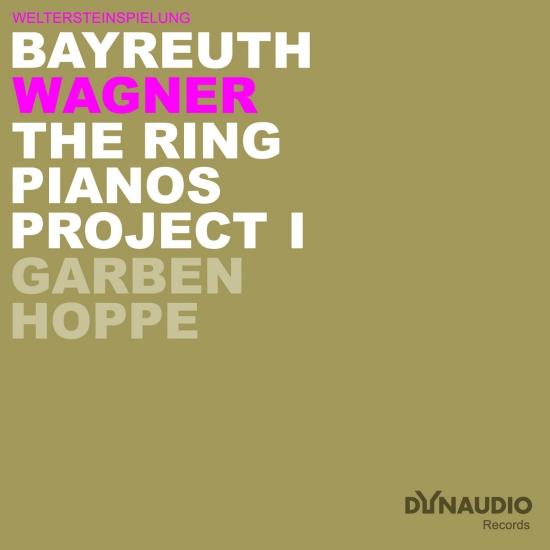 Danish loudspeaker specialist Dynaudio has produced the World Premiere Recording of Richard Wagner‘s ”Ring of the Nibelung“ in the transcription for two pianos by Hermann Behn (1914), featuring Cord Garben and Thomas Hoppe. The RING PIANOS PROJECT, performed by Garben and Hoppe, was recorded in Bayreuth, Germany on legendary Steingraeber ”Franz Liszt“-concert grands that were built in Bayreuth.
Skanderborg, Denmark and Bayreuth, Germany:
”Wagner, the magician, has made the orchestra disappear.“ (Georg Stolti). However, this recording goes one step further than the master Wagner’s unusual orchestra pit design at the Bayreuth Festspielhaus. With the removal of ”orchestral and vocal commotion“ (Carlos Kleiber, in the studio during the mixing of his TRISTAN recording), the listener is able to hear the very essence of the work, which suddenly has ”much more of an inward effect“ according to Kleiber. Here, in THE RING PIANOS PROJECT, the music is once again liberated from the effects of orchestration. ”The result is uncanny, drawing you in with a seemingly magical series of harmonies and notes to produce a deeper and more intense experience“ (Klaus Hiemann, Studio Engineer for Carlos Kleiber, speaking about this recording).
A revolutionary idea
THE RING PIANOS PROJECT (RiPP) was conceived to honor Wagner Year 2013, and has brought the creative heads from all stages of the musical production process together to create a very special work of art. Two outstanding pianists, the world’s longest-standing piano manufacturer, several creative development and recording experts, and the producer of some of the world's most renowned professional studio monitors and audiophile home loudspeakers have been working together at their free will in a spirit of congeniality to come up with a recoding that has never, ever been made before.
Cord Garben, Piano
Thomas Hoppe, Piano
THE RINGS PIANO PROJECT I was recorded April 22th-April 26th, 2012 in Bayreuth (in the concert hall of the Protestant community)
Creative Producer: Jan Geschke
Assistant Producer: Jan Kretschmer
Executive Producer: Wilfried Ehrenholz
Sound Engineer: Johannes Muller
Mastering: Christoph Stickel 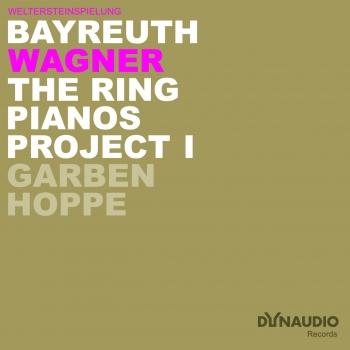 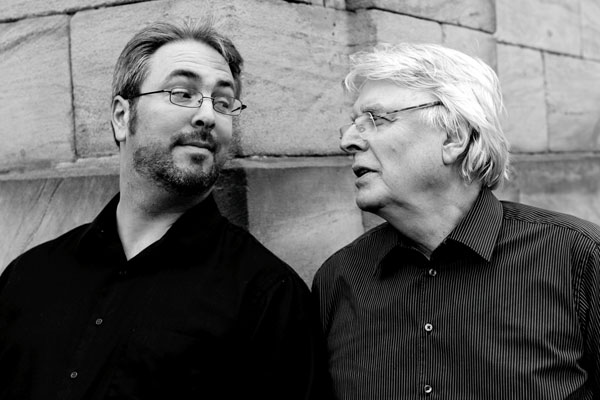 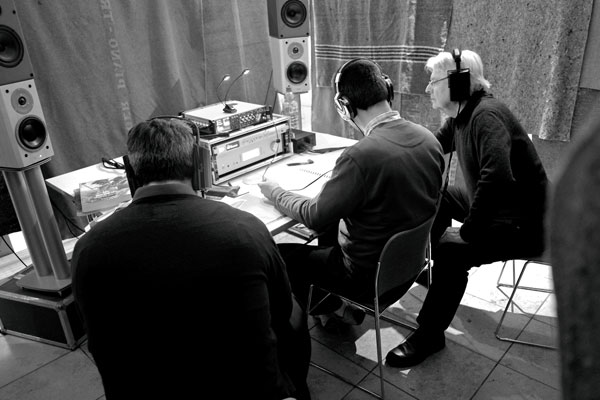 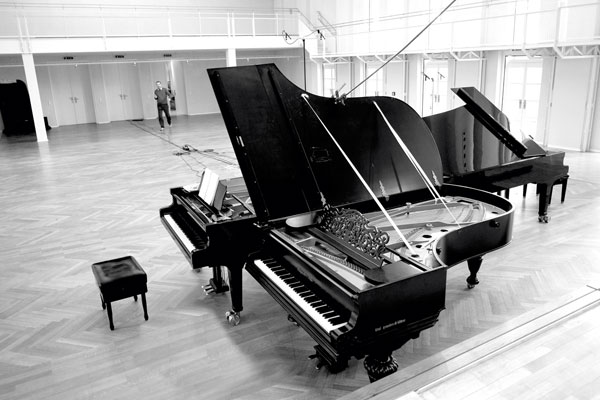 Cord Garben
born in Bad Homburg in 1943. Studied piano and conducting at the Academy of Music in Hanover. Répétiteur at the Staatstheater in Lower Saxony. Specialises in song accompaniment. Concerts and recordings with Edith Mathis, Anne Sophie v. Otter, Brigitte Fassbaender, Peter Schreier, Dietrich Fischer-Dieskau, Bernd Weikl and Kurt Moll, among others. Accompaniment to the complete song recordings of Alexander Zemlinsky and Hector Berlioz and to the songs and ballads of Carl Loewe (21 CDs, finished in 2005). Deutscher Schallplattenpreis, French Minister of Culture prize for the best cultural initiative, Grand Prix Franz Liszt Budapest, seven Grammy Awards as producer.
Key achievements during his time at Deutsche Grammophon included the work with Herbert v. Karajan, Mstislav Rostropovich, Dietrich Fischer-Dieskau and Arturo Benedetti Michelangeli. As Director of Vocal Productions, he was responsible for all vocal productions. Some of the main highlights in this area were the recordings at the New York MET under James Levine (including Wagner‘s RING). As conductor, Cord Garben has worked with, among others, the NDR Symphony Orchestra (tours and CDs with Benedetti Michelangeli), the Tokyo Philharmonic Orchestra (Wagner‘s ”Tannhäuser“ in 2001), the NHK Symphony Orchestra Tokyo, NDR Radiophilharmonie, and Radio Symphony Orchestra Warsaw. In 2001, Cord Garben became President of the Johannes-Brahms-Gesellschaft, Hamburg and an Honorary Member of the International Carl-Loewe-Gesellschaft.
Thomas Hoppe
born in Bad Kreuznach. Studied with Agathe Wanek in Mainz and Lee Luvisi in the USA. At the Juilliard School of Music in New York City, he specialised in song and instrumental accompaniment. For many years, Hoppe was studio accompanist for Dorothy Delay and Itzhak Perlman at the Juilliard School. Between 2001 and 2004, he worked as a faculty member on the Perlman Music Program at the personal invitation of the violinist. Hoppe performs in concerts in the USA and Europe as piano accompanist to, among others, Itzhak Perlman, Joshua Bell, Antje Weithaas, Marie-Luise Neunecker, Alban Gerhardt, Jens Peter Mainz, Mihaela Martin and Frans Helmerson.
As a member of the ATOS Trio, he won the Deutscher Musik Wettbewerb in 2004, the Schubert Wettbewerb in Graz in 2006, and the renowned Melbourne International Chamber Music Competition and the North American Kalichstein-Laredo-Robinson- Award in 2007. In 2009, the ATOS Trio was named New Generation Artists by BBC London. The musicians regularly perform in concerts in Europe, the USA and Australia in legendary venues such as London‘s Wigmore Hall, the Alte Oper in Frankfurt, the Concertgebouw in Amsterdam, the Kennedy Center in Washington and Carnegie Hall in New York. Hoppe regularly works as official piano accompanist in various international competitions (ARD Munich, Queen Elizabeth Brussels, Joseph Joachim Hanover). He has held master classes in Chile (Frutillar Music Festival), Bulgaria (Varna), Michigan (Gilmore Festival), Shanghai (Conservatory), Kentucky, Arizona and New York City, Melbourne, Sydney and Berlin. He is a chamber music tutor at the Karajan Academy of the Berlin Philharmonic and for the Staatsoper in Berlin, and is Artistic Associate at the Academy of Music Hanns Eisler in Berlin.