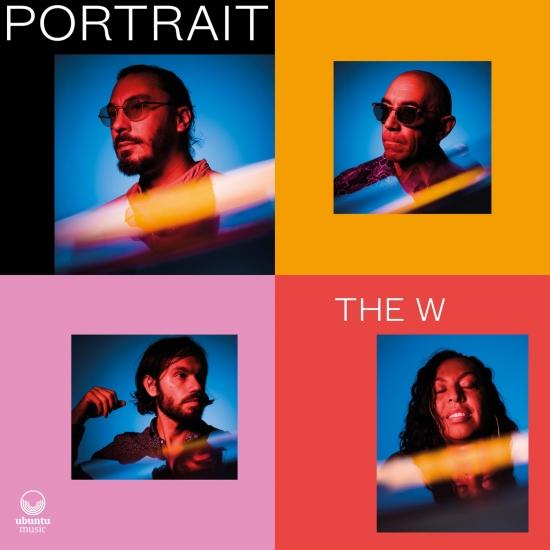 The debut album, Portrait, is the culmination of three years of writing by award-winning pianist/composer Bruno Heinen. Professor of jazz piano and composition at Trinity Laban Conservatoire, Bruno is as much a composer as he is a pianist: My compositional path has been one of self-discovery, learning and reflection. My writing informs my improvising and visa-versa. I have taken a long time to find my feet, having been involved with many collaborative projects in the past. These have been both rewarding and enriching, but over the last three years I feel that I have ultimately found my compositional voice writing for The W. Heidi, Gene, Andrea, and myself come from four different places musically - each member brings something different to the table, but I feel that these artists deeply understand my music. I am continuously excited at the prospect of writing for the band and am lucky that they are willing to get together regularly and learn my music by heart. This album is the culmination of that writing over the last three years, and I have drawn inspiration from personal sources for the compositions that constitute Portrait; my four-year-old daughter, my ethnomusicologist grandfather, and the music of my former teacher John Taylor amongst others. Rich harmonies stemming from contemporary classical music, simple melodies, deep grooves, and contrapuntal string-writing inform the album, consisting of eight original compositions (two of which feature the renowned Waldstein String Quartet), alongside one Horace Silver arrangement.
"This is music of great delicacy and sensitivity…an unexpected delight" **** - UK Vibe
Memorable lines, melodic grooves and diverse references inform the debut album by Bruno Heinen’s The W, to be released on Ubuntu Music in January ‘23. Through original compositions – each one telling a personal story and featuring some of the UK’s hottest and most in-demand players, The W is a newly established London-based contemporary jazz quartet of outstanding musicality creating chamber jazz that is as exciting and inventive, as it is elegant and sophisticated. As vocalist for the Cinematic Orchestra for over 15 years and the go-to vocalist for acts such as Thundercat, Soweto Kinch and Chick Corea, Heidi Vogel has long been a critics choice for her extraordinary voice and velvet tone. Her sublime wordless vocals bring a contemporary, stylish sound to The W. On drums is London-based New Yorker Gene Calderazzo, a leading figure on the international jazz scene whose vast portfolio include performances with Pharoah Sanders, Radiohead and Wayne Krantz to name a few. On double bass is Italian Andrea Di Biase who has performed with many leading figures in British jazz such as Stan Sultzman, Norma Winstone and Kenny Wheeler. The group is led by composer and improvising pianist, Bruno Heinen, who has worked with the likes of Shabaka Hutchings, ESKA, and the LSO. The Independent describes him as a consistently intelligent linking voice, a fair summation of the way in which he brings these four unique musicians together through his original compositions. Like the four equal lines that make up the letter ‘W’, the four members of the group come together as one to create a perfectly balanced and compelling new sound. They are a band in the true sense of the word. They meet regularly, learning the music by heart and shaping Bruno’s distinctive compositions together.
Heidi Vogel, vocals
Bruno Heinen, piano
Andrea Di Biase, double bass
Gene Calderazzo, drums
Waldstein String Quartet (on tracks "Gender Neutral", "Rossi" 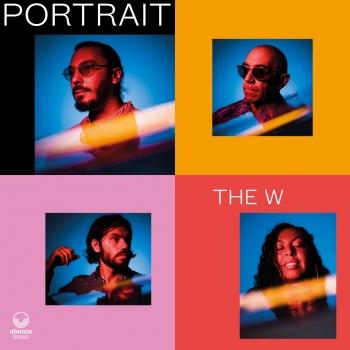 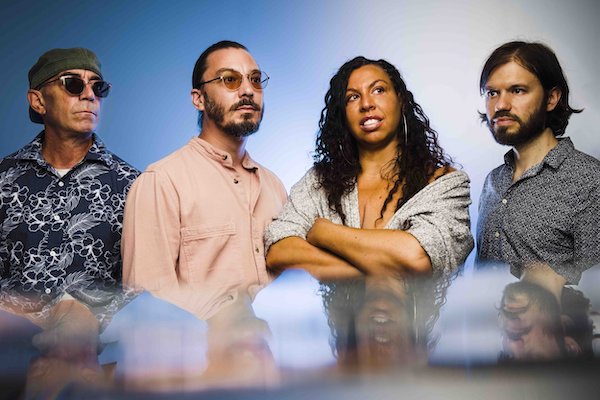