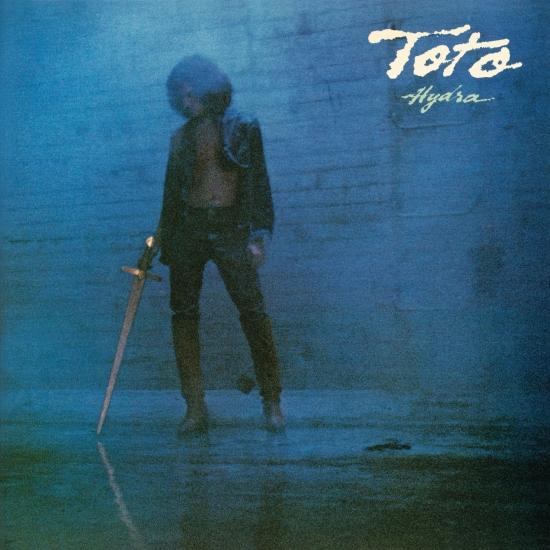 Hydra is the second studio album by American rock band Toto, released in 1979. It reached #37 on the Billboard Pop Albums. While most of the album's singles failed to make any impact in the charts, "99", a song inspired by the 1971 science fiction movie THX 1138, reached #26 on the Billboard Hot 100.
From the beginning of their career, the Toto boys were more popular in Asia and Europe than in the United States. Though Hydra was not as sucessful as Toto's first album, there are a couple of songs on Hydra that are truly loved by a lot of hardcore fans (99, Mama and White sister).
"It became more difficult with the second album Hydra. After a great start, the pressure of expectation on the group was intense. With your first record you don't give it too much tought; you play and the record company invests a lot of money in you and that's it. Afterwards, however, you have to define your course. The danger of getting stuck is particularly great if you don't stay on the ball." (David Paich)
"You get successful with something, it’s always the whole thing where you don’t want to repeat it. So we tried something a little different with Hydra, and it sold well, although it might have been a little bit rushed for us. And here's some irony for you -- Rolling Stone beat up on the first album, and then when they reviewed Hydra, the opening line of the review is something like, "It doesn’t have the magic of the first album." We're immediately pissing ourselves on the floor with laughter. Who are these cats? Do they think we have amnesia? We were just following our muses, man. We were following our own rules and we didn't want to listen to anybody." (Steve Lukather)
"If Toto's musical advantage was that, since its members continued to play on many of the successful records made in L.A., its own music was popular almost by definition, its disadvantage was that it made little attempt to seek an individual musical signature -- a particular style, say, or a distinctive singer (Bobby Kimball was not it) who could make its records immediately identifiable. "Hold the Line" had been a big hit, but who did it? Boston? Foreigner? As a result, Toto was less well positioned than most to come off a big debut album with the follow-up, and Hydra was unusually dependent on its leadoff single, "99." Maybe it was a tribute to the female lead on the old Get Smart TV show, but many listeners didn't get a song with a chorus that went, "Oh, 99, I love you," and the single stalled in the bottom half of the Top 40. The album went gold on momentum, but the songs, however well-played, simply were not distinctive enough to consolidate the success Toto had achieved with its debut album." (William Ruhlmann, AMG)
Bobby Kimball, vocals
Steve Lukather, guitars, vocals
David Paich, keyboards, vocals
Steve Porcaro, keyboards
David Hungate, bass
Jeff Porcaro, drums, percussion
Additional musicians:
Michael Boddicker, keyboards
Roger Linn, synthesizers
Lenny Castro, percussion
Marty Paich, string arrangements
Digitally remastered