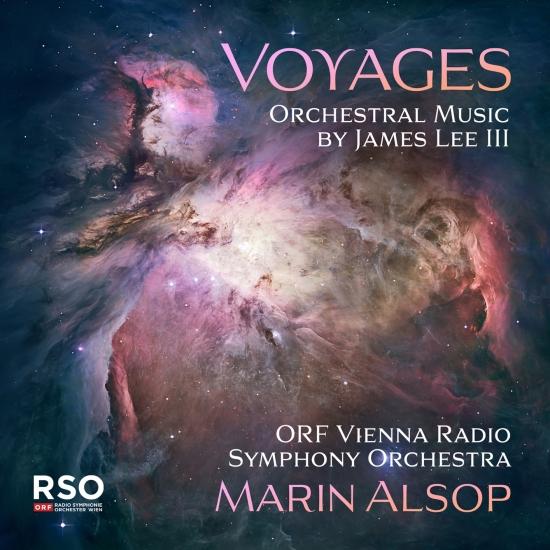 In Voyages, prolific American composer James Lee III takes the listener on a colourful journey through his endlessly creative orchestral music; painting biblical imagery in Beyond Rivers of Vision and celebrating the joyous Feast of Tabernacles in Sukkot Through Orion’s Nebula, using well-known spirituals to celebrate the life of abolitionist Harriet Tubman (Chuphshah! Harriet’s Drive to Canaan) and reflecting on the ongoing fight for freedom through his grandfather’s personal experiences in WWII (A Different Soldier’s Tale). His music is played here by the renowned ORF Vienna Radio Symphony Orchestra conducted by Marin Alsop.
ORF Radio-Symphonieorchester Wien
Marin Alsop, conductor 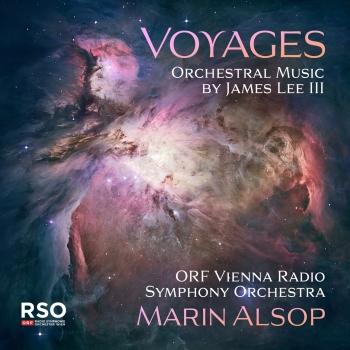 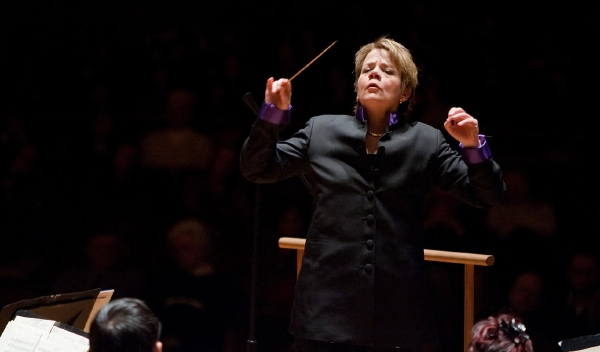 The ORF Vienna Radio Symphony Orchestra
is a top orchestra of world renown; it defines itself in the Vienna orchestral tradition and is known for its exceptional, bold programming. Marin Alsop succeeded as Chief Conductor in September 2019.
The Vienna RSO regularly performs in two subscription series in Vienna, in the Musikverein and the Konzerthaus. In addition, it appears every year at major Austrian and international festivals. Tours to European countries and overseas are a regular part of the Vienna RSO schedule as well. Since 2007, the Vienna RSO has successfully collaborated with the Theater an der Wien, thereby gaining an excellent reputation as an opera orchestra. Yet the Vienna RSO is also entirely at home in the film music genre.
Most of the Vienna RSO performances are broadcast on the radio, particularly on the Österreich 1 station, but also internationally. Among the guests at the conductor’s podium were and are internationally celebrated conductors and composers. International soloists regularly perform with the Vienna RSO.
The broad scope of the Vienna RSO’s recording activities includes works in every genre, among them many first recordings by early to mid-20th century and contemporary Austrian composers. Three CDs of the Vienna RSO received an Opus Klassik award.
The Vienna RSO has also launched a broad-based educational programme. In addition, highly talented musicians have been admitted to the orchestra’s own academy since 1997.
Marin Alsop
One of the foremost conductors of our time, Marin Alsop represents a powerful and inspiring voice. Convinced that music has the power to change lives, she is internationally recognized for her innovative approach to programming and audience development, deep commitment to education, and advocacy for music’s importance in the world. The first woman to serve as the head of a major orchestra in the United States, South America, Austria and Britain, she is, as the New York Times put it, not only “a formidable musician and a powerful communicator” but also “a conductor with a vision.”
The 2019-20 season marked Alsop’s first as Chief Conductor of the ORF Vienna Radio Symphony Orchestra, which she leads at Vienna’s Konzerthaus and Musikverein, and on recordings, broadcasts and tours. As Chief Conductor and Curator of Chicago’s Ravinia Festival, she curates and conducts the Chicago Symphony Orchestra’s summer residencies, formalizing her long relationship with Ravinia, where she made her debut with the orchestra in 2002. Appointed in 2020 as the first Music Director of the National Orchestral Institute + Festival (NOI+F), a program of the University of Maryland’s Clarice Smith Performing Arts Center, she will lead a newly formed conductor academy and conduct multiple concerts each June with the NOI+F Philharmonic.
In collaboration with YouTube and Google Arts & Culture, Alsop spearheaded the “Global Ode to Joy” (GOTJ), a crowd-sourced video project to celebrate Beethoven’s 250th anniversary. Together with Germany’s official Beethoven anniversary campaign and the leading arts organizations of five continents, Alsop invited the global community to share the call for tolerance, unity and joy of the composer’s Ninth Symphony in videos tagged #GlobalOdeToJoy. The project culminated in December 2020, the month of Beethoven’s birth, with a grand video finale: a GOTJ highlight reel, set to a performance of the “Ode to Joy” anchored by the ORF Vienna Radio Symphony, the international Stay-at-Home Choir and Alsop herself.