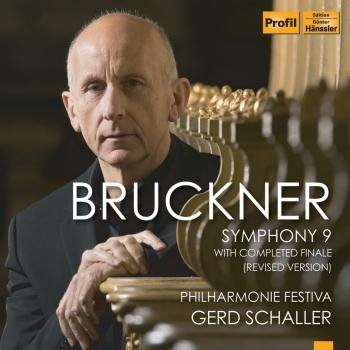 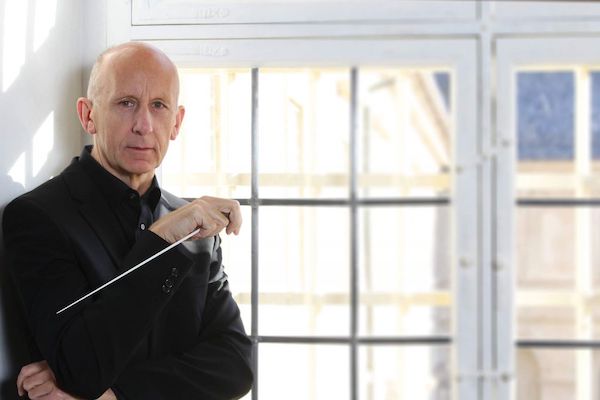 Gerd Schaller
He is considered to be one of the most important Bruckner interpreters of our times: Gerd Schaller has been working as a freelance artist since 2006 – after completing a degree in conducting and holding positionas at various German opera houses. He is frequently invited by many well-known orchestras in Germany and abroad as a guest conductor.
In addition, in 2008 he founded the Philharmonie Festiva, a symphony orchestra with selected musicians of German top orchestras, with whom he is pursuing his own ambitious projects.
For years, Gerd Schaller's work has focused on the music of Anton Bruckner, whose combination of deep emotionality and extreme complexity had fascinated the conductor since his earliest youth already. This fascination also results in Schaller's large-scale project Bruckner2024, with the aim of capturing all of Bruckner's essential works on CD in a personal perspective until the composer‘s 200th anniversary in 2024. The project started with the symphonies, which Schaller has now all recorded on CD with the Philharmonie Festiva on the label Profil Günter Hänssler, some of them in previously unknown versions. This series has been awarded numerous prizes at home and abroad. One of the highlights was certainly the recording with Schaller‘s completion of the final movement of the 9th Symphony after the composer's sketches, which also was published as a score in 2018.
This symphonic Bruckner cycle was supplemented in the meantime by the recording of some of Bruckner's sacred works, such as the F Minor Mass or the 146th Psalm, as well as the complete organ works, interpreted by Schaller himself on a historical instrument.
In addition to Bruckner's works, the conductor, with his pronounced thirst for knowledge and his constant interest in the new and unknown, is very enthusiastic about the rediscovery of forgotten works and rarities of the repertoire, such as Carl Goldmark's opera Merlin, whose modern premiere he conducted and whose score he recently edited for the publisher Ries & Erler. Furthermore, on the field of opera Gerd Schaller made himself an excellent name with the works of Richard Wagner, Richard Strauss and Giuseppe Verdi, but his broad range of repertoire also includes composers less frequently performed, from Alban Berg to Francesco Cileas. Also for the concert stage Schaller has developed an enormous repertoire encompassing music from the Baroque to the present day.
In addition, the conductor is the artistic director of the Ebracher Musiksommer, a festival he founded in 1990 and which, in recent years, received more and more international attention thanks to Schaller's well-founded Bruckner interpretations in the ideal acoustics of the Abbey Church in Ebrach.