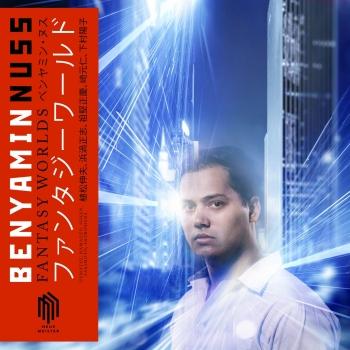 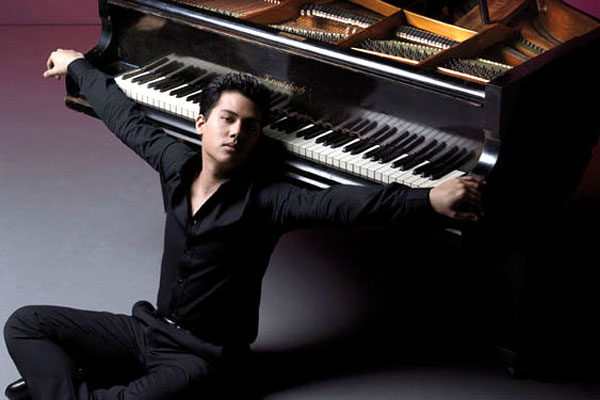 Benyamin Nuss
Born in 1989, Benyamin Nuss lives his passion for music. Inspired and encouraged by his father Ludwig Nuss and his uncle Hubert, both renowned jazz musicians and composers, Benyamin not only grew up within the tense area between classical music and jazz, but also completely turned the two genres into his passions.
Even as a ten-year-old, he began engaging himself with the works of Debussy and Ravel. It was above all the Impressionists who at first fascinated him with their tones and harmonies, then he found himself drawn more and more to the Romantics; Rachmaninoff, Liszt and Chopin are today among his favourite composers.
How deeply Benyamin internalized their music is also demonstrated by his first prizes at the national Jugend musiziert (Young Musicians) in the Steinway Competition (2005) and the international Prix d'Amadeo de Piano competition (2006), as well as a grant from the Hochbegabtenstiftung (Foundation for the Gifted) Best of NRW. Since 2008, he has studied at the Cologne/Aachen University of Music. His debut album Nuss plays Uematsu (2010, Deutsche Grammophon) contains video game music in a classical context and went straight into the classical charts. This was followed in 2012 by another solo album Exotica (Deutsche Grammophon), featuring works by Debussy, Balakirev, Milhaud, Villa-Lobos and Ginastera, as well as his own compositions. At home and abroad, Benyamin has performed as a soloist with several leading orchestras in Cologne, Stockholm, Tokyo, Chicago and London.
On this present production Masashi Hamauzu (Mons Records), he plays in a trio for the first time with Lisa Schumann (violin) and Kana Shirao (cello), as well as solo piano on the compositions of the Japanese Masashi Hamauzu. These two exceptional musicians are not only connected by a shared musical passion, but also by amazing biographical parallels.
Masashi Hamauzu
The Japanese Masashi Hamauzu is a composer of classical music. His work is inspired by Impressionists such as Debussy and Ravel, and yet at the same time he is compared to the works of "Les Six", a group of six French composers united in their reaction against romantic Impressionism, and who celebrated a change towards contemporary forms of popular music.
Caught between these stylistic divergences, Hamauzu has managed a remarkable career.
His musical repertoire encompasses both large orchestral works, and intimate chamber music concerts and compositions for solo piano, in equal measure. A completed course in vocal studies encouraged the widening of his views on structurally experimental possibilities, and enabled him to confidently transcend and expand the horizons of the classical music traditions.
After completing his studies, Masashi Hamauzu established his career as a staff composer at Square Enix, a leading developer of video games that included the Final Fantasy series. His dramatic compositional approach, coupled with his pioneering use of choral methods, modern harmonies and orchestration, let him break free from established forms and helped video game music attain an unprecedented level of status. With the soundtracks for Final Fantasy XIII, SaGa Frontier 2, Final Fantasy X, Unlimited Saga and Sigma Harmonics, to name just a few, he attracted worldwide attention and unreserved approval far beyond the boundaries of the game-playing community. His compositions are performed around the world in both a variety of orchestral settings and as solo piano concerts.