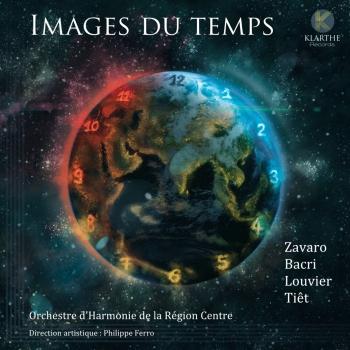 Philippe Ferro
Born in 1967, Philippe Ferro obtains the highest awards at the Conservatoire National Superieur de Musique de Paris in the classes of flute, chamber music, teaching and conducting. Very attached to the repertoire for wind instruments, he has held since 1992 the post of music director of the Concert Band of the Central Region, and get with this training in May 2004 with a 1st prize of the jury first Named Congratulations to 4 ° International Competition in Strasbourg, and in July 2005, a second place at 15 ° World Music Contest in Kerkrade (Netherlands). He is also invited to conduct different orchestras (Orchestre Colonne Orchestra and Chorus of Paris Universities. ) And supervises numerous training courses in conducting. Its various activities led him to occur in most European countries, Japan, China, the United States and Vietnam, countries for which he provided an educational mission to students of the Hanoi Conservatory in 1997 and 1998 (flute, chamber music and orchestra). Holds three certificates of proficiency as a teacher (flute, responsible leadership and instrumental ensembles), he taught chamber music and orchestra classes directed at the National Conservatory of Tours from 1997 to 2000. Principal flutist of the Orchestre Poitou-Charentes from 1992 to 2000 he was also a member of the quartet made up of ARCADIA Pierre-Yves Artaud, Arlette and Pierre-Alain Biget. In 2000, Philip Ferro was appointed Head of the Music of the Guardians of the Peace of Paris, and began training with this particular policy to a large discography with the release of ten recordings for French composers (Berlioz, Boutry, Cosma, Dondeyne, Dutilleux , Jolivet, Lancen, Tailleferre. ). In 2008 he was appointed professor of flute at the Conservatoire of Orleans County (45).