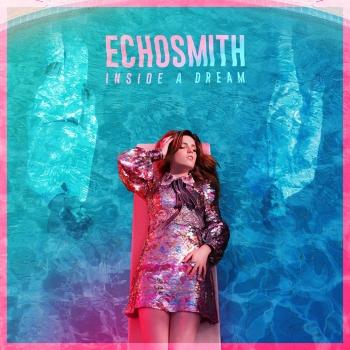 Inside a Dream (EP) 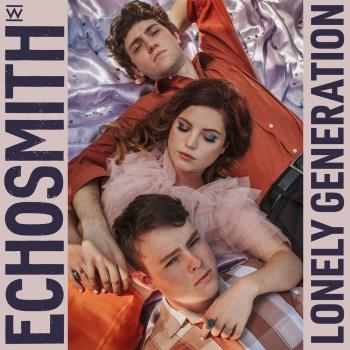 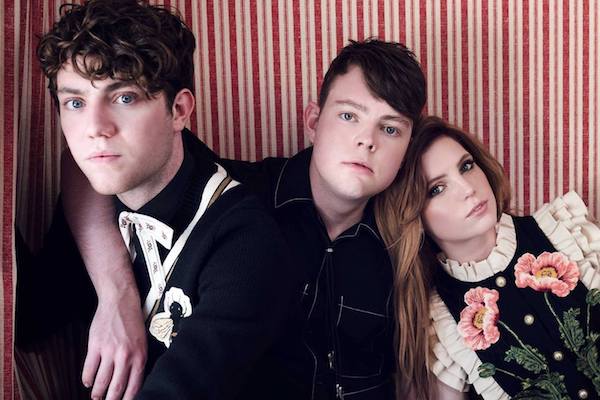 Echosmith
is an American indie pop band formed in February 2009 in Chino, California. Originally formed as a quartet of siblings, the band currently consists of Sydney, Noah and Graham Sierota, following the departure of eldest sibling Jamie in late 2016. Echosmith started first as "Ready Set Go!" until they signed to Warner Bros. Records in May 2012. They are best known for their hit song "Cool Kids". The band's debut album, Talking Dreams, was released on October 8, 2013.
Even before Echosmith released its debut album Talking Dreams, the Los Angeles alt-pop band had been ascending by leaps and bounds. The Sierota siblings — Sydney (vocals/keyboard), Jamie (vocals/guitar), Noah (vocals/bass), and Graham (drums) —have now been dubbed “one of the biggest breakout acts of 2015” by Jimmy Fallon, thanks to their platinum hit “Cool Kids,” follow-up gold smash “Bright,” and now brand new single “Let’s Love.” The Southern California-born quartet grew up in a musical household, and shared a love for playing instruments and listening to bands as varied as Coldplay, The Smiths, U2, Joy Division, and Fleetwood Mac. Those influences have yielded the melody-minded, New Wave-influenced sound of Talking Dreams, which was produced by Mike Elizondo (Tegan & Sara, Regina Spektor) and earned rave reviews. The band has been featured by the likes of Rolling Stone, USA Today, Billboard, TeenVogue, and ELLE, who dubbed “Cool Kids” as “an ageless anthem.” In 2014, Echosmith were named both an MTV “Artist to Watch” and a VH1 “You Oughta Know” Artist. They have performed all over national TV, from Ellen and The Tonight Show Starring Jimmy Fallon with “Cool Kids” to Live! With Kelly and Michael and Late Night with Seth Meyers with “Bright.” Most recently, they debuted new single “Let’s Love” with back-to-back performances on The Tonight Show and The Today Show. In the past two years, Echosmith has toured with everyone from Owl City and Young The Giant to American Authors, in addition to their two Warped Tour runs.
They’ve sold out headlining tours across the U.S. and Europe, and are continuing to win over new converts to their sparkling songs and dynamic live shows. Echosmith plan to hit the studio soon to record a new album, but in the meantime, go to any of their shows and you’ll hear the audience singing right along. “I remember the first time it happened on Warped, it seemed so weird to me,” says Sydney. “I’d get the chills every time — even though it was 110 degrees. It’s just so cool to see other people as passionate about the band as we are.”