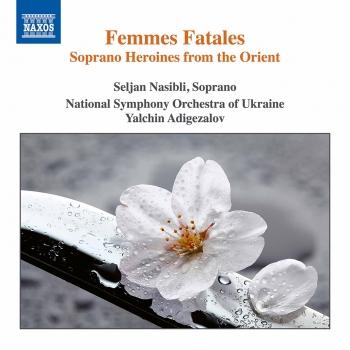 Seljan Nasibli
recently completed her studies at The Royal College of Music, where she graduated with a Masters Degree in Vocal Performance. Previously she had studied for her International Baccalaureate in Oxford where she received third place in the Oxford Music Festival Competition.
Seljan Nasibli recently made her début in King’s Place Theatre at the Schönberg Festival singing ‘Donde estas hermano?’ by Luigi Nono and her début at London’s Barbican Hall as a soloist in a tribute to the Azerbaijani composer Niyazi. Other recent concert engagements include three Nocturnes by Debussy for the Lutoslawski Centenary ‘Woven Words’ at London’s Queen Elizabeth Hall and the role of second soprano in the opera Arahnes by Jan Gorjanc in London’s Cadogan Hall. With Westminster Opera she performed the role of Donna Anna Don Giovanni in France. She has recently performed in Falstaff together with the Liverpool Philharmonic Orchestra and with The European Opera Centre together with Laurent Pillot. She performed Violetta this summer with The Oxford Alternative Orchestra and recently debuted at the Laeiszhalle in Hamburg with the Taurida State Symphonic Orchestra.