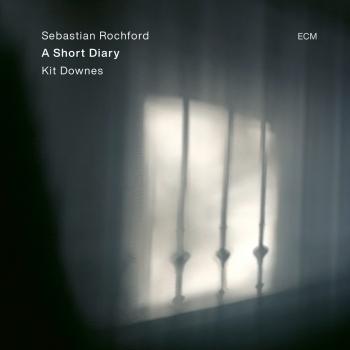 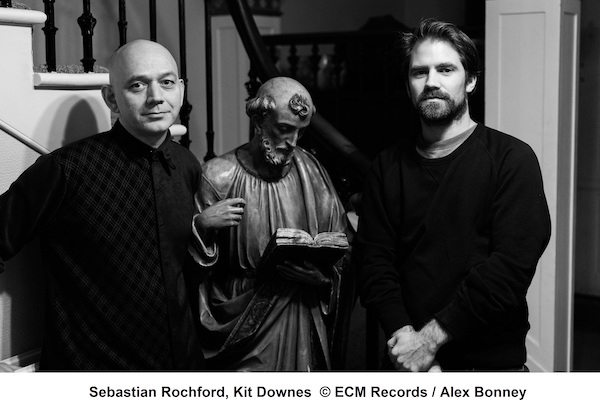 Sebastian Rochford
is the extraordinary, imaginative and adventurous composer, songwriter, producer and instrumentalist who, with his multi-genre output and the help of some key collaborators, has turned British jazz on its head.
A characteristic of Rochford's music is the mixing of a jazz background with modern electronic and pop/rock influences, so it is no surprise that his influences include Beethoven, Daughters, Bjork, Skepta, Burial, Prince and contemporary electronica as well as a large dose of jazz. The CD releases with his own bands, as well as his contribution to many others as either a composer, player or producer, attest to his particular brand of fertile inventiveness and his ability to get the best out of a wide spectrum of versatile musicians.
Through his bands, Rochford has earned the reputation of one of the most creative musicians on the UK scene. Polar Bear's raw-boned, dramatic music mixes jazz with an electronic soundscape and a punk sensibility, underpinned by break-beat and rock rhythms, while Fulborn Teversham witnesses the collision of punky, funky melodic music with deadpan, in-yer-face vocals, cosmic electronica and eclectic mix of acoustic jazz, alt rock, prog punk and other musical brilliance. The music of both bands is distinguished by Rochford’s compelling contrapuntal melodies and driving energy, which has won many critical plaudits as well as a devoted audience.
Since 2004, when he won the BBC Radio 2 and Radio 3 Jazz Award for Rising Star, Rochford has amassed a plethora of nominations and accolades. Further Jazz Award nominations under the Best Band category (2004 and 2005), Best Instrumentalist (2006) and Album of the Year (2006) were complemented by Rochford’s participation in the inaugural Jerwood/PRS Foundation Take Five Initiative for creative jazz musicians in 2004/05, an award for Fulborn Teversham for artistic excellence at Brighton Festival and Polar Bear’s nomination for the prestigious Nationwide Mercury Music Prize with Held on the Tips of Fingers in 2005. This album was also honoured in The Observer Music Monthly ‘CDs of 2005’ and appeared in the ‘Top 100 Jazz Albums That Shook The World’ in Jazzwise in 2006.
Rochford enjoys a significant UK career and a growing international profile as a composer, bandleader and drummer. He has played and recorded with an astonishing array of local and international luminaries, including: Yoko Ono, Herbie Hancock, Brian Eno, Squarepusher, David Byrne, Bojan Z, Marc Ribot, Patti Smith, Sean Lennon, Corinne Bailey Rae, Adele, Soft Machine legend Hugh Hopper, Babyshambles, Grime producer Statik, Stan Tracey, Fran Healey, Adrian Utley, Andy Sheppard and Britten Sinfonia under the direction of maverick pianist Joanna MacGregor.
Formerly a member of the F-IRE Collective, Rochford’s current bands include the Mercury- nominated Polar Bear; new band Jyager Bear, with MC Jyager, Pete Wareham and Shabaka Hutchings; Trio Libero, with Andy Sheppard and Michel Benita; the avant-garde rock trio Big Dave, with ex-Babyshambles guitarist Patrick Walden; electro-acoustic quartet Fulborn Teversham; and Silver Birch, the new line-up formerly known as Acoustic Ladyland.
Rochford recently released a critically acclaimed album with Theremin innovator Pamelia Kurstin: Ouch Evil Slow Hop on Slowfoot Records. Trio Libero’s debut album, When We Live On The Stars, is due for release on ECM in early 2012 and a tour will follow shortly after.
As a producer, Rochford has been responsible for overseeing the sonic worlds of all of his own band recordings and those of Acoustic Ladyland. He has also worked as a producer only, on tracks for Joanna MacGregor and Andy Sheppard’s album Deep River, as well as the complete album for folk/jazz chanteuse Gwyneth Herbert.
Kit Downes
is a BBC Jazz Award winning, Mercury Music Award nominated solo recording artist for ECM Records. He has toured the world playing piano, church organ and harmonium with his own bands (‘ENEMY’, ‘Troyka’ and ‘Elt’) as well as with artists such as Squarepusher, Bill Frisell, ‘Empirical‘, Andrew Cyrille, Sofia Jernberg, Benny Greb, Mica Levi and Sam Amidon.
Kit performs solo pipe organ and solo piano concerts – as well as playing in collaborations with saxophonist Tom Challenger, cellist Lucy Railton, composer Shiva Feshareki, saxophonist Ben van Gelder and with the band ‘ENEMY’ (with Petter Eldh and James Maddren).
He is also currently working with violinist Aidan O’Rourke, drummer Seb Rochford, composer Max de Wardener and in the organ trio ‘Deadeye’ with Reinier Baas and Jonas Burgwinkel.
He has written commissions for Cheltenham Music Festival, London Contemporary Orchestra, Biel Organ Festival, Ensemble Klang at ReWire Festival, the Scottish Ensemble, Cologne Philharmonie and the Wellcome Trust. He also performed as part of the National Theatre production of ‘Network’ from 2017-2018, featuring actor Bryan Cranston.
He has performed solo organ concerts at the Elb Philharmonie in Hamburg, Lausanne Cathedral, Flagey in Brussels, the Royal Albert Hall in London as well as the Southbank Royal Festival Hall, Rochester Jazz Festival (US), St Olafs Minneapolis (US), Stavanger Konserthus, Aarhus Philharmonic Musikhuset, Darmstadt Organ Festival, Stuttgart Organ Festival, Laurenskerke in Rotterdam, Orgelpark in Amsterdam, Kaiser Wilhelm Memorial Church at Berlin Jazz Festival, and the BBC Proms amongst many others.
He holds a fellowship at the Royal Academy of Music in London, where he himself studied and now teaches. He has twice been awarded 1st place in Downbeat’s Critics Poll Rising Star for Organ and Keyboard categories respectively, and his ECM records ‘Obsidian‘, ‘Dreamlife of Debris‘ and ‘Vermillion‘ have been released to much critical acclaim.