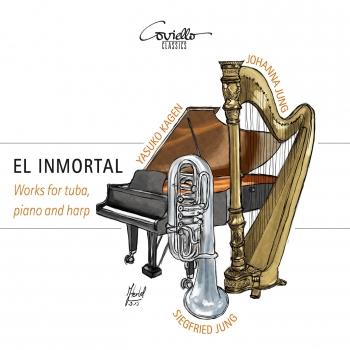 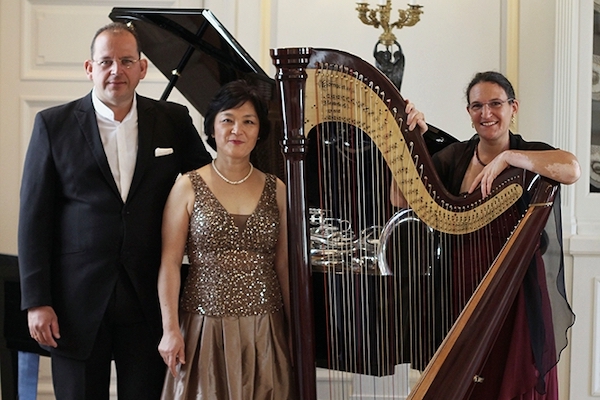 Siegfried Jung
born in Timisoara, studied orchestral playing with tuba as principle instrument at the Musikhochschule Franz Liszt in Weimar with Walter Hilgers. Since 1999, he has been a tuba player in the Orchester des Nationaltheaters Mannheim. He has gained a wide reputation in Germany and abroad through his long teaching experience at the music conservatoires in Frankfurt am Main and Mannheim, alongside solo appearances and receives regular invitations to teach at master classes.
He has performed as guest with prestigious orchestras including the BR Sinfonieorchester, the Gewandhausorchester Leipzig, the German radio orchestras SWR Stuttgart, HR Frankfurt and SR Saarbrücken, the Münchener Philharmoniker, at the Staatsoper in Munich and with the Nederlands Philharmonisch Orkest Amsterdam. His career has been shaped by collaborations with conductors such as Lorin Maazel, Mariss Jansons, Kent Nagano and Horst Stein to name only a few. He has performed on a number of occasions as soloist with the Nationaltheaterorchester Mannheim and in chamber concerts and gave his debut in Romania in 2015 with the Filarmonica George Enescu in Bucharest in the concert hall Ateneul Roman. This was followed up by invitations to perform in the cities of Bacau and Targu Mures and at the festival Timisoara Muzicale.His debut CD "Paesaggio" was released in 2017 together with the orchestra of the Mannheim Nationaltheater on the Coviello Classics label. In April 2019, he could be heard as a soloist playing with the St. Petersburg Capella Symphony Orchestra, and again in May 2019 with the Banatul Philharmonic of Timișoara at the "Timisoara Muzicale" festival. He was invited as a soloist for a double concert for tuba and harp at the Thuringian Symphony Orchestra. This was under the musical direction of Gerard Oskamp.
His second solo album, titled EL INMORTAL, was released by CovielloClassics at the beginning of 2020.
Yasuko Kagen
This pianist was born in Osaka, Japan. At eighteen years old, she began studying piano with Prof. Paul Dan at the Mannheim School of Music. In addition, she studied song design with Prof. Ulrich Eisenlohr and supported students in the singing class of Prof. Rudolf Piernay. Moreover, she attended the master class of Prof. Jörg Demus in Austria for many years. In 1997, she won 2nd place in the 3rd international duo competition (singing and piano) “Schubert and the Music of the 20th Century”, Graz. Her work also includes numerous commitments in recitals, orchestral concerts, and radio recordings as an accompanist at the University of Mainz and later at the Mannheim School of Music, where she supervised the brass classes from 2002 to 2012 in instrumental accompaniment.
Furthermore, she is a freelance musician and an exceptionally successful music teacher in high demand.
Johanna Jung
born in Ingolstadt, began learning the harp at the age of eight. She studied with Helga Storck at the Hochschule für Musik und Theater in Munich and received a distinction in both her performing diploma and also in the masterclass. She attracted attention as a young up-andcoming harpist at the 7th World Harp Congress in Prague in the Focus on Youth concerts. She was a prize winner at the international competition held by the Franz Josef Reinl Foundation in Vienna. She developed her artistic profile in master classes with Isabelle Moretti, Daphne Boden and Helga Storck. While still a student, she was appointed in a fixed-term contract as assistant principle harpist in the orchestra Essener Philharmonie during the season 2000/01. The same year, she was appointed as principle harpist of the Philharmonisches Orchester der Hansestadt Lübeck. She has made several appearances as a soloist with this orchestra and performed in numerous chamber music concerts in Germany and abroad. She has also played as an extra in orchestras including the NDR-Sinfonieorchester, the Hamburger Philharmoniker, at the Nationaltheater Mannheim and with the Deutsche Staatsphilharmonie Rheinland-Pfalz and the Vienna Philharmonic.
In 2017, the CD "Paesaggio" was released, and she can be heard as a co-soloist together with her husband Siegfried Jung. Johanna Jung founded the "Mannheimer Harfenquartett" harp quartet a short time later. Working with the "Aurelius Sängerknaben" boy‘s choir, "Länder-Lieder-Leute", an album that is unique in the world, was recorded in 2019 and contains folk songs from around the world arranged especially for this combo, boys choir, and harp quartet.