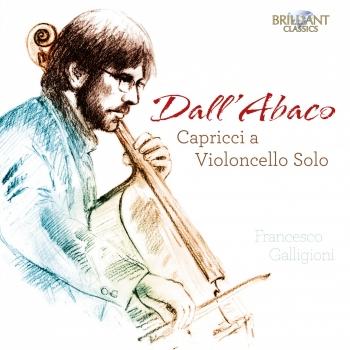 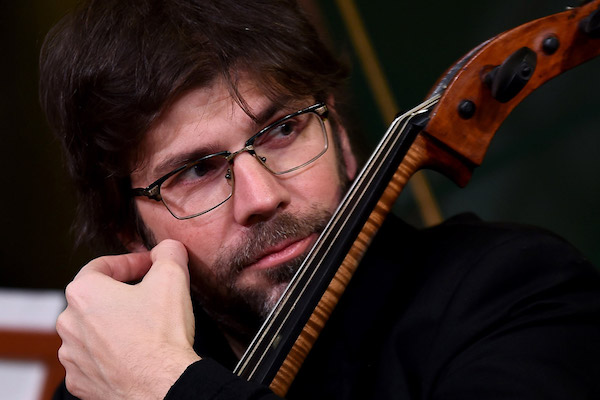 Francesco Galligioni
obtained a Diploma in cello at the C. Pollini Conservatoire in Padua under G. Chiampan, then he then studied with Franco Maggio Ormezowski at both the Accademia Nazionale di S. Cecilia in Rome and at the A. Toscanini Foundation in Parma in the courses for soloists and orchestra leaders.
He has taken part in courses specializing in baroque cello held by W. Vestidello and G. Nasillo, and worked with famous soloists and conductors (Anner Bylsma, Giuliano Carmignola, Cecilia Bartoli, Max Emmanuel Cencic, Magdalena Kozena, Sergio Azzolini, Sara Mingardo, Victoria Mullova, Angelika Kirschlagher, Andrea Marcon, Federico Guglielmo, Sir J. E. Gardiner, Diego Fasolis, Pedro Halffter, Bob Van Asperen, Michael Radulescu, Gustav Leonhardt, Christopher Hogwood), both in concert performances and recordings.
His passion for early music led him to study viola da gamba with Paolo Biordi at the Conservatoire in Florence, where he obtained the Diploma in 2004, followed in 2007 by a first class degree with a thesis on the relationship between the arpeggione, viola da gamba and baroque cello, with a performance on this latter instrument of the famous sonata.
A founding member of the Accademia di S. Rocco and later of the Venice Baroque Orchestra, he has played first cello in the foremost concert venues, including the Royal Albert Hall and Barbican Hall (London), Lincoln Center and Carnegie Hall (New York), JFK Center for Performing Arts (Washington DC), Tonhalle (Zurich), Konzerthaus (Berlin), Het Concertgebow (Amsterdam), Musikverein and Konzerthaus (Vienna), Kyoi hall (Tokyo), Opera Berlioz (Montpellier), Théâtre des Champs-Elysées (Paris), W. Disney City Hall (Los Angeles), Gran Teatro La Fenice (Venice).
He has recorded for ARCHIV (Deutsche Grammophon), Arts, ORF, Chandos, Brilliant, Naxos and Sony Classical. With this latter label he played first cello and soloist with the Venice Baroque Orchestra, as well as performing in various chamber ensembles, including in Trio with G. Carmignola and L. Kirtzof and in sonatas with A. Bylsma.
His concerts as a soloist have been broadcast by WDR, ORF, SWR2 and MDR (concerto for violin and cello by A. Vivaldi with G. Carmignola), as well as by ABC, NPR, BBC3, RDP and Japanese television while touring in Japan in September 2005.
The ensembles with which he has played lead parts include Sonatori della Gioiosa Marca, Orchestra Barocca del Friuli Venezia Giulia “G.B.Tiepolo”, I Barocchisti, Oman Consort, Arte dell’Arco, Gambe di Legno Consort, i Virtuosi delle Muse, Opera Stravagante. In 2006 he was guest cello soloist with the Gran Canaria Philharmonic Orchestra.
In 2007 he taught at the Ludwigsburger Akademie summer courses, and played as soloist with the orchestra in the Salzburg Festspiele at the Musikverein Grosser Saal in Vienna, the Tonhalle in Zurich, the Victoria Hall in Geneva, the Barbican in London, the Théâtre des Champs-Elysées in Paris. In November-December 2008, he took part in a chamber music tour with cellist Mario Brunello with concerts in Florence, Milan, Turin and Rome in Italy, and then in Japan.
In recent years Galligioni has also focused on contemporary music on period instruments, playing works by composers such as Philip Glass, Giovanni Sollima, G. Bersanetti, J. Tavener. In 2011 he was the soloist in the Vivaldi Concerto RV531 with cellist Gautier Capuchon.
His recording of the complete cello concertos by Vivaldi was recently released in a 4 CD set by Brilliant Classics, who also released his recording of Vivaldi’s six printed sonatas. A 5 CD set of Salvatore Lanzetti’s printed sonatas and dall’Abaco capricci.
Galligioni plays a cello made by Paolo Antonio Testore in 1740 and a viola da gamba dating back to the early 1700s.
He has taught cello at the Conservatoires of Lecce, Reggio Calabria, Genoa and Adria, and currently teaches the same instrument at the A. Steffani Conservatoire in Castelfranco Veneto (TV), and the viola da gamba at the J. Tomadini Conservatoire in Udine.