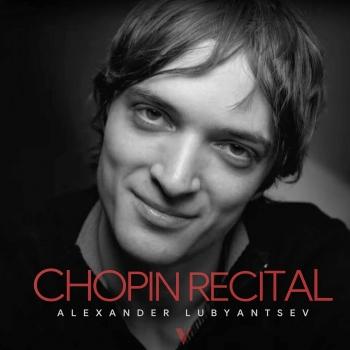 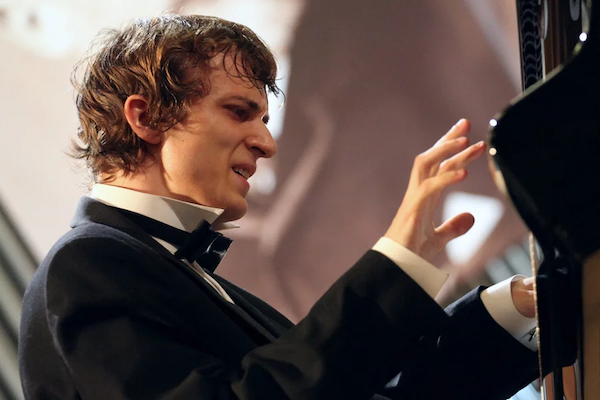 Alexander Lubyantsev
was born into a family of musicians on the 27th of December, 1986 in Roschino, near Leningrad (now Saint Petersburg), Russia. His mother and sisters were pianists, and his father was the director of the local music school. Displaying prodigious abilities from a very early age, he began to study the piano with his mother. Soon after he continued studying in music schools in Saint Petersburg and began to perform in public. By the age of 8 he had already won a competition and would go on to win twelve prizes in the following years. At age 11 he first performed with orchestra, playing Chopin’s First Concerto with orchestra in a competition, followed by Rachmaninov’s Second Concerto at age 14 in a regular concert. At age 17 he participated in the 2004 Sydney International Piano Competition where was awarded fifth place along with two special prizes for the “Best performance of a work by Liszt” and “Best performance of an Etude by Liszt.” During adolescence, he studied at the Moscow Central Music School with Kira Alexandrovna Shashkina, the teacher of many significant pianists, including Mikhail Pletnev. From 2004-06 he lived in Hamburg, Germany, where he studied with James Tocco, before returning to Russia to study with Nina Seregina at the Saint Petersburg Conservatory and Viktor Portnoy at the Petrozavodsk Conservatory.
In 2007 Lubyantsev came to international attention after winning the bronze medal (no first prize awarded) at the Tchaikovsky Competition in Moscow. According to the newspaper Pravda, “the hall immediately fell in love with this delicate, young man…calling him an angel,” and “listened to him with their breath held.” The newspaper concluded that Lubyantsev “was one of the most unusual pianists of the competition, and became its revelation and discovery.” After the competition, jury member Dmitri Bashkirov remarked that Lubyantev’s playing had a “fresh and fantastical manner.” Lubyantsev began to receive invitations to perform internationally.
In 2011 Lubyantsev competed a second time in the Tchaikovsky Competition. The local and international press described him as the public’s favorite during the first two rounds. The newspaper Rossiiskaya Gazeta recounted how the audience, from the outset, greeted the returning prizewinner with standing ovations and how his performances invigorated the public. The Guardian called him a “favorite of the fervent, Muscovite public” and recounted how backstage after his second-round performance he was “mobbed like a pop star by groups of photographers, journalists and teenage girls.” His non-admittance to the final caused an uproar and protests by audience members and critics. In the press appeared accounts of certain jury members’ being booed and heckled both in the hall and on the street along with shouts of “Shame” or “It’s the wrong decision!” Murmurs of Lubyantsev’s name could be heard in the foyer outside the hall, and during the final round, chanting of his name could be heard coming from the gallery. The competition organizers were forced to hold a press conference to address the controversy. These events were a catalyst for the decision by the Russian music critics to create their own parallel award, for which Lubyantsev ended up receiving the most votes. This award has continued in subsequent editions of the competition.
Immediately following his performance in the competition, Lubyantsev was invited to perform with the Orchestra of the Mariinsky Theater and the National Philharmonic of Russia. At his debut in the United States, he performed Tchaikovsky’s First Piano Concerto with the Seattle Philharmonic Orchestra. He has toured Japan extensively. He has performed in various countries, including France, Germany, Italy, USA, Japan, China, South Korea, and South Africa and in venues such as Suntory Hall and Nikkei Hall in Japan, the Fazioli Concert Hall, Hamburg’s Elbphilharmonie, the Concert Hall of the Mariinsky Theater, the Saint Petersburg Philharmonic Hall, and the Tchaikovsky Hall of the Moscow Philharmonic, and with conductors such as Gianandrea Noseda and Vladimir Spivakov. His playing is known for its individual character and unique timbres. He is also known to play his own compositions, especially as encores.