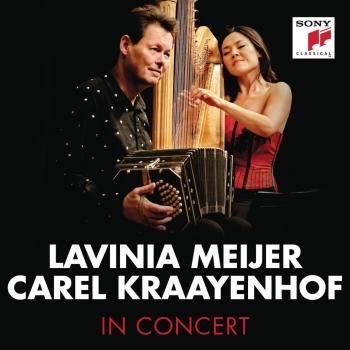 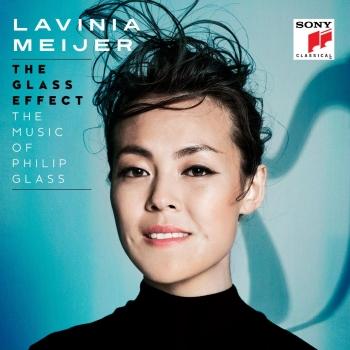 The Glass Effect (The Music of Philip Glass & Others) 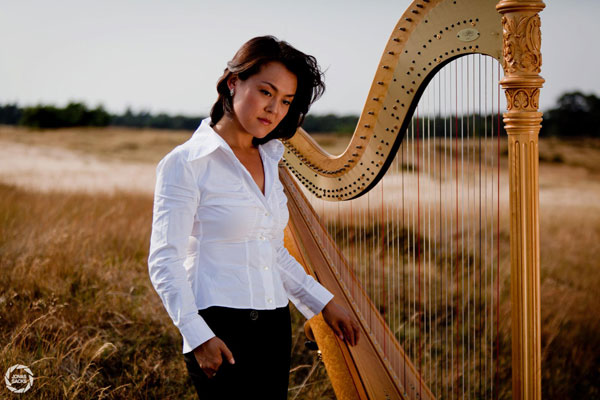 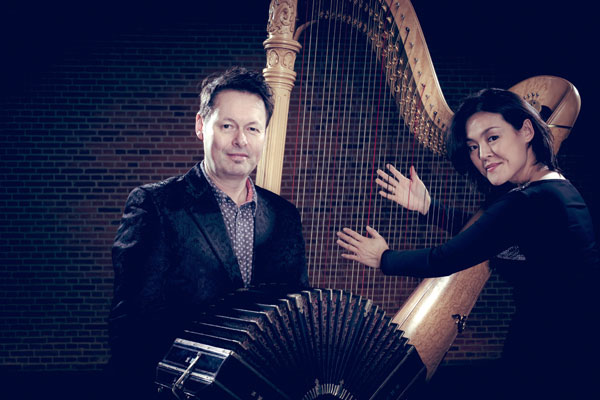 Lavinia Meijer
born in South-Korea, 1983 and adopted into a Dutch family started to play the harp at the age of 9. Within two years she was admissioned to study at the young talent class of the conservatory of Utrecht (Bachelor) and later at the conservatory of Amsterdam (Master). At both conservatories she graduated with Honours. Erika Waardenburg has been Lavinia’s principal teacher.
Her success at the conservatory of Amsterdam was a prelude on Lavinia’s career to come. She performed only contemporary compositions at her graduation concert, making a firm statement already: Lavinia is here to add new chapters to the history of music.
Besides performing the classic harp repertoire, Lavinia also experiments with electronic music, theatrical music, contemporary music, modern classics, jazz and pop. Several composers e.g. Paul Patterson (UK), Garrett Byrnes, and Jacob TV (Netherlands) have dedicated new compositions to her.
Already at a young age, Lavinia competed in several international harp competitions, winning prizes in the USA, France, Switserland, Israel, and Austria. Soon after her graduation Lavinia received the Borletti-Buitoni Trust Fellowship (London, 2006). In 2007 Lavinia was heralded as the “Rising Star” musician of her generation. She performed solo-recitals at concert halls like Musikverein (Vienna), Carnegie Hall (New York), Philharmonie (Köln), Jerusalem Theater, Seoul Arts Center, Royal Concertgebouw (Amsterdam), Cité-de-la-Musique (Paris), Konzerthus (Stockholm), and Symphony Hall (Birmingham, UK).
In 2009, at the young age of 26, Lavinia received the highest distinction for a classical musician in the Netherlands: the Dutch Music Prize. In 2011 she was the recipient of an Edison Award for her album Fantasies & Impromptus (Channel Classics).
As a featured soloist, Lavinia performed harp concertos with renowned orchestras, such as Royal Concertgebouw Chamber Orchestra Amsterdam, Israel Philharmonics, Amsterdam Sinfonietta, Noord Nederlands Orkest, and Seoul Philharmonic Orchestra. She performed with conductors such as Thierry Fischer, Frans Brüggen, Hannu Lintu, Thomas Ades and Marco Boni.
Her broad interest to find new sounds on and new compositions for the harp has let her to meet the American composer Philip Glass in 2011. He invited her to his concert in Amsterdam where she performed his Metamorphosis I-V on the harp. “You are the special effect of this evening”, he told Lavinia after the show, and he supported Lavinia to record a full album of Glass’ compostions. The result was overwhelming. Metamorphosis/The Hours (Channel Classics) received mostly 5 star reviews (not just in the Dutch press), and reached the certified Platinum status within half a year.
Lavinia’s newest album Einaudi by Lavinia: Passaggio (Sony Classical) consists of pieces by the Italian composer/pianist Ludovico Einaudi. Lavinia has met Mr. Einaudi twice and he encouraged her to work on his pieces and approved of Lavinia’s renditions of famous compositions like Divenire, Passaggio, I Giorni, Nuvole Bianche, Mattina (which was included in the soundtrack of the movie Intouchables) and other Einaudi-classics. Lavinia is known for her dark, deep, and rich timbre in the lower register as played by her left hand, which she combines with gracious notes in the higher register played by her right hand.
Passaggio is recorded at Funkhaus, Berlin. Tonmeister Andreas Neubronner (who recorded 13 Grammy Award winning albums) has captured Lavinia’s performance in what he describes as a ‘Cinemascope sound’, which displays the richness of Lavinia’s incredible performance.
In 2013 she signed an exclusive contract as a recording artist for Sony Classical.