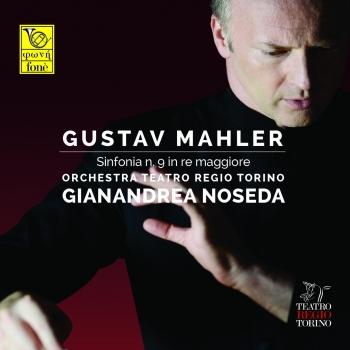 Gustav Mahler Sinfonia no.9 in re maggiore 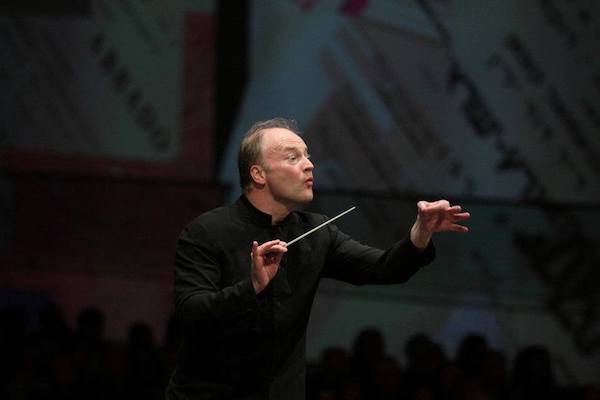 Gianandrea Noseda
is widely recognized as one of the leading conductors of his genera¬tion. He is Musical America’s 2015 Conductor of the Year.
Gianandrea Noseda’s appointment as Music Director of the Teatro Regio Torino in 2007 ushered in a transformative era for the company: his initiatives have propelled the Teatro Regio Torino onto the global stage, where it has become one of Italy’s most important cultural exports. Under his leadership the Teatro Regio Torino has launched its first tours outside of Torino with performances in Austria, China, France, Germany, Japan and Russia. In August 2014 Gianandrea Noseda brought the Teatro Regio Torino to the Edinburgh Festival for its United Kingdom debut. In December 2014 he also led the Teatro Regio Torino in a historic first, and critically acclaimed, tour of North America with concert per¬formances of William Tell in Chicago (Harris Theater), Toronto (Roy Thomson Hall), New York (Carnegie Hall) and Ann Arbor, Michigan (University Musical Society).
Gianandrea Noseda is Principal Guest Conductor of the Israel Philharmonic Orchestra since 2011, he has performed with the orchestra in Israel and has led a successful seven cities tour in the US in spring 2014. He is also Principal Conductor of the Orquestra de Cadaqués and Artistic Director of the Stresa Festival (Italy). He was at the helm of the BBC Philharmonic from 2002 to 2011. In 1997 he was appointed the first foreign Princi¬pal Guest Conductor of the Mariinsky Theatre, a position he held for a decade.
Gianandrea Noseda has close relationships with the London Symphony Orchestra (that he conducts regularly at the Barbican Centre and on tour), the NHK Symphony, the Pitts¬burgh and Philadelphia Orchestras, the Orchestre National de France, the Filarmonica della Scala and the Wiener Symphoniker. He has a long standing relationship with The Metropolitan Opera dating back to 2002 and has conducted many new productions, in¬cluding the 2013 – 2014 season’s widely praised Prince Igor, now available as a DVD from Deutsche Grammophon.
In 2015 makes his debuts with the Berlin Philharmonic and at the Salzburg Festival. Conducting the Filarmonica Teatro Regio Torino makes his debut at the Aix-en Provence Easter Festival. His commitment to young musicians will continue with the European Union Youth Orchestra and with the Julliard School in New York and the Guildhall School in London.
Maestro Noseda intense recording activity counts over fifty CD, many of which have been celebrated by critics and received numerous awards. His Musica Italiana recording proj¬ect, which he initiated ten years ago with the label Chandos, has chronicled underap¬preciated Italian repertoire of the 20th Century and brought to light many masterpieces. Conducting the Vienna Philharmonic Orchestra and the Orchestra Teatro Regio Torino he has also recorded opera albums with celebrated vocalists such as Ildebrando d’Arcangelo, Rolando Villazon, Anna Netrebko (all for Deutsche Grammophon) and Diana Damrau (for Warner Classics). For Helicon Classics has recorded the Symphonie fantastique by Hector Berlioz. A native of Milan, Maestro Noseda is Cavaliere Ufficiale al Merito della Repubblica Itali¬ana, marking his contribution to the artistic life of Italy.
The Filarmonica Teatro Regio Torino
was founded in 2003 at the initiative of the musicians of the resident opera orchestra, which can trace its history back 275 years, through associations with such artists as Arturo Toscanini, Giacomo Puccini, Richard Strauss, Maria Callas, Renata Tebaldi, Giuseppe di Stefano, Plácido Domingo, and Luciano Pavarotti. As symphony orchestra it has set itself the goal of exploring the wide variety of music of the twentieth century, with a particular focus on the intersection between ‘classical’ music and new trends, where these are not only contrasted with but enriched by each other. With a core repertoire of works by such composers as Mahler, Strauss, Ravel, Prokofiev, Berg, Copland, Respighi, and Shostakovich, the orchestra also embraces jazz, music for films, and popular music.
Despite its recent foundation, the Filarmonica TRT has participated at the internation¬al festival MITO SettembreMusica in Turin and Milan five times, and appeared at the Festival Berlioz at Côte-Saint-André in France in summer 2004, with the composer and conductor Laurent Petitgirard and the pianist Jean-Philippe Collard; the Santander Fes¬tival in Spain in August 2005, with the soprano Renée Fleming, bass Roberto Scandiuzzi, and Jan Latham-Koenig, who served as Principal Guest Conductor from 2006 until 2009; the Romanian Athenaeum in Bucharest in 2006; the Festival Violinistico Internazionale Gasparo da Salò in 2008; and the Festival Murten Classics in Switzerland in 2008 and 2009. Recent projects have been devoted to the music of Nino Rota, Alfredo Casella, Fran¬cis Poulenc, and Ezio Bosso, including his Symphony No. 1 Oceans and his scores for the films Il dolce e l’amaro and Le ali of Andrea Porporati. In October 2010 the Filarmonica TRT del Teatro Regio, Turin gave the Italian premiere of Icarus at the Edge of Time by Philip Glass at the Festival della Scienza in Genoa. From November 2012 Yutaka Sado is its Principal Guest Conductor. Unicredit Group is the Partner of the orchestra since his foundation.
Teatro Regio
was established in 1740 in Torino as the theatre of the Savoy court. At the end of the XIX century it saw a period of great prestige with the presence of Arturo Toscanini and the world premieres of Puccini’s Manon Lescaut and La bohème.
In 1936 a fire destroyed the old Theatre. Rebuilt by Carlo Mollino and provided with one of the largest stages in Europe, it was inaugurated in 1973 with I Vespri siciliani directed by Maria Callas and Giuseppe Di Stefano. The new Theatre rapidly established a reputation as one of the leading Italian opera houses, thanks largely to the quality of its Orchestra and Chorus. Since 2007, when Gianandrea Noseda was appointed Music Director of the Teatro Regio Torino, many international tours have been taking place all around the world: in Germany, Spain, France, United Kingdom, Russia, China, Japan, and lastly in North America, including performances of Guglielmo Tell in Chicago at Harris Theater, Ann Arbor, Toronto, and New York at Carnegie Hall.
In recent years Teatro Regio Torino has recorded a lots of DVD and CD released by Deutsche Gramophone, RAI, Chandos, Opus Arte, Dynamic, ArtHaus Musik, Hardy Classic, Warner Classics, meanwhile all operas are broadcast live on Rai Radio3.