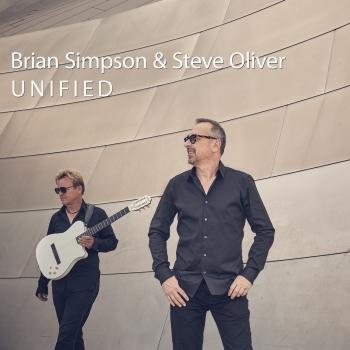 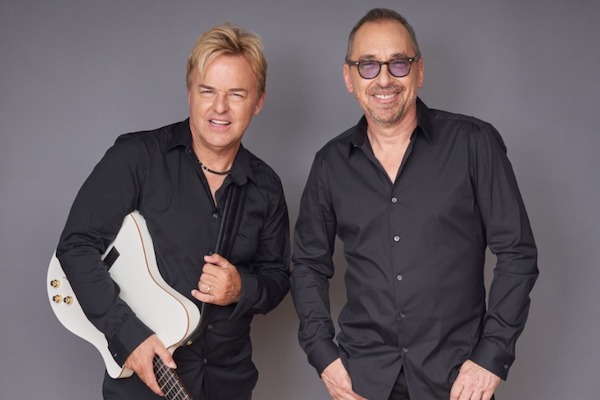 Steve Oliver
Perfectly capturing the soul-searching music of our times and the universal sense of wonder human beings have been contemplating since the beginning of time, Steve Oliver (www.steveolivermusic.com)follows a dynamic decade and a half of #1 instrumental Billboard Jazz hit making and global touring by asking the simple but resonant question "Why?"
The soulful, thought-provoking track, the lead single from the multi-talented singer, songwriter and guitarist's first ever all-vocal album, Pictures and Frames, is currently shipping to Pop Contemporary stations nationwide. It's Oliver's first official venture into the pop format after nine albums and over 15 years of dominance on the Billboard Contemporary Jazz chart. Oliver has always sprinkled a few pop/R&B vocals into his instrumental albums -- but "Why" and many of the other tracks on the album mark a deeper emergences as an observational, socially conscious songwriter.
Recorded at the legendary Capitol Studios in Hollywood, the John Mayer, Sting and Steely Dan influenced Pictures and Frames features the exotic soundscaping of Steve Reid (former percussionist of contemporary jazz powerhouse The Rippingtons) and the all star rhythm section of bassist Lee Sklar (whose 2,000 studio sessions include multiple albums with James Taylor, Phil Collins and Linda Ronstadt) and legendary jazz/rock drummer Vinnie Colaiuta,known for his work with Sting, Frank Zappa, Eric Clapton and Herbie Hancock, among hundreds of others.
As he chronicled on his popular 2008 CD/5.1 Surround Sound DVD package One Night Live, Oliver is renowned throughout the contemporary jazz world for his charismatic one on one relationship with the audience and a wild array of sonic delights that include soulful lead vocals, snappy guitar lines, wild vocal percussion excursion, playful "vocalese" and wonderworking with the synth guitar. He's always sprinkled a few full-on pop/R&B vocal tunes on every album.
As a songwriter, Oliver runs the gamut from pointed social observations like "Instant Gratification" (about the lack of human communication due to our collective obsession with cell phones in our demanding, "push button society") to lush romantic expressions like "A Waltz To You," written in 3/4 time, and the lighthearted "Long Time Comin'," which showcases Oliver's trademark a capella virtuosity and energizing vocal percussion.
Brian Simpson
Inspired keyboardist, composer, prolific studio musician and producer Brian Simpson is a master of all he purveys. His eloquent approach to playing, sophisticated harmonics sense, bluesy overtones, R&B flavor and keen sense of how to craft a song that stands the test of time have made him the go-to man for many. Through the years Simpson has been revered for his unparalleled ability to compose unforgettable melodies and irresistible grooves. Simpson’s soulful approach to music has made him first call for many including Janet Jackson, Teena Marie, George Duke, Stanley Clarke and Dave Koz. A chart-topping musical chameleon who wrote the #1 R&B hit “The First Time” for Surface in the 1990s, Brian Simpson has a knack for churning out timeless anthems.
Simpson’s approach is simple, “I’m following in the footsteps of those that laid the foundation of contemporary jazz music. The fusing of jazz and R&B is just what contemporary jazz is all about.”
Hailing from Gurnee, Illinois, Brian always knew music would play center stage in his life. “Our house was filled with music. I never really considered any other lifestyle,” shares the keyboardist. Simpson’s breakthrough as a solo artist began in 2005 with the #1 radio hit “It’s All Good.” The title track of It’s All Good proved instantly and joyfully prophetic, as it hit #1 on the Radio & Records Smooth Jazz Airplay chart and remained in the Top 5 for four months. His follow-up single, “Saturday Cool,” went Top 15. In 2007 Simpson released Above the Clouds, which delivered the memorable radio hits “What Cha Gonna Do?” (Top 10) and “Juicy” (Top 15). After graduating from Northern Illinois University, Simpson relocated to Los Angeles where he quickly immersed himself in the local jazz scene. Late night jazz sessions found him playing alongside everyone from saxophonists Everette Harp and Boney James to guitarist Norman Brown. The free- spirited musician soon found himself taking a temporary leave of absence from the jazz scene, touring the world with pop divas Teena Marie, Sheena Easton and Janet Jackson. His foray into the pop world didn’t end there; in January 1991, he co-wrote the #1 Pop hit “The First Time” by Surface, which conquered both the R&B and Adult Contemporary charts. Placing his success in pop aside, Brian Simpson has always been a working jazz musician. He has toured with some of the greats of recent jazz history, including George Duke, Stanley Clarke, Larry Carlton, Billy Cobham, and Gerald Albright. Brian had been the musical director for jazz saxophonist Dave Koz for close to 20 years, and for a decade the Musical Director of the ambitious and highly popular “The Smooth Jazz Cruise.”
In 2010 Simpson released South Beach whose title track snagged a #1 slot on the charts. Just What You Need followed in 2013 featuring the Antônio Carlos Jobim/ Vinicius de Moraes classic “The Girl From Ipanema” which hit #1 on the charts and “Emerald City,” a top 3 hit. 2015’s Out Of A Dream featured the Top Ten single “Skywatcher.”
With the release of Persuasion, 2017 should prove to be a year Brian Simpson further asserts himself as one of the most thrilling and innovative pioneers on the contemporary jazz scene.