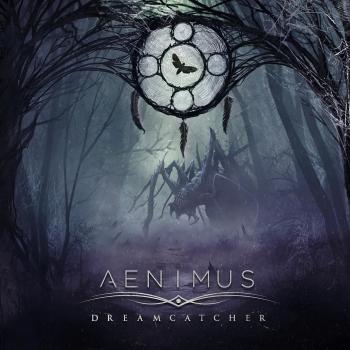 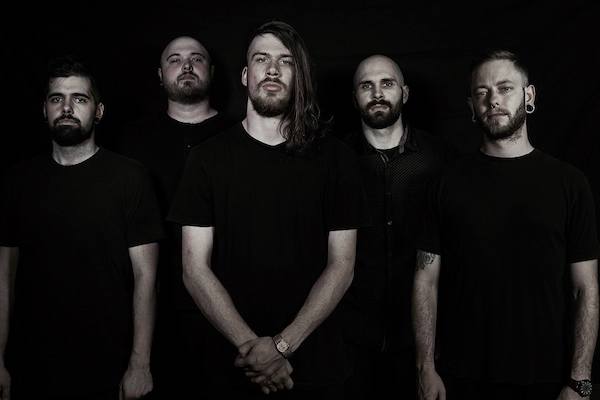 Aenimus
is a progressive, extreme metal band formed in CA. The band released their debut album, Transcend Reality in 2013, engineered by Nick Botelho of NB Recording. Aenimus takes elements from the best in extreme and progressive metal and seamlessly blends them together into one cohesive crushing debut album. Having been compared to the likes of Whitechapel, Veil of Maya, All Shall Perish, Born of Osiris and more, the 5 piece metal juggernaut from the Bay Area in Northern California has incorporated all of their collective influences and have managed to create an album that is so much more than the sum of its parts.
Alex Green
Since a very young age I enjoyed listening to music, appreciating the abundance of sounds people could create with various instruments. Hearing how far an artist could push their vocal limits fascinated me. I found myself listening to different genres to experience new feelings and vibes. It wasn't until later that I started enjoying anything "heavy". The first metal show I ever experienced was watching my brother play for a Michigan based metalcore band "Still Remains". That show was the starting point where I knew I wanted to be in a band and play this kind of intense music. After three or four failed attempts at starting a band I was messaged by Michael Bocock, guitarist for Crescent City Deathcore band As Death Comes Calling to do vocals. My fifth show with ADCC landed me in Eureka, California opening up for Aenimus. The members of the two bands clicked amazingly and eventually did our first tours together in April of 2013 and then again January of 2015. Shortly after I was asked to audition as their frontman. After some audition videos I finally got a call from bassist Seth telling me that I would be added to the roster. I could still not be anymore excited to have the opportunity to write and preform next to some of the most talented musicians I know, and am extremely excited to see what the future holds for us.
Sean Swafford
I was most inspired by friends to pursue music. I wasn't always into metal, but once I heard As I Lay Dying, Thrice and Killswitch Engage I was hooked. I then got into the other genres of metal and found All Shall Perish's album, Awaken the Dreamers. That album changed everything for me. I was later recruited by their ex-guitarist Chris Storey to start a band with him called Smashface. We recorded one album and after several failed attempts at touring we called it quits. I was then approached by Aenimus to join them and here I am. I believe in this band and the people that are in it. I am excited for the future and cannot wait to tour the world.
Jordan Rush
As a child I grew up around a wide array of music ranging anywhere from Metallica to Sanatra to Chick Corea. The heavier side of music appealed to me the most in my younger years. As I got older I was introduced to Dream Theater and that changed my perspective of what was possible in terms of composition, and my affinity for music pushed me to pick up an instrument. At the age of 12 I started playing the drums, eventually learning every Dream Theater song I could. By the age of 18 I had to part ways with the kit but still had to play so I borrowed my friend's acoustic guitar and never put it down. Learning Coheed and Cambria to Avenged Sevenfold and eventually finding my way towards bands such as Atreyu, As I Lay Dying and Killswitch Engage. Years later I would rediscover my love for Prog Metal with the likes of Protest The Hero, Between the Buried and Me, Periphery and Animals as Leaders, who also influenced my decision in getting an extended range guitar...and ever since then I've been playing a 7 string, it's made its way to my primary instrument and I couldn't imagine life without it now.
Seth Stone
Music has been a part of my life for as long as I can remember. Growing up I was the kid that was always singing a song, no matter where I went, what I was doing I always had a song in my head. From the moment my parents got me my first bass I surrounded myself with music, I literally tried to make it my life. After high school I knew music was my passion and it was my dream to pursue it as a career. With the support of my family and friends that is exactly what I am now doing. I'm so excited and thankful to be in a band with such talented musicians and can't wait to show you what we have in store for the future.
Cody Pulliam
Music has been my passion since middle school when I picked up my first bass. A few years after that I found my love for drums and haven't put the sticks down since. When I heard The Black Dahlia Murder and Job For a Cowboy I was fascinated by the speed at which these drummers were playing, and knew that was how I wanted to play. From there I started a band with my friends called Hail The Artilect, based out of Portland, Oregon. We began to play shows in Portland, one of those shows opening an Aenimus tour. A while down the road, they expressed interest in me as a drummer and eventually everything fell into place. I am always looking for ways to improve, new techniques and perfecting my playing. I am very excited to see what comes of Aenimus in the future!