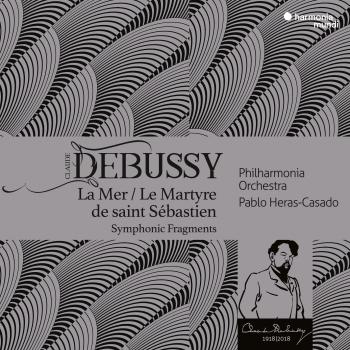 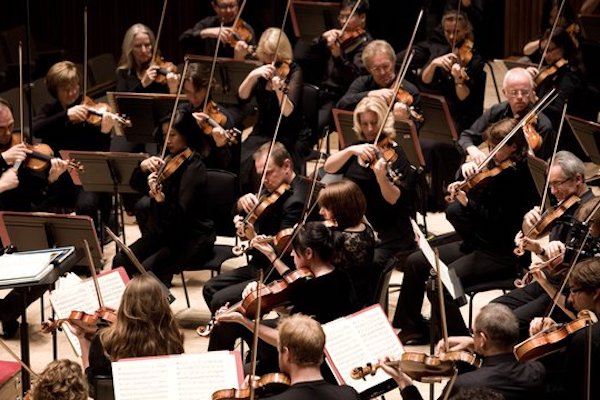 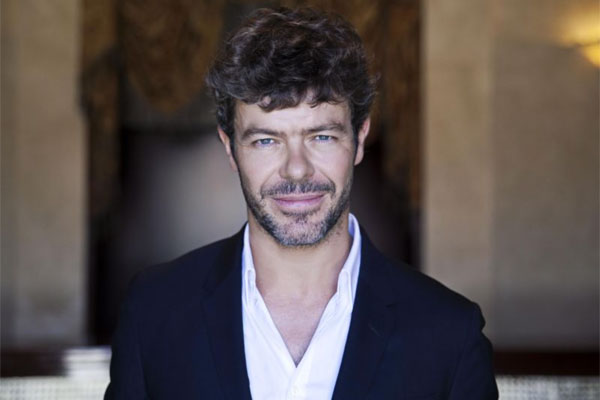 The Philharmonia Orchestra
is a world-class symphony orchestra for the 21st century, led by Principal Conductor & Artistic Advisor Esa-Pekka Salonen. The Orchestra’s home is Southbank Centre’s Royal Festival Hall, London, where it presents over 50 performances each year. Six other residencies across the United Kingdom bring the Philharmonia to a wide national audience. Internationally, the Philharmonia is active across Europe, Asia and the United States of America. The Philharmonia was founded in 1945. It has been self-governing since 1964 and is owned by its 80 members. Esa-Pekka Salonen has been Principal Conductor since 2008. Jakub Hrůša and Santtu-Matias Rouvali are Principal Guest Conductors, and honorary conductor positions are held by Christoph von Dohnányi and Vladimir Ashkenazy. The Philharmonia’s Principal International Partner is Wuliangye.
Pablo Heras-Casado
enjoys an unusually varied conducting career, encompassing the great symphonic and operatic repertoire, historically-informed performance and cutting-edge contemporary scores. In 2011 he was announced Principal Conductor of the Orchestra of St. Luke's in New York, beginning a four-year term including an annual concert season at Carnegie Hall.
In 2013/14 Heras-Casado debuts with the New York Philharmonic, Philadelphia Orchestra, London Symphony Orchestra, Philharmonia Orchestra and Gewandhaus Orchester Leipzig – as well as at the Metropolitan Opera, where he conducts Verdi's Rigoletto. He returns to Carnegie Hall and the Caramoor Festival with the Orchestra of St. Luke's, and conducts Beethoven's Symphony No.9 at the New Year's concerts of Staatskapelle Berlin. Other highlights include return performances with the San Francisco Symphony, Münchner Philharmoniker, Royal Concertgebouw Orchestra, Rotterdam Philharmonic Orchestra and Ensemble intercontemporain. He also tours with Freiburger Barockorchester and guest conducts a series of concert and opera performances at the Mariinsky Theatre.
Past seasons have seen the Spanish conductor make important appearances with orchestras such as the Berliner Philharmoniker, Symphonieorchester des Bayerischen Rundfunks, Los Angeles Philharmonic, Boston and Chicago symphony orchestras, and the Cleveland Orchestra. He was also re-invited by Mahler Chamber Orchestra, Tonhalle-Orchester Zürich, Orchestra dell'Accademia Nazionale di Santa Cecilia, Spanish National Orchestra and Teatro Real, Madrid. In 2012/13 he appeared for the first time at Deutsche Oper Berlin and Oper Frankfurt, while 2012 marked his debut at the Salzburger Festspiele.
In September 2013 Harmonia Mundi releases Heras-Casado's recording of Schubert's Symphonies Nos.3 & 4 with Freiburger Barockorchester. A second album, featuring Symphonieorchester des Bayerischen Rundfunks in Mendelssohn's Symphony No.2, "Lobgesang", follows in March 2014. Meanwhile Deutsche Grammophon's Archiv Produktion – which recently welcomed Heras-Casado as an "Archiv Ambassador" – has announced an album celebrating legendary castrato singer Farinelli. Autumn 2013 also sees the release of a disc on Sony featuring Placido Domingo in baritone arias by Giuseppe Verdi with the Orquestra de la Comunitat Valenciana conducted by Heras-Casado.
Recognized also for his work with contemporary music, Heras-Casado is a laureate of the 2007 Lucerne Festival conductors' forum. In Summer 2013, he returns for the third time to co-direct the festival's Academy at the personal invitation of Pierre Boulez.
Heras-Casado is the holder of the Medalla de Honor of the Rodriguez Acosta Foundation, and in February 2012 was awarded with the Golden Medal of Merit by the Council of Granada, his hometown, of which he is also an Honorary Ambassador. His 2011 DVD recording of Kurt Weill's "Rise and Fall of the City of Mahagonny" from Teatro Real received the Diapason d'Or.