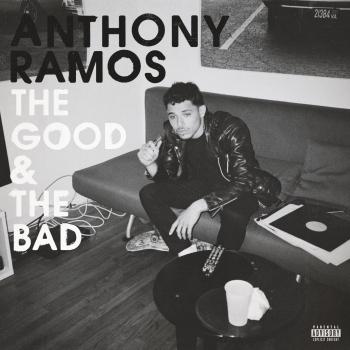 The Good & The Bad

Anthony Ramos
Born and raised in Bushwick and of Puerto Rican descent, Anthony Ramos first made his mark originating the dual roles of John Laurens and Philip Hamilton in the TONY® and GRAMMY® Award-winning Broadway smash Hamilton. In 2018, Ramos ignited his music career as an independent solo artist on his own terms. Not only did he lend his voice to Lin-Manuel Miranda’s “Almost Like Praying” benefit single, but he also began architecting a sharp and soulful signature take on contemporary music. He teamed up with producer Will Wells [Logic, Pentatonix] for The Freedom EP, which garnered acclaim from Billboard and many others.
In 2018, Ramos appeared in the Academy Award-winning film A Star Is Born, directed by Bradley Cooper and starring Lady Gaga where he played ‘Ally’s’ (GaGa) best friend. Most recently, he starred in the critically-acclaimed Netflix series She's Gotta Have It, created by Spike Lee, based on his 1986 film.