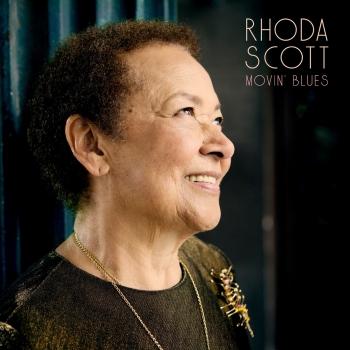 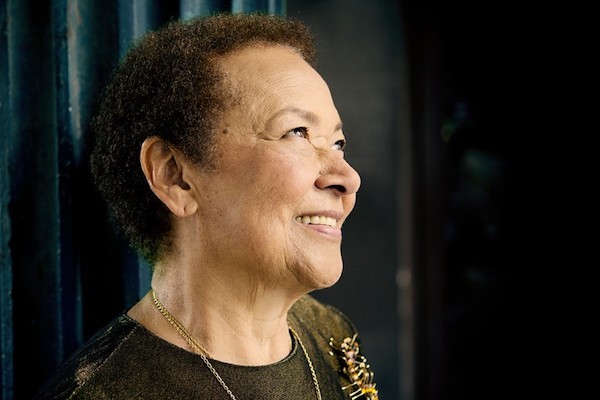 Rhoda Scott
born in 1938 in Dorothy, New Jersey, U.S.A., is the daughter of an itinerant minister, and she grew up in the tradition of small African-American churches. It is while accompanying the Gospels and Negro Spirituals at the age of 8, that her exceptional musical talent was revealed.
Although self-taught, she was determined to perfect her musical education, and after attending Westminster Choir College in Princeton, New Jersey, she entered Manhattan School of Music in New York, where she was awarded the Borden Prize for the highest academic average, and obtained her Master of Music degree in 1967.
She came to France for the first time in July 1967 to study counterpoint, harmony, and composition at the American Conservatory of Beaux Arts in Fontainebleau, with the great Nadia Boulanger, who had also taught, among others, Aaron Copeland, Pierre Henry, Phillip Glass, and also Quincy Jones.
After such an illustrious cursus, Rhoda Scott is at ease in any context: classical music, jazz, gospels and blues. Gifted with an exceptional memory, she can play hundreds of themes from standards, but capable of composing a large part of her repertory.
It was Count Basie who discovered her and hired her to play in his club in Harlem, which is where Eddie Barclay, during a stay in New York with his friend Raoul Saint-Yves, heard her play. Impressed by her original style and her communicative talent, they suggested she come to Paris. Director of the renowned jazz club, Le Bilboquet, Raoul Saint-Yves signed her on in July 1968. The following year her first French album was released on the Barclay label, “Take A Ladder,” on which, accompanied on drums by Daniel Humair, she interpreted jazz standards, as well as themes from “West Side Story,” and her own composition, “Take A Ladder.” The album was an immediate success, both critical and popular.
Mastering perfectly her Hammond Organ, the famous B-3, attached to three Leslie speakers, Scott records and performs generally with her only support being a drummer, playing her own bass lines on the organ pedalboard. She invariably removes her shoes to play, which has earned her the nickname of “The Barefoot Lady,” or in French, “l’Organiste aux Pieds Nus.”
In October 1969, she wed Raoul Saint-Yves who continued to be the producer of her numerous recordings, usually associated with a particular circumstance (“Live At The Olympia in 1971, “In New York With Thad Jones and Mel Lewis Jazz Orchestra” in 1975, “With Kenny Clarke” in 1977, etc.) or a particular theme (“Ballades” in 1973, “Orgues de Noël” in 1977, “Negro Spirituals” in 1983, etc.) All published on the Barclay label. In 1978, Eddie Barclay presented Scott with a trophy attesting the sale of over 500 000 albums sold.
With the arrival of the Compact Disc, while many of her vinyl albums were being re-edited or compiled, Scott signed a contract with the Verve label and recorded “Frame For The Blues” (1992,) “Feeling The Groove” (1993,) and “Alone” (1997.) In 2003, her “Encore, Encore, Encore,” with Lucien Dobat on drums, was released on the Sunnyside label (USA).
Scott is frequently sought after for her powerful Hammond sound. Among her many collaborations, one can mention “Organ Masters” with Emmanuel Bex, Thierry Eliez, Stéfan Patry, and Benoît Sourisse, “Soul Sisters” with singer La Velle, “Rock My Boat “with David Linx and André Ceccarelli, or “Djangolized” with violinist Aurore Voilqué. On stage, she has been seen with Ella Fitzgerald, George Benson, ,and Ray Charles.
At the famous festival, “Jazz à Vienne” she created in 2004 the Rhoda Scott Lady Quartet with musicians Sophie Alour (tenor sax,) Airelle Besson (bugle,) and Julie Saury (drums.) A group that has lasted, with Airelle Besson being replaced by Lisa Cat-Berro (alto sax.) often appearing at the Sunset Jazz Club in Paris, and on tour.. In 2017, Stéphane Portet, owner of the Sunset, created his own label in order to record the CD “We Free Queens”, with special guests Geraldine Laurent, Anne Pacéo, and Julien Alour.
In 2018, Soctt was promoted to the title of Commandeur in the Order of Arts and Letters. She lives regularly in Chartres, and is active with many choral groups, having made arrangements of Negro Spiritual which are sung throughout France. In 2014, 47 years after her first Master’s degree, Scott obtained a Master of Arts degree in Jazz History and Research from Rutgers University of New Jersey.
For her 80th birthday, Scott has chosen the rising generation of jazzwomen in France. The grand lady of the Hammond organ offers us a jazz which is generous with swing and a touch of blues; a music as joyful as it is lively, music within every listener’s field of reference.